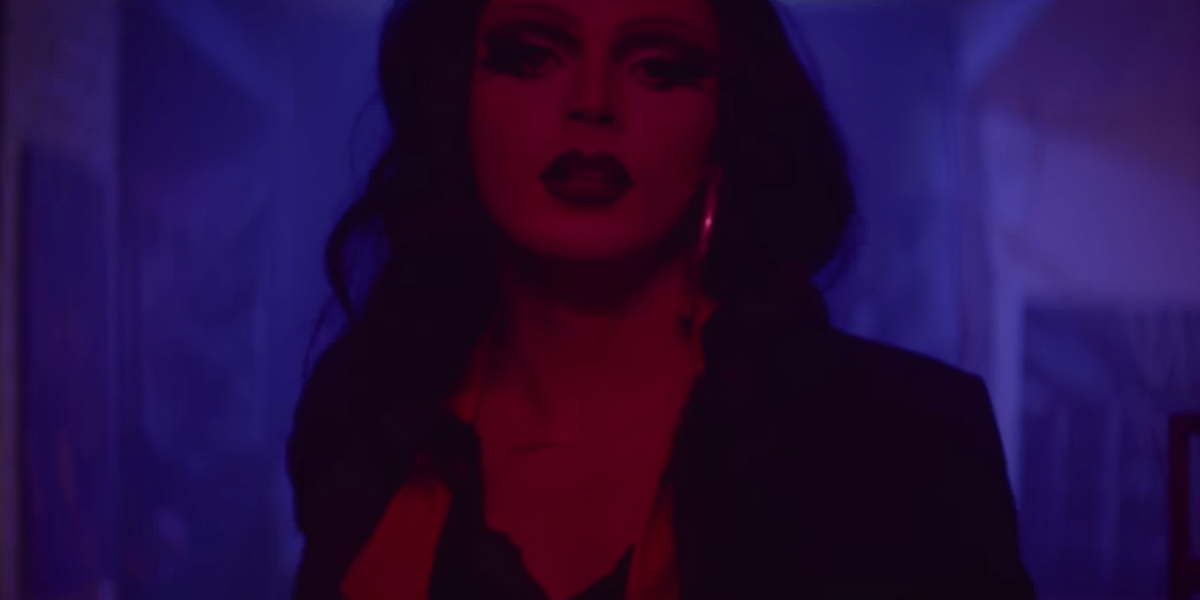 It's been two years since Hurts released their last album, the excellent Surrender, in 2015. So it's about time that they made a comeback with a song every bit as large and anthemic as their past work. "Beautiful Ones," a bold song about unapologetically being yourself even in times of resistance and adversity, is a welcome return from the charmingly handsome duo, but it's the song's accompanying music video that really packs the emotional punch.

Starting at the end, the video's first image is striking: a group of three men laying lifeless in the middle of the street and a badly beaten person crying behind the wheel of a car. Context for the scene comes as the plot progresses. Moving in reverse order back through the events of the night, what the story ultimately reveals is heartbreaking. As it turns out, the battered person behind the wheel had been jumped and stripped down by the gang of men.

Though that alone would be enough to send anybody with a heart into an uncontrollable fit of tears, the video also provides an interesting twist to the narrative that makes its message even darker. One of the attackers had hit on the victim earlier in the night, but was rejected.

Right now, California is the only state that has banned the use of gay or trans "panic defenses," which allow perpetrators of assault or murder against members of the LGBTQ community to get away with their crimes by claiming that a victim's sexual or gender identity caused them to act out in a temporary fit of insanity. As we see the protagonist of Hurts' "Beautiful Ones" video politely decline the advances of one of the eventual attackers, it's hard to ignore how the law helps advocate for this type of behavior.

Shed a few tears with the full video below.