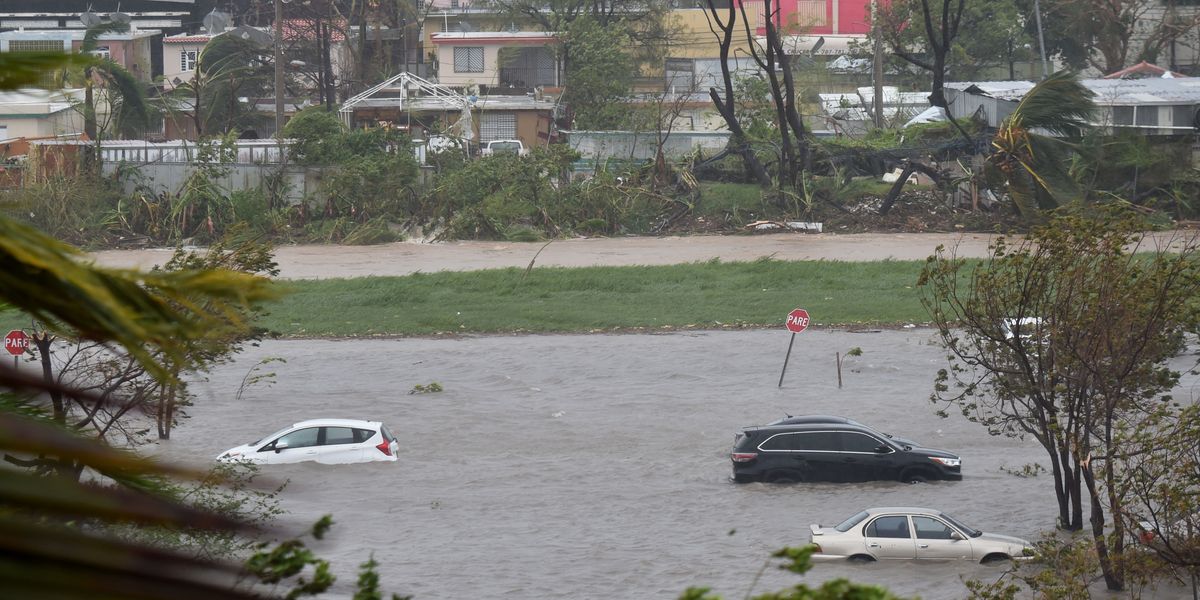 Last September, category 4 storm Hurricane Maria devastated Puerto Rico, leaving the island flooded and without power for months. The official death toll for the hurricane has been reported by the federal government as 64 people for months, but a recent study published in the New England Journal of Medicine says that a much higher number—5,740 people—have died as a result of the storm.

The researchers, who are from Harvard's Chang School of Public Health, teamed up with graduate students at Carlos Albizua University and Ponce Health Sciences University as well as other students based in Boston and Colorado to survey 9,522 people from 3,299 randomly-selected households to determine the number of people who died between when the storm hit on September 20th and December 21, 2017.

The people were surveyed over the course of three weeks in January and reported 38 deaths. The number was then scaled up to match the island's 3.4 million person population. The number of naturally-occurring deaths that happened the year before was subtracted from the number to estimate how many people died in 2017 due to the storm.

Related | The Future of PRIMA, a Fund For Puerto Rico's Indie Scene

Scientists involved in the study think that the death rates are still being affected by the storm. They write, "Hurricane Maria caused massive infrastructural damage to Puerto Rico. In our survey, interruption of medical care was the primary cause of sustained high mortality rates in the months following the hurricane."

Buzzfeed News reports that there haven't been specific parameters to determine what is considered a hurricane-related death. The initial number reported only accounted for people who died directly because of the of the storm, but Buzzfeed found 911 people who were potentially victims of the hurricane had been cremated without being included in the official death toll. CNN found 499 people died when they surveyed funeral homes, and The New York Times found more than 1,000 additional deaths between September and October of 2017.

The United States government's response to the storm has been consistently inadequate. President Trump took five days to respond after the hurricane hit and then accused San Juan's mayor of poor leadership, and the U.N. criticized the United States for "absence of adequate emergency response."