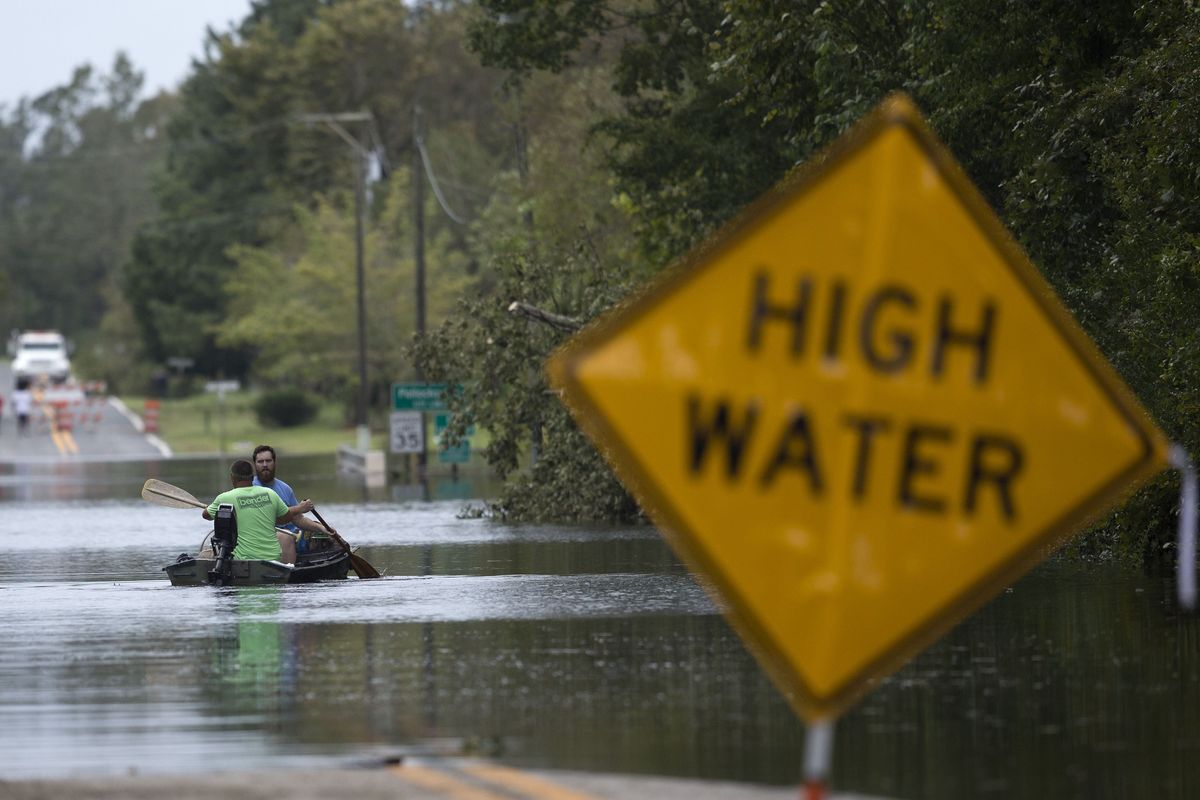 Hurricane Florence Is Getting Worse: Here's How You Can Help

Hurricane Florence has already claimed at least seventeen lives, and officials warn that the worst is yet to come.

"It is seriously damaged, and we're just getting prepared for the worst," an official of North Carolina's Hoke County Office of Emergency Management told The Washington Post early this morning. Water levels are still expected to rise and may not crest until midweek. Flooding continues to be the most extreme risk, but the storm also threatens landslides, gas shortages and power outages.

The storm has "never been more dangerous than it is right now," Gov. Roy Cooper said at a press conference last night. "Do not underestimate the storm."

Florence's epic rainstorm isn't quite over yet. Rivers and creeks will continue to rise for days. But one thing is… https://t.co/ZWLiAOZGmz
— Eric Holthaus (@Eric Holthaus)1537197763.0

A one-year-old boy was swept away outside of Charlotte late night, while others have died due to fallen trees, car accidents, carbon monoxide poisoning, electrocution, and medical conditions due to a lack of available care and first-responders. Beyond the death toll, hurricane-force rains and catastrophic flooding have closed scores of roadways, cutting off access to cities like Wilmington entirely, left nearly half a million people without power and forced tens of thousands to evacuate, while thousands of others have had to be rescued.

The storm also creates a slew of indirect health and safety risks. The U.S. Department of Agriculture is warning people to take precautions with food safety due to power outages. The industrial livestock farms in North Carolina, if hit with floodwaters, threaten to unleash dangerous chemicals, viruses and bacterias, while coal energy facilities, if struck could leak toxins like arsenic and mercury. Flood-water itself is typically contaminated with sewage and pollutants, posing a health risk to anyone coming in contact with it.

As the storm gears up and continues to put millions in danger, here's how we can help out:

Sending food, clothes and other items can definitely be useful, but donating money to trusted organizations is always the most efficient way to help in a natural disaster, according to FEMA. The North Carolina Disaster Recovery Fund, The United Way, and One SC Fund are all good bets.

Google is conducting a one million dollar matching challenge campaign for the American Red Cross, while Amazon customers can donate to the Red Cross by saying "Alexa, make a donation to Hurricane Florence." GoFundMe has set up an aggregated page for fundraising efforts.

Read Vox and Forbes' guides on where, what and how to donate after a natural disaster.

Find a list of food banks in the Carolinas here.

Durham's Diaper Bank of North Carolina is collecting diapers and feminine hygiene products for displaced residents. Save the Children is collecting portable cribs and toys to set up child-friendly spaces in shelters. Disaster relief non-profit The Cajun Navy is accepting various supplies.

Blood donations are desperately needed, as natural disasters interfere in local collection. Red Cross can help you find the closest donation center to you.

5. Volunteer with established organizations (don’t head down by yourself).

Volunteers are needed in the Carolinas, however, officials have urged that individuals do not "self-deploy" and head down to the affected areas on their own, potentially putting themselves in harms way.

Red Cross is recruiting volunteers who live in the region to assist at shelters and the United Way Association of South Carolina is connecting volunteers with non-profits performing clean-up and rescue efforts.

The Governors' Office of North Carolina and the National Voluntary Organizations Active in Disaster are also connecting volunteers with local needs.