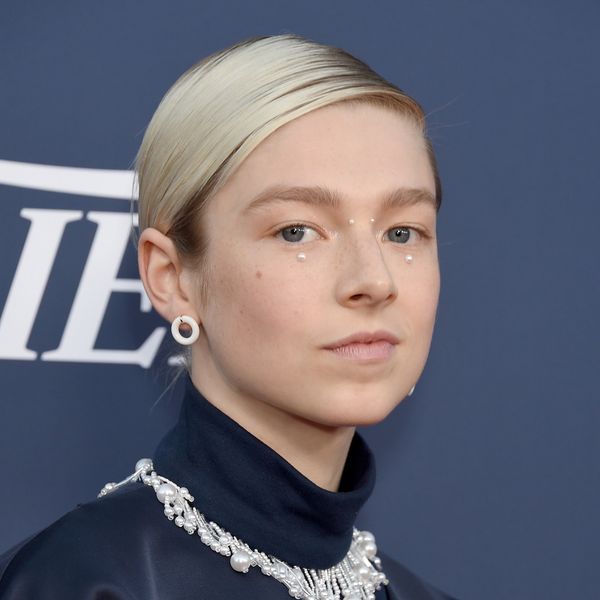 satin mini skirt Although Euphoria, HBO's feisty new teen drama, may have come to an end, the show offered so much more than its captivating storylines and brilliant performances. In addition to its realistic albeit controversial themes, makeup artist Doniella Davy's work has become a major talking point for fans of the show globally.

Davy's work was designed to translate the struggles of the show's central characters into bold lip colors, sparkling eyeliners, and more. Take for instance Hunter Schafer, whose Euphoria character, Jules, and her identity struggle as a young transgender woman, is reflected across the diverse beauty looks depicted throughout the series.

"The makeup is a constant reflection of what the characters are going through," Davy previously told PAPER. "Jules' looks have functioned like a mood ring throughout the whole season, starting with more optimism, and ending in a much darker state."

Although the show has concluded, Schafer continues to dazzle fans with her risk-taking style. Just this week, the young actress arrived at the Variety Power of Young Hollywood event in a string of pearls elegantly embellished on her face and fingers.

While two big pearl appliqués were placed under her eyes, two smaller ones adorned the sides of her nose. Her bright pink-hued nails were also contrasted by a line of pearls across her fingers.

Makeup artist Sandy Ganzer was the mastermind behind Schafer's look, and crafted it to match the actress' gorgeous Christopher Kane satin mini skirt and jacket set that she further accessorized with a fringed pearl necklace.

To finish, were her navy platform heels, and two differently sized circular earrings dangling across her ears. The glamorous look echoed her Euphoria character that also often appeared covered in glitter and embellishments.

Pearls have ascended from being a mere accessory to a major makeup trend. While influencers and bloggers have been at the forefront of this spring's new beauty push, including PAPER's Coolest Person in the Room Austin Smith, it was also Adeam's fall 2019 show that reintroduced the use of pearls as makeup to a luxury market.

Of course, the likes of Lady Gaga have been championing today's trend way before it got Instagram famous and was first seen rocking a string of pearls at a charity gala in 2010. And then in 2015, Givenchy sent down one of the models decked in head-to-toe pearls.

Now, with this new look, Schafer seems to be making the case for a toned-down 2019 iteration of the look.