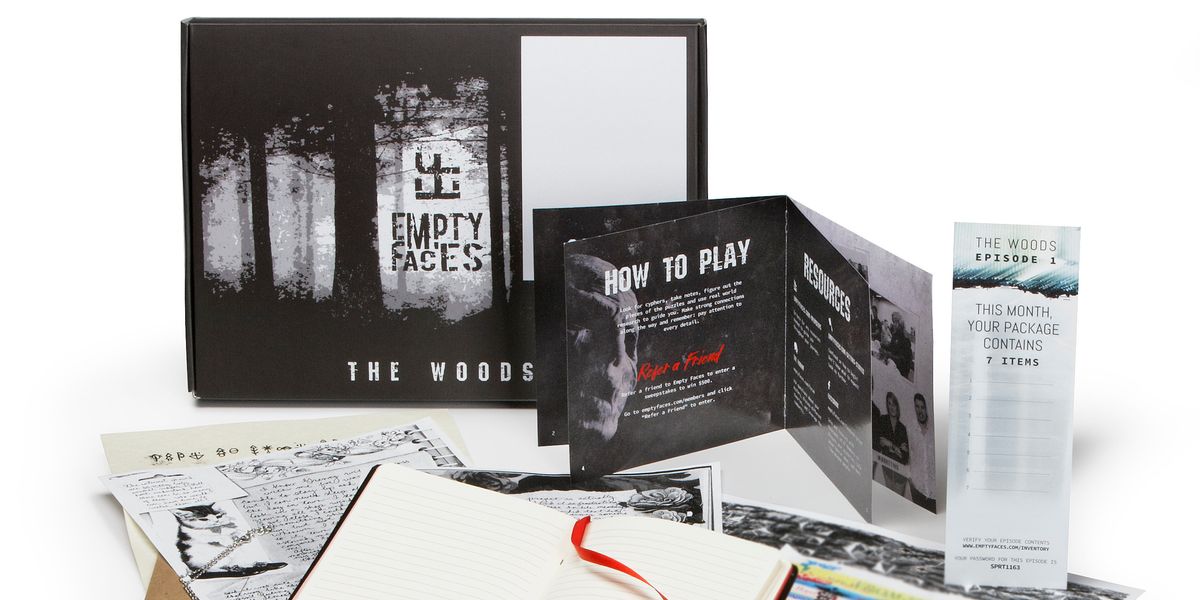 Binged Every True Crime Doc on Netflix? Add This to Your Holiday Wish List

Gone are the days when subscription boxes were just for beauty gurus willing to spend exorbitant amounts of cash on miniscule makeup samples. While 2018 seemed to be the year of weirdly enticing, and oddly specific subscription boxes — from Amber Rose's SlutBox to the craft beer bro box, Beerology — a victor has emerged. For all those still trying to convince their friends that Ted Cruz is the Zodiac Killer, there's finally a subscription box just for you.

Hunt A Killer is an interactive subscription box that calls upon you, the at-home true crime expert, to solve a real world murder mystery. It's like bringing an escape room to your doorstep each month. The $30 per month box is filled to the brim with clues, objects, and ciphers that will challenge you way more than solving the case of Colonel Mustard in the Ballroom with the Revolver.

The boxes seem to be best purchased by season; each "season" contains six episodes, and each box accounts for a single "episode." Get ready for the longest episode of True Detective, ever. You're not in it alone, though, because Hunt A Killer has an active online community of fellow subscribers, communicating and discussing their boxes and debating strategy. It's what appears to make the box unique from other interactive games; it isn't just a game, it's a strategic mind-bender that practically turns you into a true crime detective.

There's an alternative to Hunt A Killer, though, from the same makers, for those that want a more specific and focused experience. The Melancholy Killer is a single-story, single-purchase box that follows the life of poet-turned-killing machine Edgar Lee Dwyer. It is said that Dwyer was convicted of several violent, coast-to-coast murders, and that it's your job to uncover the truth about the murders. Detectives are enticed to delve deep into the personal belongings of Dwyer, dissect his cult following, and figure out if he really was The Melancholy Killer at all.

While these boxes sound like insomnia-causing wild rides, there's another alternative for those that prefer some ghosts in their horror movies. For people who enjoy the late-night eeriness of an episode of Ghost Hunters over the real-worldness of Hunt A Killer, there's the equally as terrifying Empty Faces box. The Empty Faces box is a supernatural horror mystery, and is $30 per month, like the original Hunt A Killer box. Take that, Paranormal Activity 4.

Each box has its highlights, but more confident detectives will probably opt for heavy caseloads and take on all three at once. Regardless, the scary boxes seem to be the perfect gifts for those who have exhausted even the most obscure depths of Netflix's Thriller section.