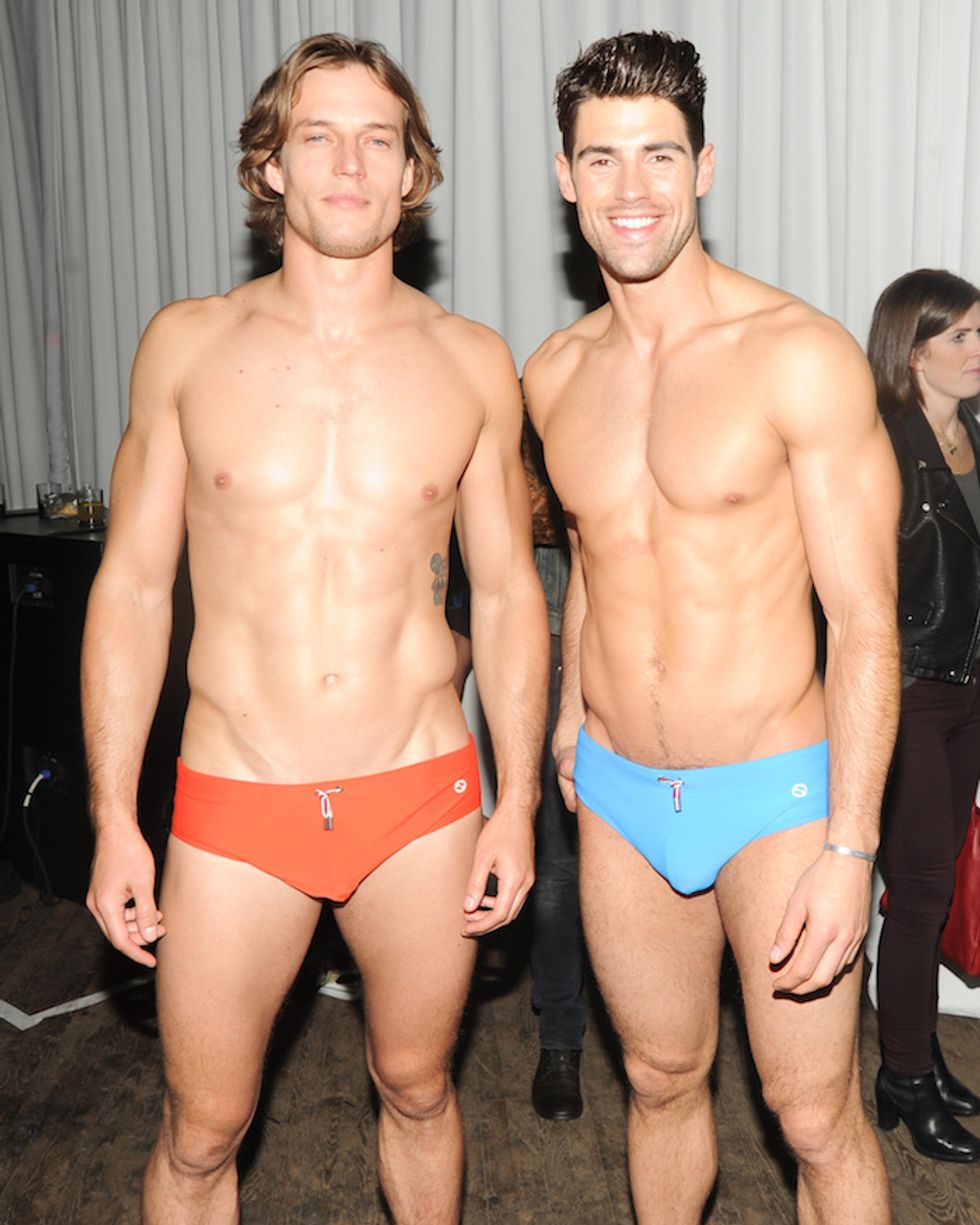 Hunks in Speedos for a Great Cause at Jeffrey Fashion Cares

by Mickey Boardman
PAPERMAG
Chad White (right) gets ready to strut his stuff at Jeffrey Fashion Cares. Photo by Neil Rasmus/BFAnyc.com
Every year Jeffrey Fashion Cares attracts a cavalcade of well-dressed do-gooders who have helped turn the event into one of the most important AIDS charity fundraisers of the year (benefiting ACRIA, Hetrick Martin Institute and Lambda Legal). Founded by retailer Jeffrey Kalinsky the event has raised over 5 million dollars over the years for those organizations. Of course the noble cause is the motivation for the hordes of high-end LGBTQties and their straight friends to turn out but it doesn't hurt that there's always a fashion show featuring some of the hunkiest male models in the universe wearing everything from head-to-toe Givenchy to barely-there underpants. Brian Shimansky, a former PAPER Beautiful Person and most recently the star of the Versace Eros campaign is pragmatic about the styling. "Last time I did an American flag speedo. I did wrestling gear at one point," he laughs. "I always come ready to wear the speedo. And when I don't have to wear it I just hit the buffet hard before the show. " Model Chad White, one of Shimansky's fellow Beautiful People and considered to have one of the best bodies in the business, says, "I've worn the speedo so many times that sometimes I fight for clothes. " He adds, "We work out so we can look good in the speedos. You get a lot of attention if you do  get picked. Whatever they want us in we'll it."