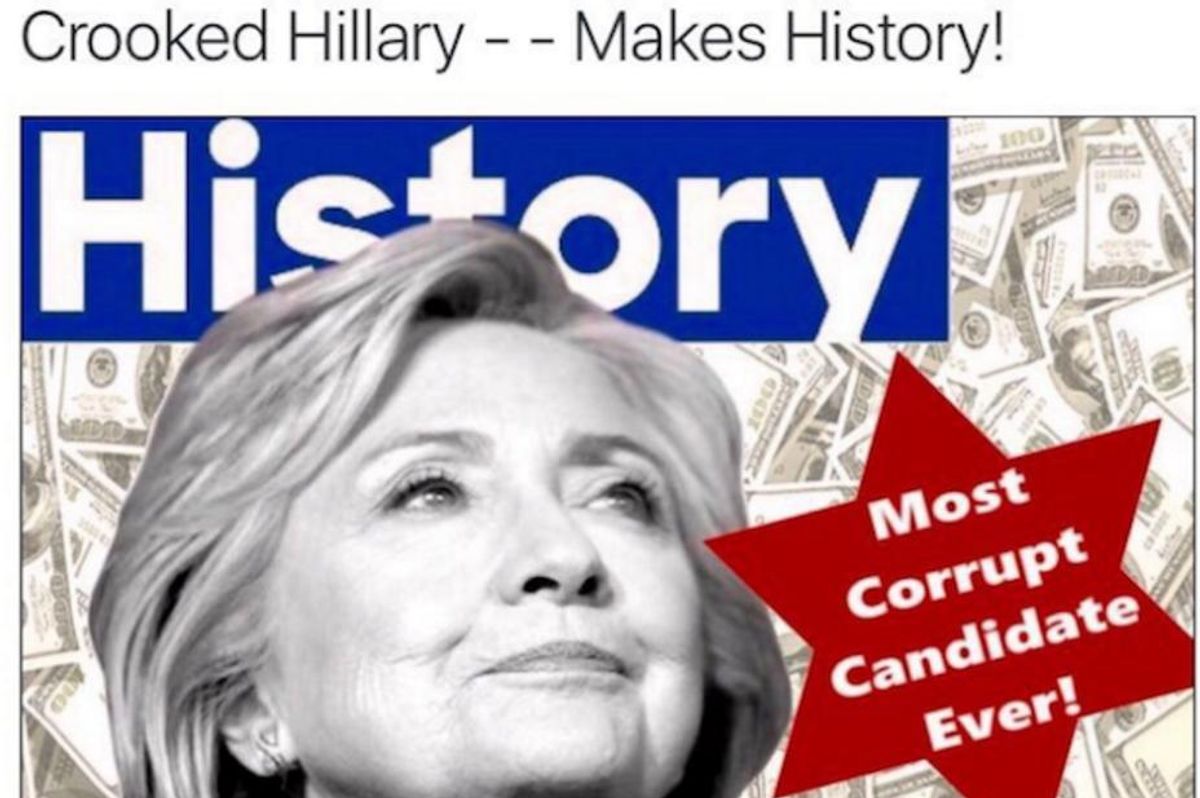 UPDATE: Jared Kushner Writes His own Op-Ed In Response To To Dana Schwartz's Open Letter

UPDATE: Observer owner/Trump's son-in-law, Jared Kushner, has published a piece of his own for the Observer, reacting to the open letter written by his employee, Dana Schwartz.

Kushner's piece, which explores his familial relationship to Trump, does not really do much to counter Schwartz's rightful, wonderfully articulated point that whether or not Trump himself is anti-Semitic isn't the issue: it's that his rhetoric and outlandish stunts, like the tweet in question, court people who are, in fact, horrifyingly racist, anti-Semites.

On Tuesday, Observer staff writer Dana Schwartz of the all-too-real Guy in Your MFA twitter account, penned a passionate letter to Donald Trump's son-in-law, Jared Kushner. Kushner just so happens to be Dana Schwartz's publisher at The Observer, where she's a staff writer.

Titled " An Open Letter to Jared Kushner, From One of Your Jewish Employees," Schwartz urges Kushner, who is also Jewish, to take a public stand against Trump's recent antisemitism, specifically the attack ad he posted on Twitter recently that had Hillary Clinton's face next to a bunch of money and the start of David.


Trump took the photo down, replacing it with another rendering -- this time with the star covered by a circle. Trump claimed the original image was intended to depict a "sheriff's star." In his tweet, Trump made the following remarks:

Dishonest media is trying their absolute best to depict a star in a tweet as the Star of David rather than a Sheriff's Star, or plain star!
— Donald J. Trump (@realDonaldTrump) July 4, 2016

However, to anyone with a cursory understanding of history and working eyeballs, the symbolism and its implied message is clear and hugely offensive.

Some excerpts from Schwartz's piece, which puts Trump's claims of innocence in its crosshairs:


Mr. Kushner, I invite you to look through all of those images in the slideshow above, the vast majority sent in your father-in-law's name. Right now, this hate is directed to one of your employees, but the message applies equally to your wife and daughter.

You went to Harvard, and hold two graduate degrees. Please do not condescend to me and pretend you don't understand the imagery of a six-sided star when juxtaposed with money and accusations of financial dishonesty. I'm asking you, not as a "gotcha" journalist or as a liberal but as a human being: how do you allow this? Because, Mr. Kushner, you are allowing this. Your father-in-law's repeated accidental winks to the white supremacist community is perhaps a savvy political strategy if the neo-Nazis are considered a sizable voting block—I confess, I haven't done my research on that front. But when you stand silent and smiling in the background, his Jewish son-in-law, you're giving his most hateful supporters tacit approval. Because maybe Donald Trump isn't anti-Semitic. To be perfectly honest, I don't think he is. But I know many of his supporters are, and they believe for whatever reason that Trump is the candidate for them.

I can't abide another defensive blame-shift to the media or to "politically correct culture gone amok." David Duke, outspoken and explicit white supremacist, anti-Semite, and former grand wizard of the Ku Klux Klan, saw the image your father-in-law tweeted out, and to him the message was quite clear to him. Those aren't stereotypical "sheriff" hands in the corner.

Schwartz, who was sent hateful tweets by Trump supporters when she voiced her outrage over the Clinton image, goes on:

And now, Mr. Kushner, I ask you: What are you going to do about this? Look at those tweets I got again, the ones calling me out for my Jewish last name, insulting my nose, evoking the holocaust, and tell me I'm being too sensitive. Read about the origins of that image and see the type of people it attracted like a flies to human waste and tell me this whole story is just the work of the "dishonest media." Look at that image and tell me, honestly, that you just saw a "Sheriff's Star." I didn't see a sheriff star, Mr. Kushner, and I'm a smart person. After all, I work for your paper.

Ending her piece with a quote from Edmund Burke, Schwartz reminds readers that history often repeats itself, and that silence begets evil.

"My father-in-law is an incredibly loving and tolerant person who has embraced my family and our Judaism since I began dating my wife," Kusher said in a short messaged relayed via Shushannah Walsh at ABC News.

"I know that Donald does not at all subscribe to any racist or anti-semitic thinking. I have personally seen him embrace people of all racial and religious backgrounds. The suggestion that he may be intolerant is not reflective of the Donald Trump I know."

Schwartz responded on Twitter, reminding Kushner that telling the world Trump is a good guy because he simply knows him to be one is deeply not enough.

"With all due respect, Mr. Kushner," she wrote, "That wasn't the point."