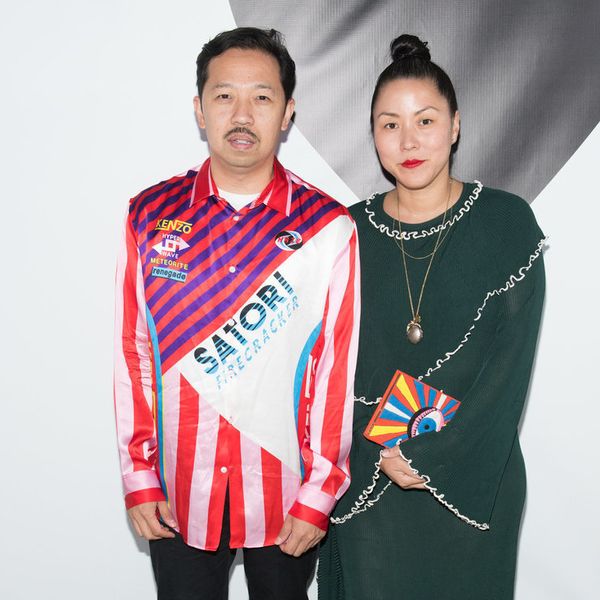 Humberto Leon and Carol Lim spent eight years as co-creative directors at Kenzo, turning the French, LMVH-owned brand into the cool, accessible hybrid of streetwear and luxury fashion it is today. Today, they've announced they're leaving the brand for good, to focus full-time on Opening Ceremony, the brand they founded together in 2002, which first made them famous.

According to Vogue, the duo have reacquired all shares of Opening Ceremony, and are leaving Kenzo with the intent of expanding and experimenting with the company. "With full control of the company we are focused on growing our company even further," Leon and Lim told the outlet.

Lim and Leon were the first Asian-American artistic designers at LMVH. During their tenure, they played with tradition and broke rules, creating viral campaigns with stars as diverse Karen O and Britney Spears and Macaulay Culkin, directors like Spike Jonze and Sean Baker, collaborating with commercial brands like H&M, and casting only Asians models for a Spring runway show last year. In particular, their tenure at Kenzo produced competitively priced clothes, far more accessible to your average shopper than many of their peers, while maintaining their stakes in the luxury world.

"We are thankful to our wonderful Kenzo team and the LVMH group for the opportunity to take forward [founder of Kenzo] Takada's groundbreaking legacy," Leon and Lim said in a joint statement. "We are excited to bring so many rich experiences and memories from our time at Kenzo to new frontiers."

According to LVMH, Kenzo's next "creative step" will be announced soon. Good luck to Humberto and Carol on whatever's next!