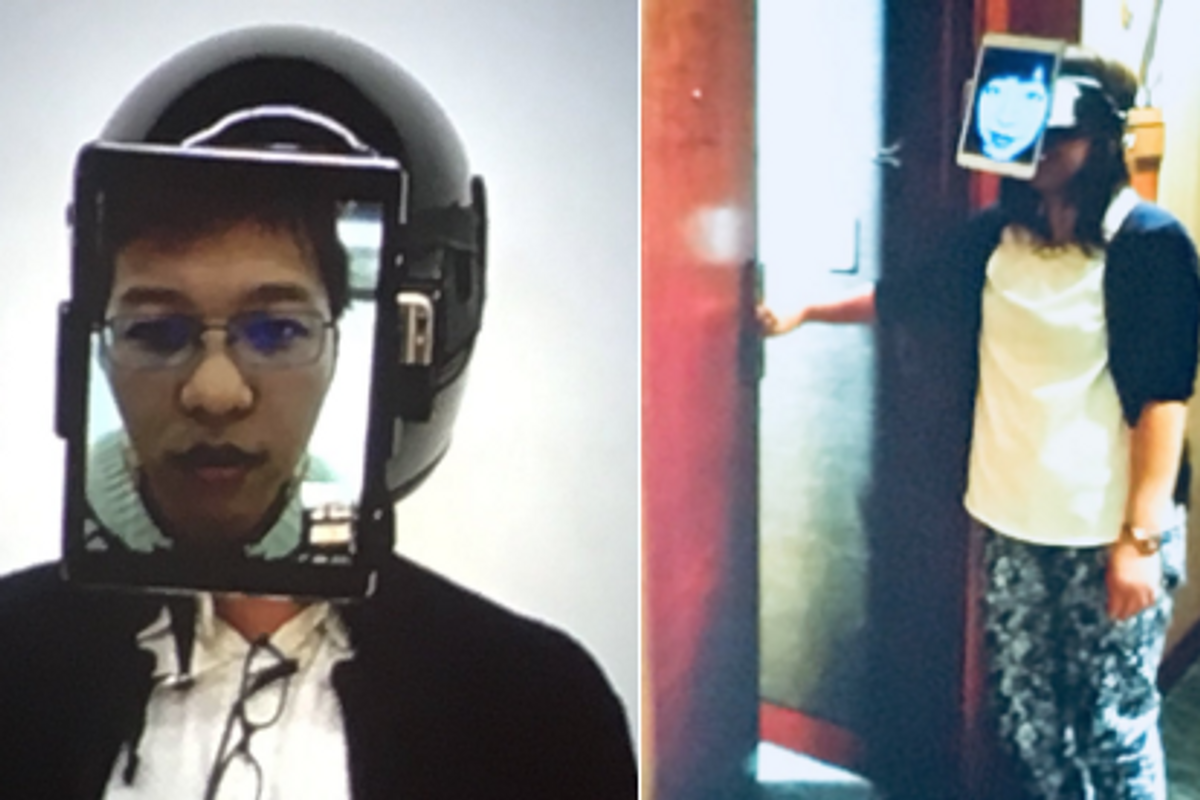 You Can Now Successfully Avoid Social Contact with 'Human Uber'

Gig economy apps like TaskRabbit, Postmates and DoorDash have made paying a stranger to go out and run errands for you increasingly easy, and now the ultimate couch potato's dream has come true: "ChameleonMask," (Human Uber, on Twitter), a new technology in which someone straps a screen to their face and acts as your surrogate at events.

For all you so-called introverted extroverts out there, this situation is pretty ideal, aside from the fact that it's completely ridiculous.

Researchers unveiled the new technology at MIT Tech Review's EmTech conference in Asia this week. According to Jun Rekimoto, a Japanese AR/VR researcher affiliated with Sony, a "pilot study confirmed that people could regard the masked person as a right person."

Sounds like an episode of Black Mirror, except that it's so damn goofy.