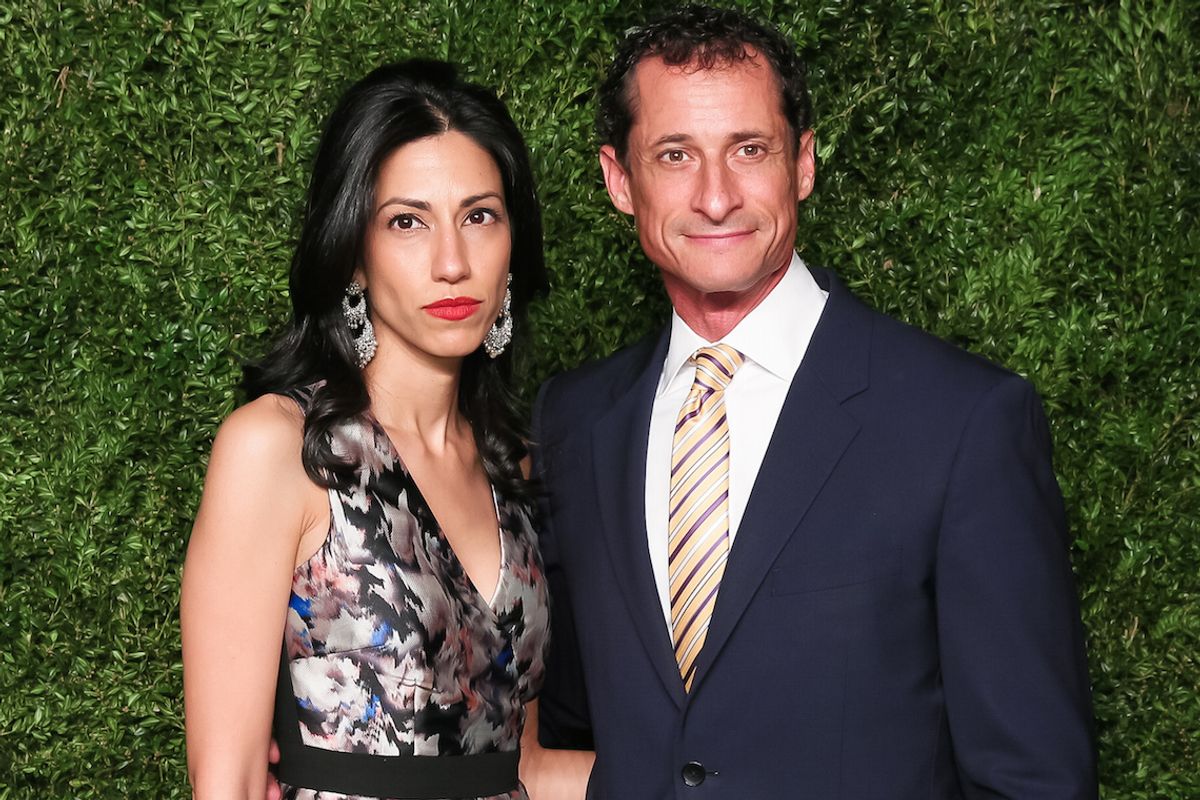 The Empire State Building's lights should spell the word "Finally" in cursive tonight, after it's been announced that Huma Abedin--Hillary Clinton's former chief of staff (while Secretary of State) and current vice chairwoman for Hill's presidential campaign--is separating from her husband, the defamed New York congressman Anthony Weiner, following ANOTHER sexting controversy.

Weiner, resigned from Congress in 2011, after his extensive sexting with a one Sydney Leathers, became known to the public when he accidentally tweeted a photo of his dick.

Now, new explicit conversations between Weiner and two unidentified women, spanning from 2015 to this month, have surfaced

The screen-shotted, cringeworthy conversations usually involved Weiner remarking on his dick-size, his constant erections, and his workout regimes.

"I am always, uh, raging after the gym."


He's talking about his dick, in case you weren't clear.

The worst, and most devastating text, however, included a photo of Weiner showing off his underwear bulge in bed, with his toddler son sleeping next to him, clearly shown in said photograph.

"Someone climbed into my bed," Weiner wrote.

The New York Post, who broke the news, has made the disturbing image their Monday cover image.

Huma Adebin announced split from Weiner after he was busted sexting this snap with their son https://t.co/dn5zuBmcqp pic.twitter.com/5T0zFtfD3r
— New York Post (@nypost) August 29, 2016

While it's unconfirmed, Ms. Abedin seems to have been well-aware of her husband's recent sextual journey for some time, as evident in the statement she released about their separation this morning:

After long and painful consideration and work on my marriage, I have made the decision to separate from my husband. Anthony and I remain devoted to doing what is best for our son, who is the light of our life. During this difficult time, I ask for respect for our privacy.