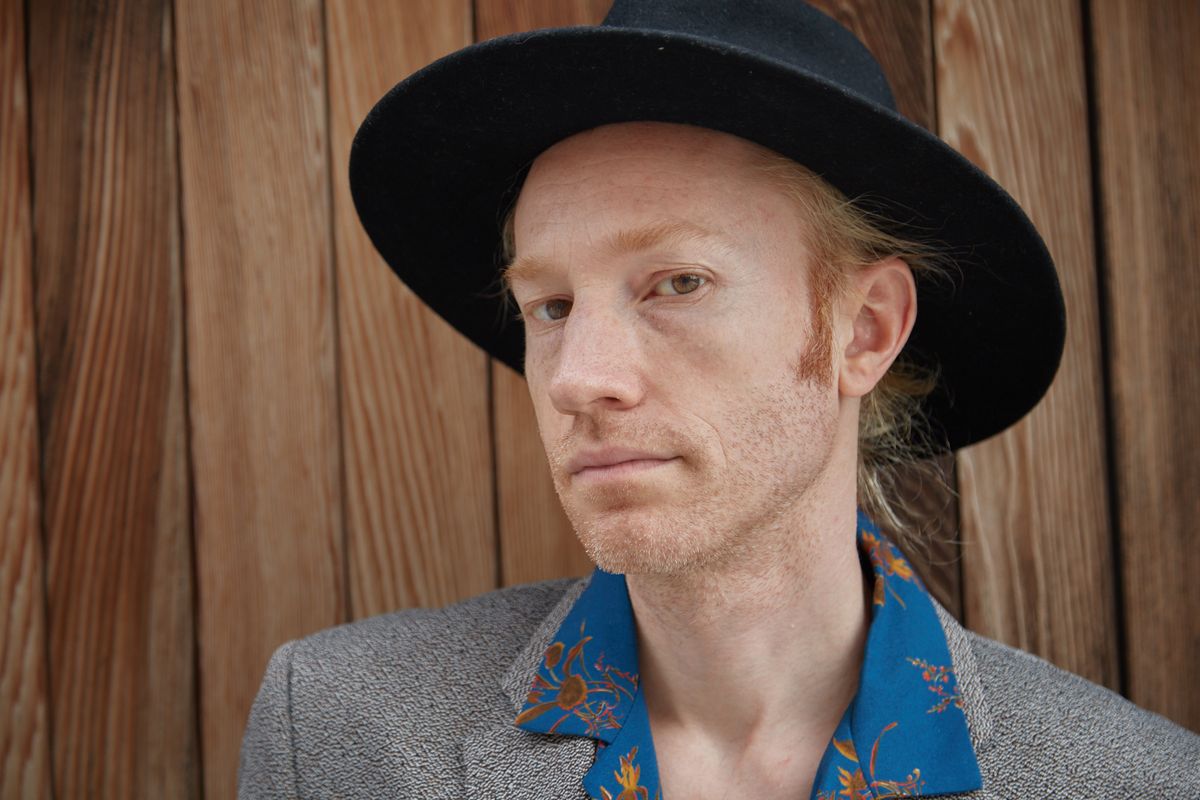 Pete Smith is the Midwest transplant lead singer and rhythm guitarist for Rock & Roll revolutionists The Howling' Souls. He works alongside his fellow bandmates Scott Sepe, Nate Lang, and Robbie Sokolowsky creating music that incorporates their shared love of a variety of genres, from Rock& Roll, to Jazz, to R&B into a sound that is uniquely theirs. The last time Paper spoke with the band, they had just premiered their 70's throwback jam "Anyway You Take It". Now in the wake of the release of their most recent song "Free & Young", I caught up with Pete to chat about the origins of the Howlin' Souls, inspiration, cinematography, and craigslist.

You all talk about sharing a love for Classic Blues, Motown and R&B, but how did you all meet and was it this shared interest that formed the band?

I was playing with Nate in a different band, which broke up, but he and I continued on. Then I think we found Robbie and Scott from craigslist ads. We had a space in the Music Building in Midtown Manhattan, Blondie, The Strokes & Madonna all used to practice and record there. People would come in and we would jam to a few songs initially, maybe some Chuck Berry, Rolling Stones and a blues song. And when we met Rob and Scott it worked right away. We just all want to play music that we like.

Craigslist! That's pretty lucky. What do you feel each member of The Howlin' Souls brings to the table when making music?

Well, I think we have similar tastes in music but it varies somewhat. Maybe it's an unfair generalization, but I think an easy way to think of it is that we all bring Rock & Roll from different eras: Nate-50s, Pete-60s, Scott-70s, Robbie-80s..

Nate, our drummer, is really thinking in terms of old blues drummers, I think. And when he says, "Hey, listen to this," or "check out this record," it's usually from the 50s. During the filming of Whiplash, he was playing a lot of Jazz too. He loves those records too. You can hear some of that in the album if you listen close. I like good songs from any era, but particularly from the late 60s and early 70s: Beatles, Stones, Velvet Underground, The Flaming Groovies. I like this kind of stuff the most.

Scott looked kind of like Johnny Thunders when I first met him and he is really into the Stooges, MC5, and New York Dolls. So he brings this kind of vibe to the band. And Robbie comes up with a lot of Motown style bass lines, I think, but he is also really into 80s music. So all of these influences come through in our playing and gives us our sound.

I don't remember the inspiration actually. I had the riff and the chorus that I kind of liked. And I sent a rough demo to Nate. He liked it and sent some lyrics back, and then we finished the lyrics together. The song was built around the guitar riff. The video is kind of a patchwork of images that follow the lyrics. And we filled in the blanks with some singing and some girls dancing.

For the Free & Young music video, what made you decide to use models and how did you come across these gorgeous ladies?

Robbie has a photography studio in Tribeca, there are always have models coming in and out, so he turned on the camera and let them groove out to the song a few weeks back. All the dancing was in real time with the music, they were digging it. One of them is actually an up and coming artist, Charlotte Lawrence, she had mentioned she actually heard our song before and was a fan of it.

What reactions are you hoping to invoke with the various types of cinematography used in Free & Young?

So, we produce and direct all of our videos together, which we only mention to note the passion we share for visual arts. I hope people will understand the style of the videos comes directly from the inspirations that surround us. New York City, Fun, Attitude, Freedom. The video is an invitation into our world. I just hope people like it.

What's not to like! How do you feel your sound has changed since the last time Paper spoke to you, when your song "Anyway You Take It" premiered?

Well, the songs are totally different styles. "Anyway You Take It" is a disco groove song, whereas "Free & Young" is bluesy guitar-riff type song. So the sound is different. I think our band has a few different sounds we can do, so far. We can also pull off some alt-country type stuff, as well as straight-up Rock&Roll.

Your versatility is really impressive! What can we expect to see from The Howlin' Souls in the next upcoming months?

We have a new single coming out soon called "Viva la Revolucion," which is a Rock & Roll song. It is like a Stooges or MC5 inspired dirty guitar-riff rocker that is kind of about the revolutions going on today and in the past. Also, we have maybe 8 more songs recorded, so we will be releasing 2 more EPs after that, with a variety of sounds, but lots of rock and roll.