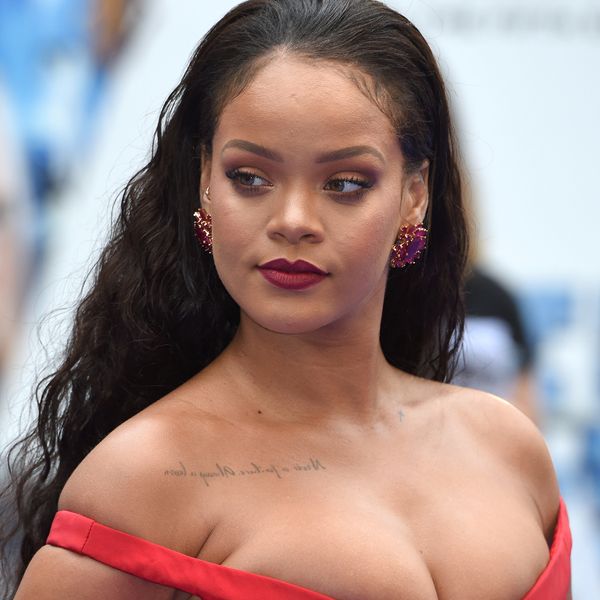 If you haven't heard about how a Howard student along with non-students working in the university's financial aid office embezzled $1,000,000, it's been a big deal. Their scammed peers descended this week on the office and simultaneously broke into a rousing chorus of Rihanna's "Bitch Better Have My Money," and the queen herself has responded.

In a tweet sent late Rihanna expressed solidarity for the students' struggle, quoting a video of them singing accompanied by emojis: "💪🏿🙌🏿," which in honestly more than enough encouragement to keep those ripped off continuing on their crusade.

The student that managed to squeeze the most money out of the system (more than $400,000, in fact), Tyrone Hankerson Jr, has since become a meme for the ages, especially considering he documented his opulent lifestyle all over social media.

They're coming for you, Tyrone.