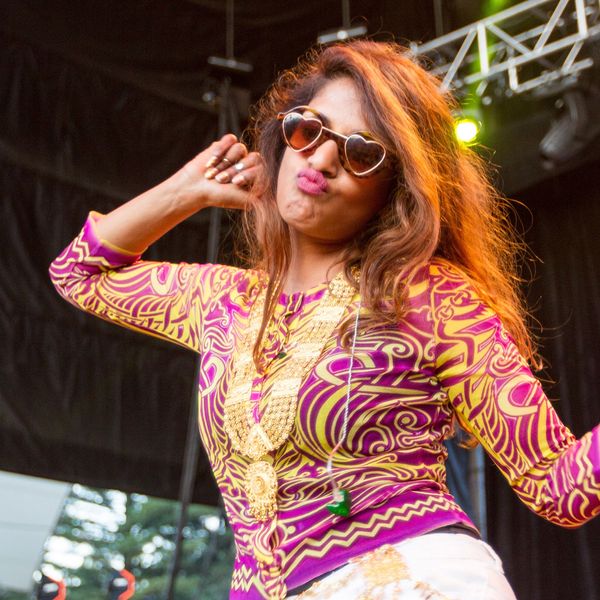 How You Can #DeleteFacebook and Support M.I.A.

Relax, we'll tell you. Yesterday, we wrote about Cambridge Analytica, the company the Guardian exposed for its creepy "psyop" tactics, which mostly involved mining Facebook users' private and public data, to successfully influence the vote for Brexit and swing the 2016 U.S. presidential election results in 45's favor. (Facebook has culpability in that it allegedly knew about the data breach and did nothing to stop it, rendering the company maybe just a touch sinister).

Over the past few days, the #deletefacebook hashtag has been trending on Twitter, as the Internet has scrambled to figure out how on earth we can live without the social media behemoth that fosters connections around the world and literal actual careers are built upon. Mind you, Facebook also owns Instagram and WhatsApp, so it makes things a bit more sticky for those of us who are deeply plugged into the matrix. You know it's tea when WhatsApp founder Brian Acton is also not down with the sickness, even with his own skin in the game.

By detaching from the worlds of Whatfacebookstagramapp if you so choose, you can also stand in solidarity with M.I.A. (ah, deep breath, I told you I'd circle back), who reports that she's had the same Instagram follower count for over a year (869k). The outspoken musician and activist has caught heat throughout her career for promoting her views about everything from toxic celebrity culture, Wikileaks, and Black Lives Matter to the ongoing fallout from the decades-long Sri Lankan civil war. Needless to say the world (still) resists revolutionaries and it's not unlikely that ~the AlGoRiThM~* was cleverly arranged to prevent new followers from, well, following M.I.A.'s polarizing views. This, to be clear, is just another form of silencing.

"Through how they hold certain people down it's easy to see who they uphold," M.I.A. wrote on Instagram. "Through who they uphold it's easy to see how lost they want you [...] They want to let you know that my social media presence is weak but they manufactured the concept of what is weak what is strong. Now look at what this little game does to everything. Insecurity jealousy rivalry greed. Can we move it along. Darkness breeds darkness."

Here's what you can do if you're trying to exit the matrix and kick it old school with your family, friends (and M.I.A.):

1. Download all your Facebook data. You might want to use an external hard drive or do it all from your desktop so you have a running record of your deep thoughts, drunken party photos, and pedestrian tourism snaps from your travels. Memories!

2. Identify other apps using Facebook to log in, and change them. Make sure ClassPass and Spotify are only able to be logged into via email, and also forever spare your friends your ~interesting~ exercise routines and musical choices!

3. Find other ways to message, share images, and organize events. Remember email chains?! Or just like showing up to a friend's house after you've called them, and not cancelling five minutes into the appointment? Accountability! Also, actual pieces of mail: a lost art deserving attention as long as we have paper to write on (which may not be for much longer)!

4. Delete Facebook and live your best life. Never again will you have to see another pregnancy or wedding photo from people in high school you never liked then and barely talk to now. Studies show that you'll be happier if you stop the scroll and start the stroll into your fabulous life! Enough said.