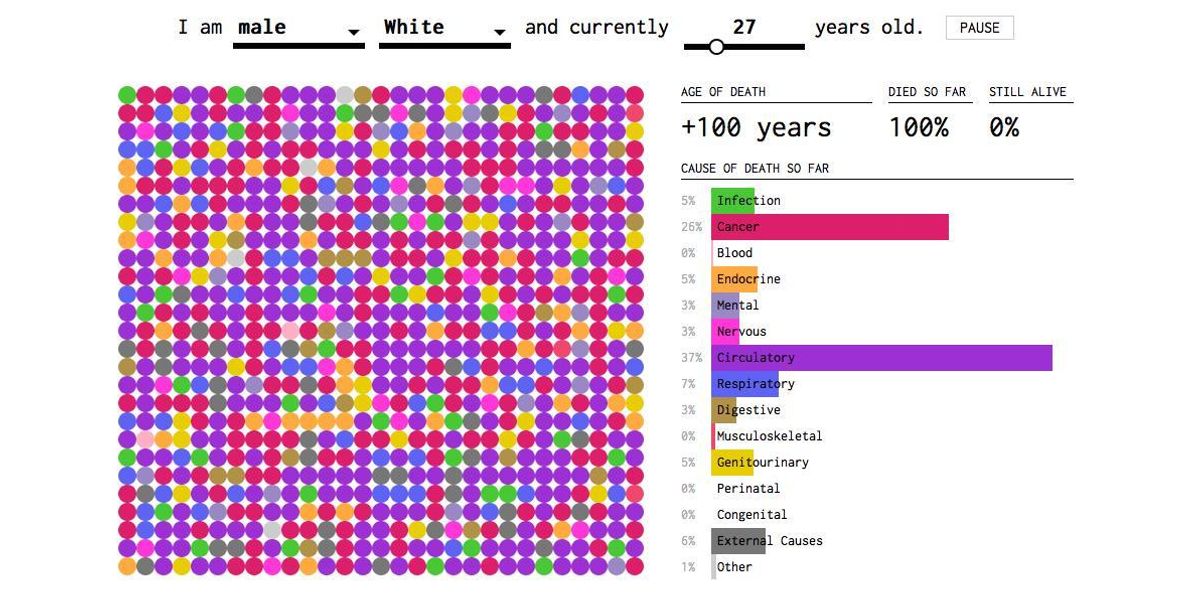 This Database Tells You How You Will Die

Since the birth of the Internet, we've been faced with websites that predict when we will die, along with stats chronicling how other people have died in the past, but never before has there been an interactive chart that predicts HOW you'll die...until now, that is.

Nathan Yau is a statistician from UCLA, who studied and correlated data from the Underlying Cause of Death database (a thing) at the Centers for Disease Control and Prevention, and created an algorithm that is able to predict -- based on past instances -- how and when you're likely to kick the bucket given your sex, race and age. Fun!

The data studied was collected between 1999 to 2014 and chronicled people's deaths in the United States.

To see how you'll go, all you need to do is select the three criteria from the drop down boxes and watch each dot on the left-hand side change color as the years progress. Each dot represents one of your virtual lives and remain relatively uncolored (which is good) up until about 50 years old. From then on, shit gets real a little too quickly as more and more dots change color and the causes of death found on the right side of the chart begin to rapidly increase.

To get the lowdown on how this all works (in a language only statisticians will understand), head over to FlowingData's official page for what they've colorfully (no pun intended) referred to as "Nerd Notes."

Until then, stay safe y'all.