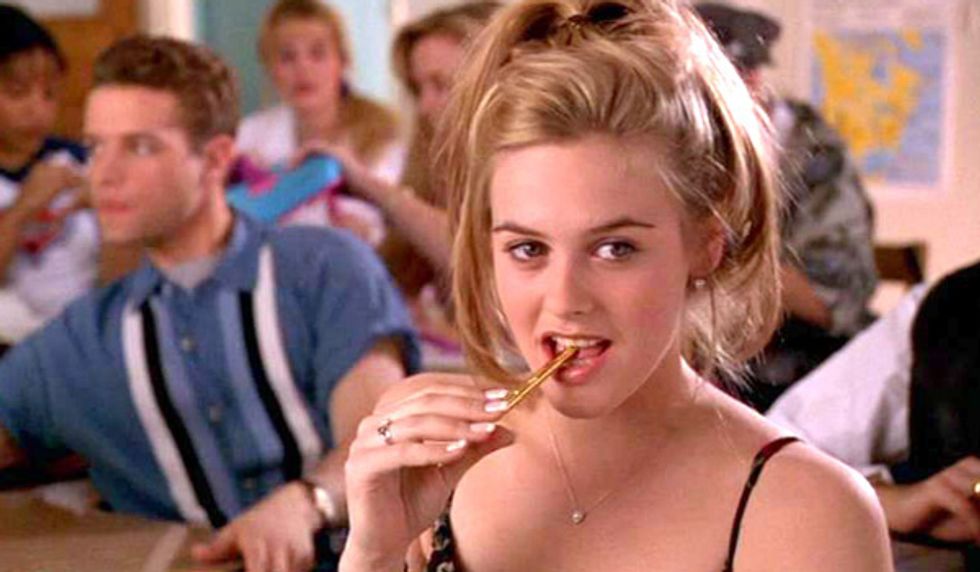 How to Survive Valentine's Day if You're Single

by Samantha Irby
PAPERMAG
A helpful guide to coping with Valentine's Day from someone whose current boyfriend is food.

Valentine's Day is a time to celebrate passion and love and spirit-crushing romantic obligation. Though no one has pinpointed the exact origin of the holiday, one good place to start is ancient Rome, where men hit on women by, well, hitting them. From February 13 to 15, the Romans celebrated the feast of Lupercalia. The men sacrificed a goat and a dog, then whipped women with the hides of the animals they had just slain. Young women would actually line up for the men to hit them because they believed it would make them fertile. It's like the time I let this dude I was dating punch me in the back of the head while his penis was in my butthole because I believed it would make him -- um, that analogy might not actually work so let me stop there, but you get what I'm saying.

I've been single for a long time, bro. And I get it: most days I don't even bother changing my pants. For Valentine's Day last year, there wasn't a single male human around who wanted to beat the shit out of me with the blood-splattered pelt of a goat. MY HEART, IT BREAKS. Anyway, this year I decided to take control and make my own goddamned fun. First, I made food my boyfriend, which was a great life decision. Especially since that salami sandwich I had for dinner the other night knew how to shut the fuck up when Girls was on and didn't try to steal the blankets on my side of the bed. Then I wrote a few helpful Valentine's Day suggestions and alternatives for the rest of you lonely bitches, below.

Planning an anti-Valentines party for your closest single girlfriends is much like planning a regular party. You need to get ice, potato chips and a varied assortment of mayonnaise-based dips. You'll also need cocktail sausages in the fake croissant wrapping, and lots of those large red plastic cups that frat boys are so fond of to collect all of your bitter, bitter tears. Pro tip: I like to set up a hair braiding station right next to my cookie dough trough and the the used kleenex origami craft center. Basically, you should invite over all of the single gals you know and fill your tiny apartment with all of the things those lonely spinsters are into: soft-knit pastel cardigans, room temperature soup, library books, and cats.

2. Send yourself a lovely, cost-conscious bouquet of flowers.

The only reason women give a shit about Valentine's Day is because they want the other women in their offices to choke on their Lean Cuisines and die frothing at the mouth in a jealous rage over the thoughtful arrangements they had to threaten their dumb boyfriends into sending them at work. Which is exactly what happened when Stephanie saw the unbelievably beautiful assortment of lilies my new boyfriend "Dave" filled our office with yesterday. I mean, he really loves me. Like, so much. He must have spent at least, um, $437.32 (tax included) on me. We are totally getting married.

3. Fake a pregnancy to try to win your ex back.

I'm turning 35 on February 13th, and the best thing about being this age -- other than the porcupine needles sprouting from my chin when I wake up every morning and the dull ache of longing radiating from my barren womb hole -- is that all of my friends either have young children that I can pass as my own so I don't look like a creep when I go to see Frozen: on Ice or are giantly pregnant and can urinate on EPT tests that I can pass as my own to scare the living shit out of the gentleman who dumped me a few weeks before the most important milestone day in a new relationship. Not that I would do that or anything.

4. Follow your ex and his new girlfriend around all day making mental notes about how much nicer he's making her Valentine's Day than he did yours.

Oh, really, bro? You gave me a gas station gift card and split a $23 dinner with me at Olive Garden but you take this new girl to Bandera in a horse-drawn carriage and give her one of those fancy heart-shaped boxes of chocolate!? OKAY, COOL.

5. Burn your ex's house to the ground.

A good way to make this look like an accident is to use acetone nail polish remover while carelessly smoking a cigarette in the same room as his most valuable (and flammable) possessions. I'm not saying, but I'm saying. Or maybe you can just spend the day binge-watching House of Cards while eating ice cream on the toilet in your pajamas. Your call.
You May Also Like
Fashion