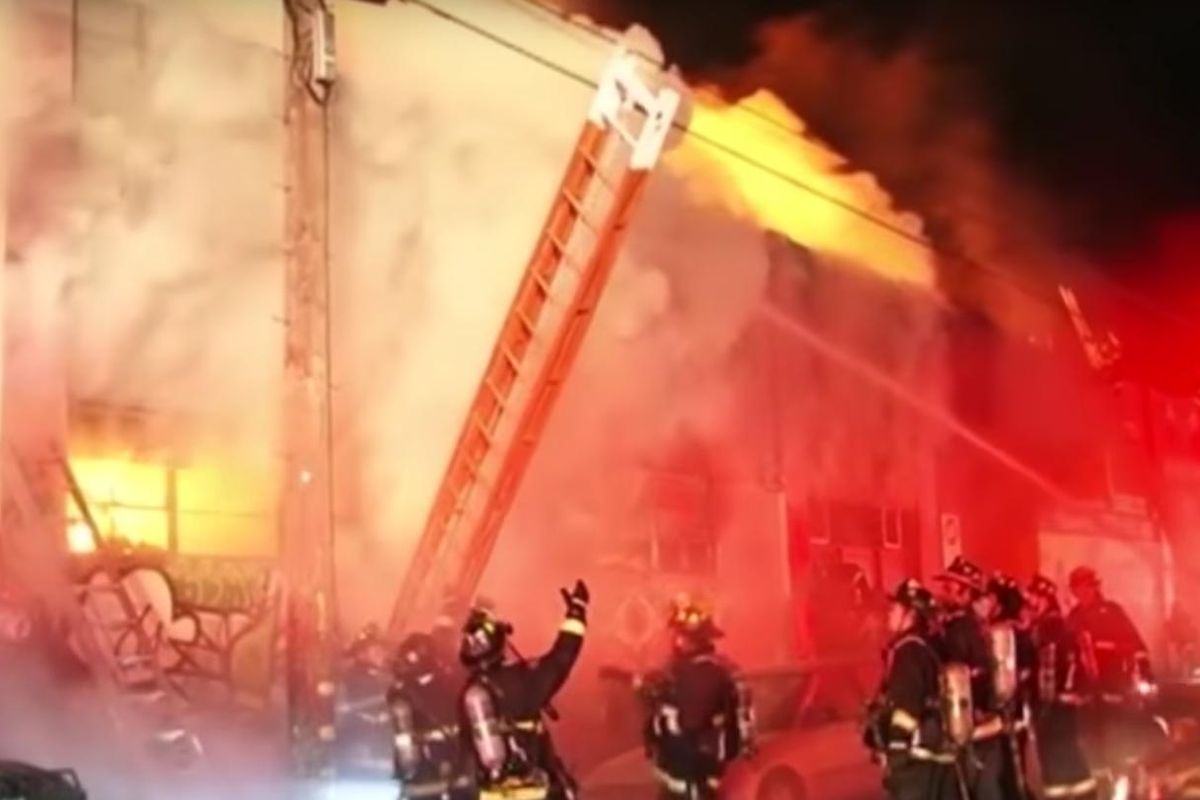 Following Friday's horrific fire at Oakland's Ghost Ship collective, in which 30+ people have been confirmed dead, several crowdfunding pages and events have been set up to raise money for the victims of the fire and their families. As such, we will be compiling a running list of donation links as well as NYC-based events where people can contribute -- if you know of other fundraising events/efforts, please email edit@papermag.com.

There are several active donation pages, most of which are being hosted on YouCaring. The one many are currently pointing people toward is the Gray Area Foundation for the Art's Fire Relief Fund for Victims of Ghostship Oakland Fire, which you can donate to here. The Oakland A's and Raiders have also set up a crowdfunding page, in which each team promises to match up to $50,000, for a total of $100,000.

A GoFundMe has been set up to help provide for the Ghostship residents who have lost their homes. There is also a GoogleDoc currently in circulation of resources (i.e. places to stay, eat, etc.) for those affected by the fire. A resident of the Ghostship named Jose Avalos has also had a GoFundMe set up.

Additionally, a number of pages set up for individuals who have either been confirmed dead or are still missing. Amongst these pages are funds for family of Them Are Us Too's Cash Askew, as well as musician Joey Casio, whose record label is currently forwarding $10 of every purchase of a singles pack to Gray Area's aforementioned Fire Relief Fund. The families of fire victims Alex Vega and Travis Hough also have GoFundMes set up for service/burial expenses.

Brooklyn-based label RVNG Intl. will also be giving $1 of every $10 spent on their website and Bandcamp to the Gray Area fund.

Discwoman's BEARCAT is putting together a Fire Relief Fundraiser show at Brooklyn's Sisters this Wednesday. The line-up currently consists of Venus X, LSDXOXO, SHYBOI, @CORDILL3RA, Yaeji, Via App and BEARCAT with a suggested donation of $5-50. All proceeds will go toward Gray Area's Fire Relief Fund.

Brooklyn's House of Yes is hosting a Brooklyn Loves Oakland fundraising event later this week, with 100% of door donations and a percentage of bar going toward the Gray Area fund.

UPDATE: THINGS TO DO IN THE NEAR FUTURE

An important component of this all is also ensuring that something like this never happens again and that public officials do not take this occurrence as an excuse to crack down on artists's livelihoods. Unfortunately, this is already happening with Baltimore officials immediately evicting people living in the Bell Foundry arts space. There is now a GoFundMe to help the evictees, which you can donate to here.

For other people living in DIY spaces, there is a very useful GoogleDoc currently in circulation called Harm Reduction for DIY Venues with contributions from licensed architects, electricians, etc.