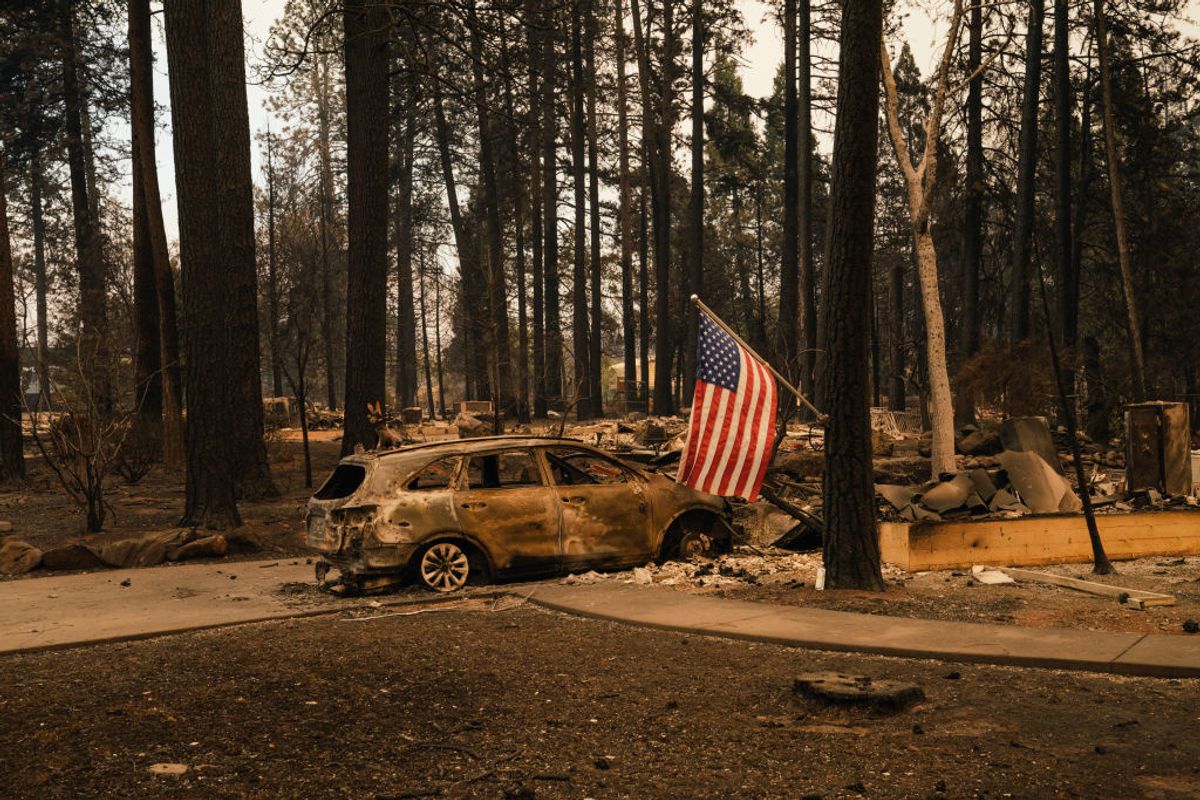 5 Ways to Help Fight the California Fires From Afar

The Camp, Woolsey, and Hill fires have devastated California, burning through more than 200,000 acres and counting. In the town of Paradise, which was annihilated by the Camp Fire, at least 30 people are known to have died. Across the state, hundreds of thousands of people have been forced to evacuate their homes.

Even in a state known for its wildfires, this is an unusual crisis. And one that, thanks to climate change, we can probably expect to occur more often in future. Here are some easy ways you can help victims, firefighters, and animals affected by the California fires — as well as a few measures you can take to prevent this happening again.

The best way to fight these fires right now is with your purse. A number of reputable charities and nonprofits are out there helping victims who have lost homes and family members. Some include the California Community Foundation's Wildfire Relief Fund, the Red Cross, Caring Choices, The California Fire Foundation, and the celebrity-founded Entertainment Industry Foundation.

You can also go direct and donate to a GoFundMe. Here's an easy directory of funds going towards various fire-related causes in California right now. Some more creative ways to help: donate an Air BnB to someone who needs a place to stay, or use this baby supply registry to donate goods to young families.

Domestic and wild animals have been killed, injured, and displaced by the fires too. You can help by donating to the Los Angeles County Animal Care Foundation's Noah's Legacy Fund, and The Humane Society Of Ventura County. For locals, it's a great time to visit animal shelters and adopt, in order to free up space.

President Trump has declared on Twitter that "there is no reason for these massive, deadly and costly forest fires in California except that forest management is so poor." This is inaccurate. It is a fact that climate change is making forest fires increasingly destructive and deadly: Los Angeles Fire Chief Daryl Osby and California Governor Jerry Brown have both stressed as much.

So what can you do? It wouldn't hurt to contact a member of Congress. The Citizens Climate Lobby provides a useful tool for finding out the contact details of your Senator and House Representative.

Make Plans For Your Own Community

Would you be prepared if wildfires were threatening your area? When it comes to major disasters like these recent fires, 70 percent of victims are rescued by neighbors rather than professional responders. So it is worth coming up with a plan. For LA locals, this five-step action kit is available.The California state fire marshal website also has many resources, including a list of communities most at risk of fire disasters.