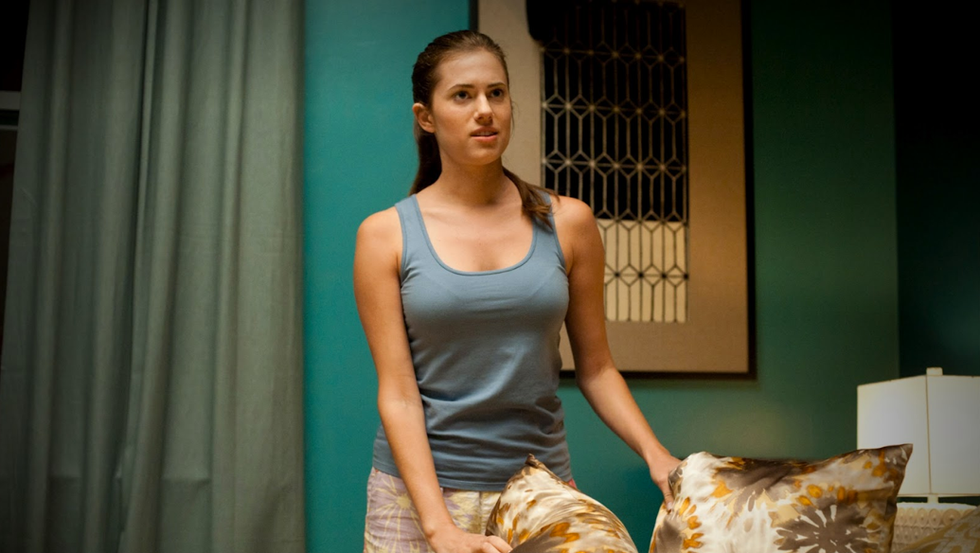 How to Film an Ass Eating Scene, According to Allison Williams

by Gabby Bess
PAPERMAG
Allison Williams' "Marnie" might just be the most easily hated character on Girls -- or at least the most cringe-worthy. She even managed to make her much-hyped ass-eating scene in the Girls season 4 premiere a bit of a snooze fest instead of the steamy singer-songwriter affair that it should have been. Now that even Vogue has christened anal sex with a trend piece, coming to the conclusion that the act itself isn't inherently all that exciting or taboo, it wasn't surprising that the scene didn't deliver on the hype. But one question remains: how did Allison Williams manage to make an act that sounded so fun in Nicki Minaj's "Anaconda" so joyless? Well, one theory is that she's a robot who was built to take the joy out of everything we love starting with Kanye songs, but let's allow her to explain the now-infamous scene in her own words. Here's Allison Williams' guide to "getting motorboated in your ass," as Jemima Kirke adorably puts it, on screen:

1. Let your "wiring" be your guide: Apparently, Allison Williams isn't like us normal humans. Her wiring is different. (SHE'S A ROBOT. WAKE UP SHEEPLE.) "Because of my wiring," Williams told Vulture, "I read [the sex scene] in the script and I went into total action mode."

2. Smell like cake. Literally become a cake, if possible: As witnessed in Williams' turn as Peter Pan, the actress's "total action mode" is light on the action and heavy on vanilla blandness, literally: "I grabbed the makeup girl and said, 'I want to smell like a cake,' so we put vanilla cream everywhere so everything smells good."

3. Make your butt as pillow-like as possible: Using "Spanx that we cut away and glued down and involved menstrual pads and two of those weird thongs" she built a rig that's "invisible from the side but that feels like a pillow when he puts his face into it."

4. Talk extensively to your parents about it: "Also because of my wiring, I was like, 'Any advice? What do you guys think in terms of what adhesive I should use?' ... I'd get a call from my mom and she'd be like, 'Maybe if you took a thong and cut it away from the sides but you stuck it on in the front and the back it could work.' I was like, 'Mom, I like your thinking.' Just your regular dinner conversation! We're changing as a family; it's lovely."