In 2010, when Nicki Minaj released Pink Friday, everyone was expecting the much-hyped MC from Queens to go hard. Instead, she showed her softer, 'pinker' side. She released lyrical, pop hits like "Moment 4 Life" and "Your Love," leaving everyone wondering where the "Monster" Nicki had gone.

But Nicki Minaj is out to prove that it wasn't the color pink that turned her pop. For her second album she re-upped Pink Friday. On the cover Minaj's lips are curled in a posturing snarl. Like a version of Hole's manically messy prom queen on their album Live Through This, her defiant lip curl is behind the word "pink," in bold and written in a Barbie-like font -- but make no mistake, she's not playing. And with the upcoming release of her third album, she's sticking with that theme. The rapper -- don't confuse her for a singer or pop-star -- is calling her latest, The Pink Print. She told The Fader in a cover story interview that this album will be "the blueprint for female rappers to come" because for Minaj, Jay Z's Blueprint doesn't apply. As one of the biggest female rappers since Lil' Kim, she's navigating uncharted territory.

In this case, pink is Minaj's subversion and a resistance to the male dominated rap scene. Minaj wears pink to assert her femininity in male spaces. She wears it as armor and in solidarity with her girls, making it clear that she's not out here for the boys. Her newest songs, "Anaconda" and "Lookin' Ass" are decidedly dick-negative. Yes, she'll twerk in a pink thong in the video for "Anaconda" but she'll also don a pink wig and cut bananas -- and other phallic shaped fruit -- with a vengeance.

Elsewhere online, female artists are taking a cue from Minaj and reclaiming pink. Androgynous silhouettes, workout chic, and minimalism are still trending, but don't discount femme just yet. Artist Grace Miceli designed a baseball cap that could fit into the normcore uniform except for one thing -- it's bright pink. 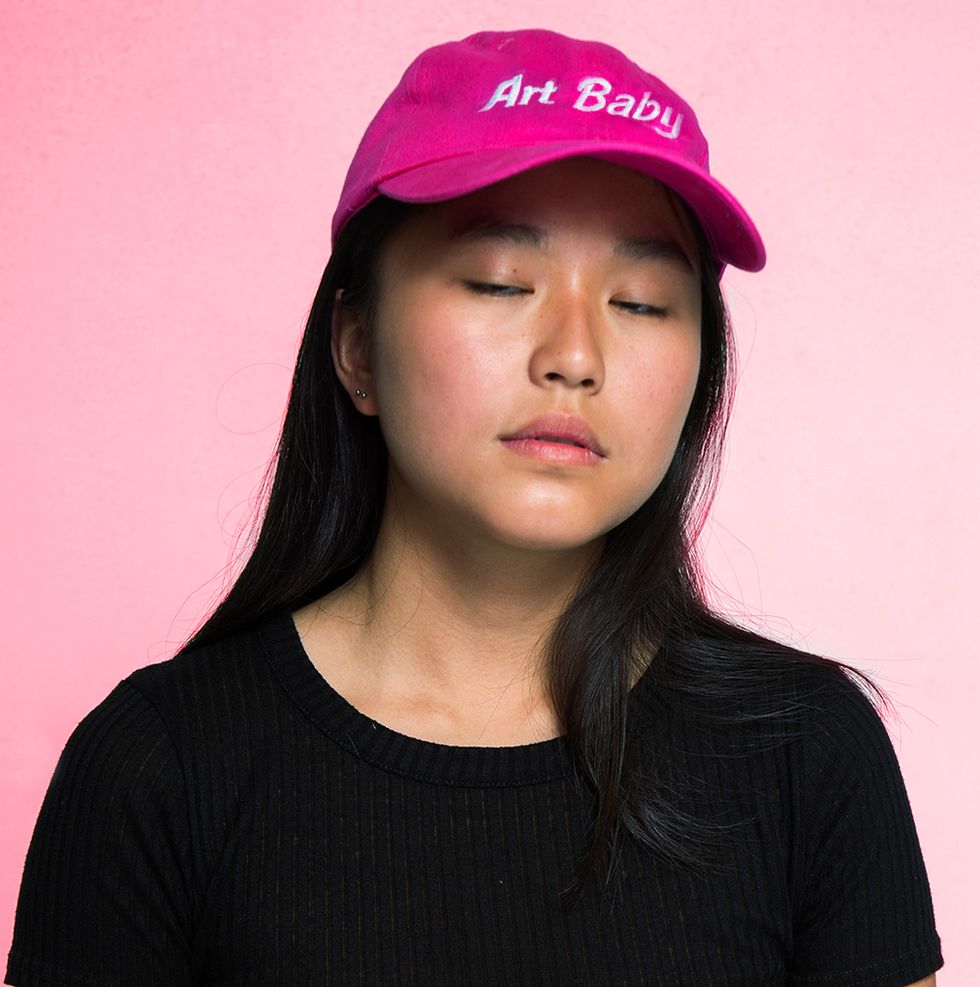 As pictured, the cap is best worn with an eye roll or a Nicki Minaj snarl. You're an art baby, but you're no man's.

And like Nicki Minaj's gloriously abrasive Roman character, photographer Maisie Cousins likes to mix femininity with the grotesque and uncanny. She recently designed a capsule collection for UK-based boutique IRL London for which she distorts traditionally feminine objects to make her textiles. 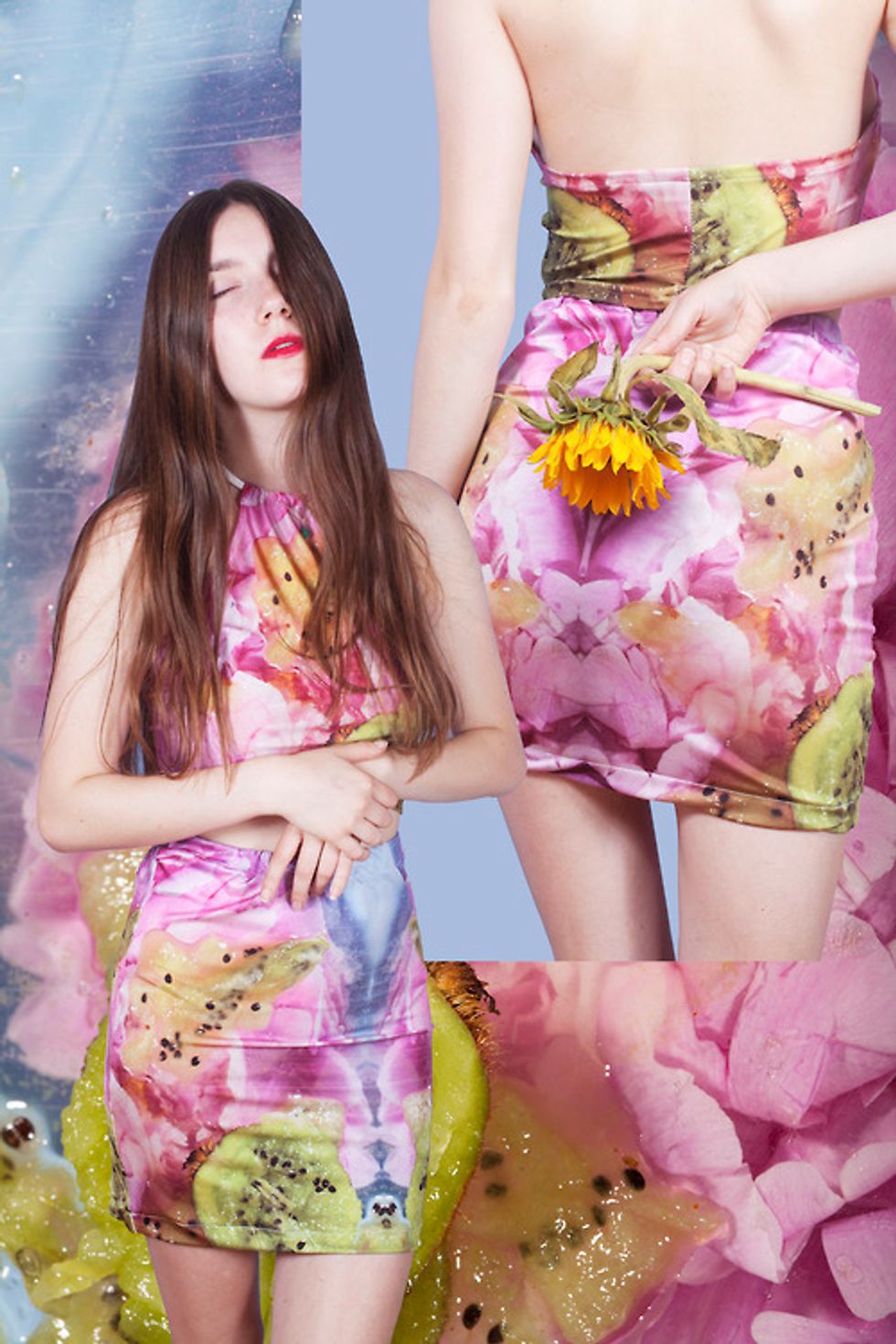 Artists Liv Thurley and Aryana Hessami are also out to prove that pink is tough. They curated PINKD, a limited-edition art book that sold out within 48 hours of its release. The collection features work from artists "who are not afraid to use pink and bring with it new perspectives." These artists, including Samantha Conlon and Maja Malou Lyse, explore the constraints of femininity and push against them, using hyper-girlishness to their advantage. 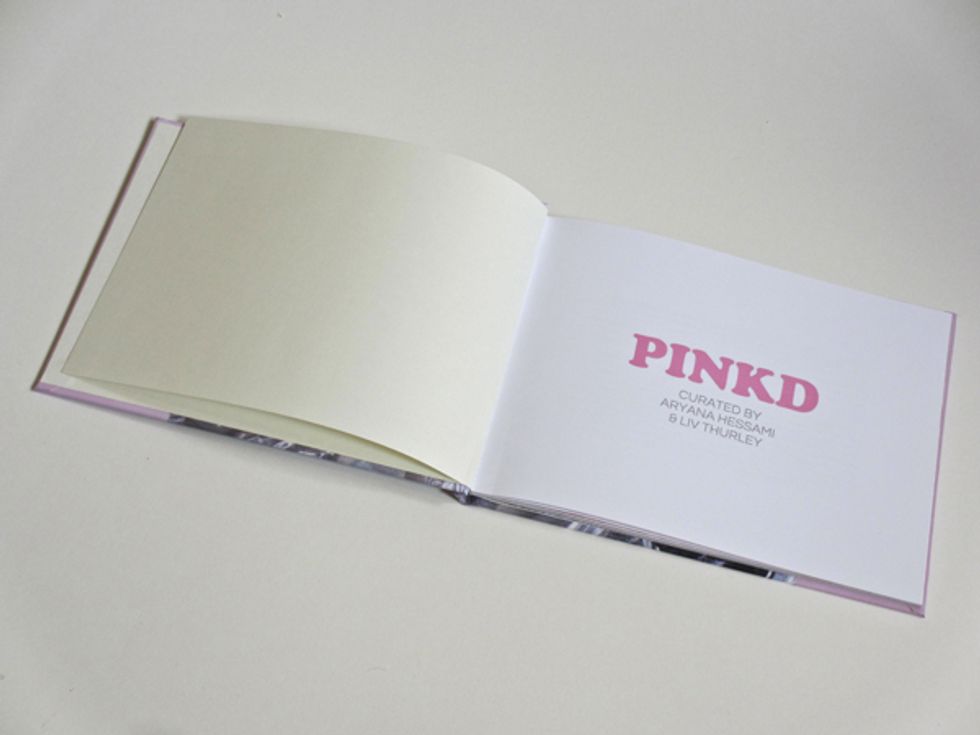 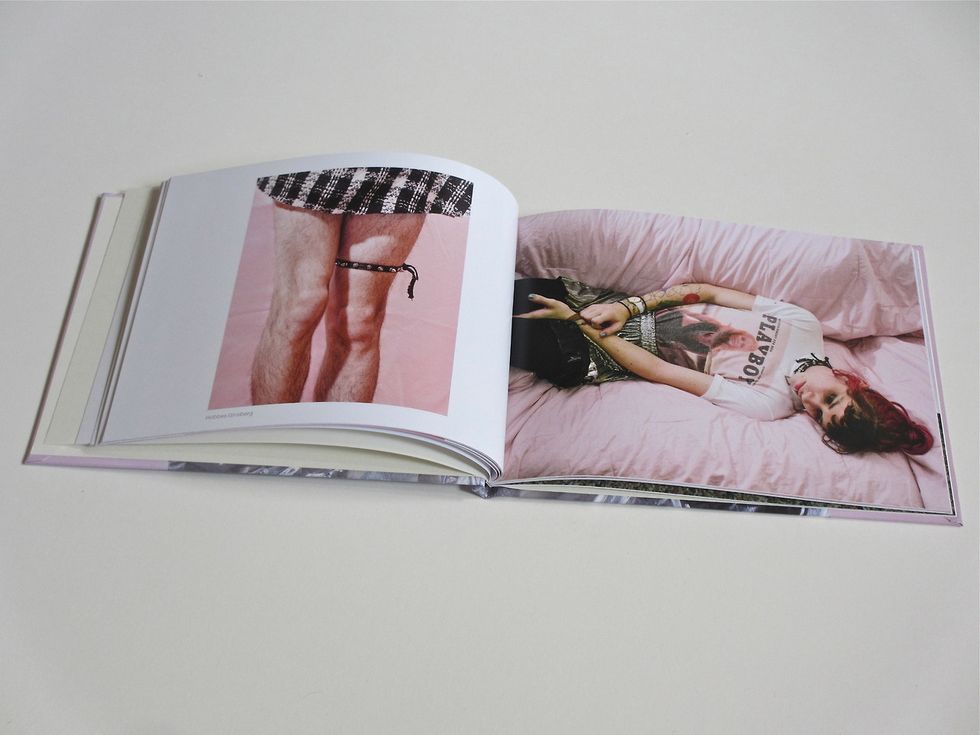 Images from PINKD, courtesy of the publisher.


The introduction to PINKD starts off with the now iconic Mean Girls quote, "On Wednesdays we wear pink..." But the hue isn't just for Wednesdays or Fridays anymore. In fact, it's no longer just a hue -- it's a weapon. 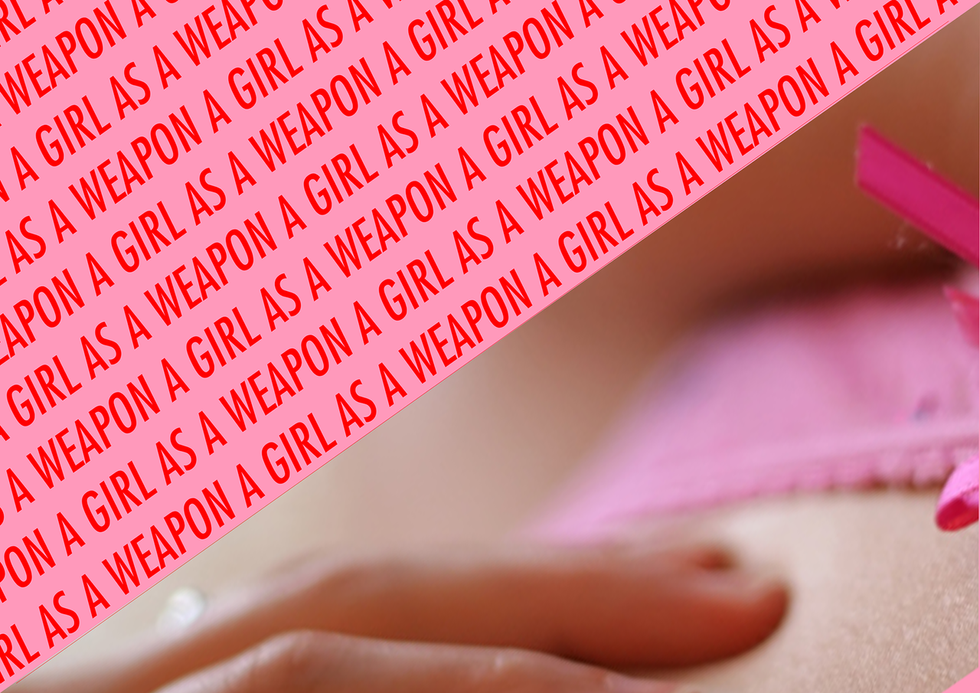