How Natalia Kills Is Seducing the World 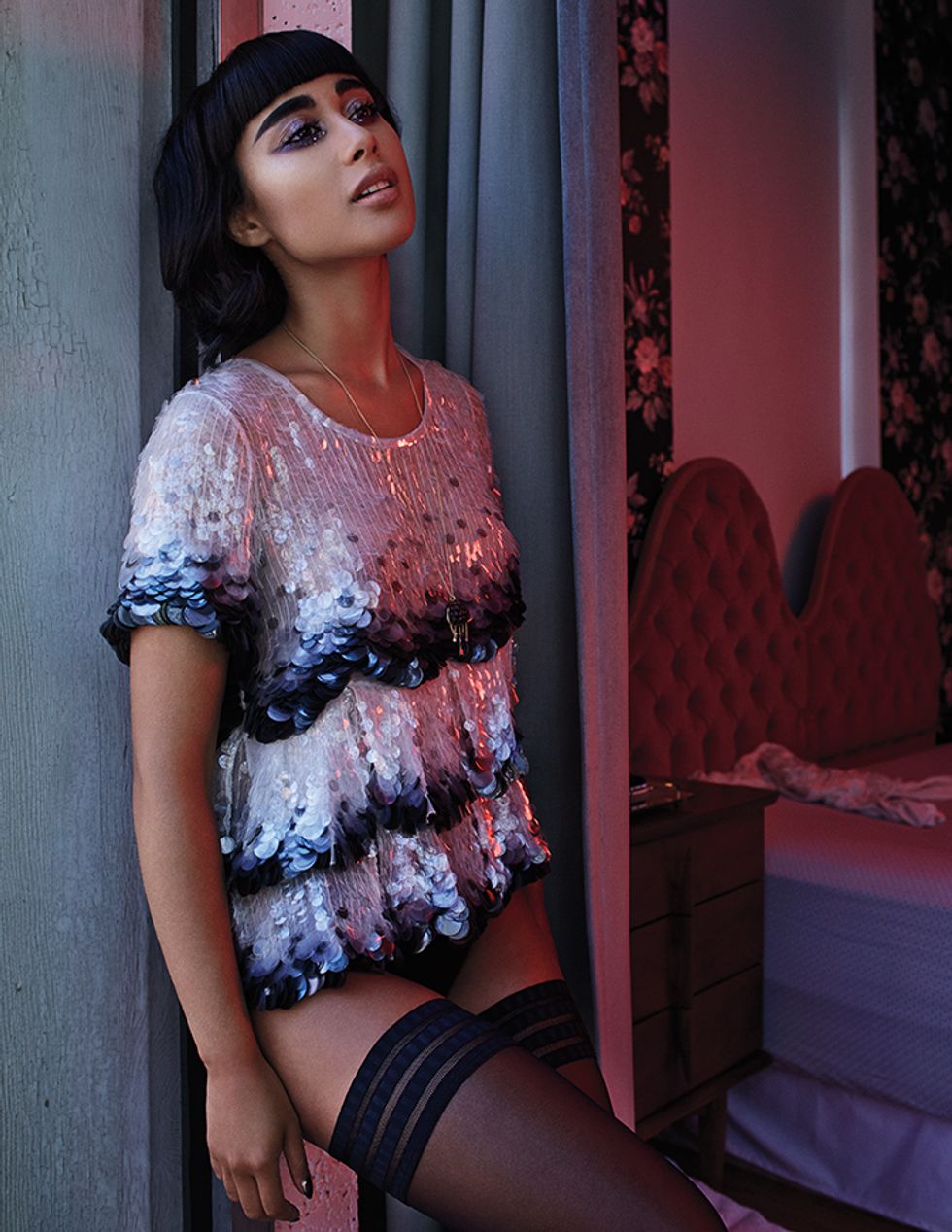 Natalia Kills won't stop gushing. Every time she mentions her husband, singer Willy Moon, her eyes light up, her smile widens and she giggles. "It actually worries me to be with him because I laugh so much," says the 28-year-old dark-pop singer. "I think he's going to give me wrinkles. You're ruining my youth, goddammit!" The two tied the knot in May, during a seismic period in Kills' personal and professional life.
It started with a sudden move to a West Village apartment. When I arrive for our interview, Kills opens the door to a duplex covered in psychedelic floral wallpaper and decked out with a spiral staircase, crystal chandelier, cat statues, pistachio-colored velvet boudoir chairs and a '70s Lucite dining set. Turns out this is the New York incarnation of her deceased grandmother's UK home. Kills explains: "My grandmother was like, 'I'm leaving everything to you, and you have to recreate this house that you've grown up in, and then I'll come back and haunt you and we'll be together.'" Moon found the NYC apartment, had everything shipped over and surprised Kills.

During those early Village days, she was invited to the studio by Madonna, along with producer and Cherrytree Records boss Martin Kierszenbaum. ("Madonna's dancers play my music during her rehearsals and workouts every week," Kills says, asked how the collaboration came about.) The trio completed eight songs in seven days for the Queen of Pop's next album. According to Madonna's Instagram, they also bonded up a storm. "She writes incredible lyrics, sings beautiful melodies, but most of all she is so fucking funny," Kills says.

And then, a week after they finished redecorating, Kills put on a Jenny Packham dress and married Moon in the roof bar of the Jane Hotel at midnight.

Though Kills -- who's half Jamaican and half Uruguayan and whose nomadic backstory begins in England -- started writing songs professionally at age 15, she's been making her own music for over ten years, touring with pop heavyweights Robyn and Katy Perry and working with everyone from Angel Haze to David Guetta. Along the way she's seduced the fashion world, signing with IMG Models, rocking a Prabal Gurung dress on the cover of her second album and being seen at major soirÃ©es like AnOther magazine's Autumn/Winter 2014 launch and the Harper's Bazaar ICONS party. 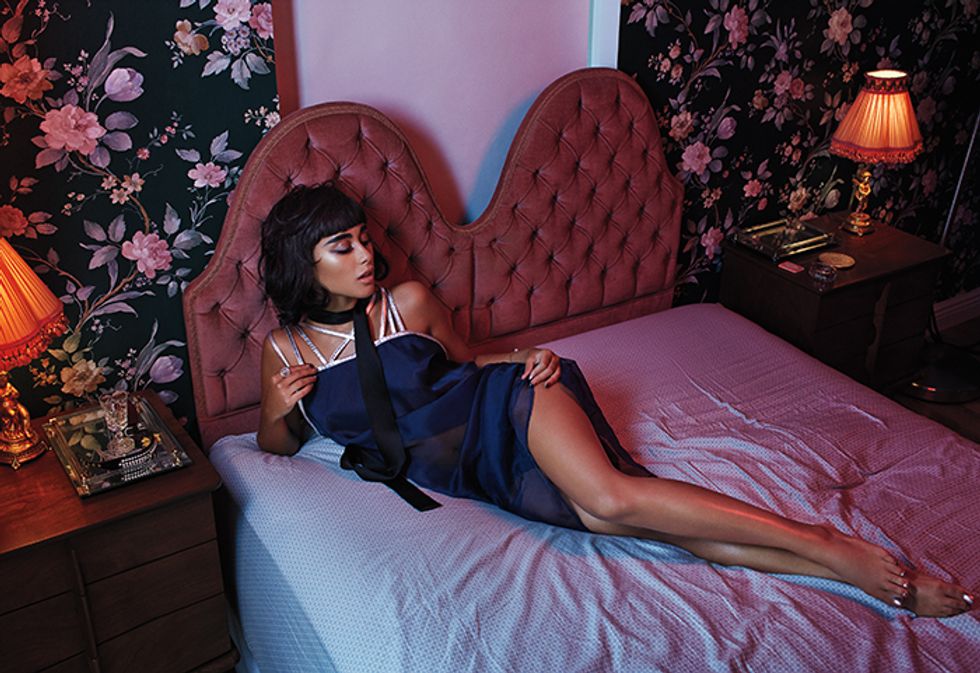 Natalia wears a Prada dress and scarf and Bibi van der Velden ring and bracelets
Her troubled past -- Kills' father was imprisoned when she was 12, she dropped out of school at 14, and she went through stints of homelessness -- is what her first two albums are all about. Her last, 2013's Trouble, is a dark, twisted storybook tale accompanied by electric guitar riffs, pounding drums and sticky dance beats. For the next one, she's working on songs with Moon. "It's my second-favorite thing that we do -- except, well, you know, obviously..."

The newlyweds have created a routine. "I wear satin nightgowns and fluffy slippers. He drinks gin from nine in the morning, rolls his cigarettes and only wears Saint Laurent. And we make music all day every day. They say we're like Sid and Nancy because we like to party together, even if there isn't a party."

So far, this whirlwind year has Kills wildly in love, neck-deep in nightgowns and constantly adding to her ever-growing circle of celebrity collaborators and besties. But all the attention has only sharpened her focus on her own work. "I'm really excited for my new music. It's funny, but cowriting songs for world-renowned pop stars has allowed me to be more obscure and inappropriate with my own sound."

As effusive as she is for most of our time together, she gets tight-lipped when I ask about future releases.