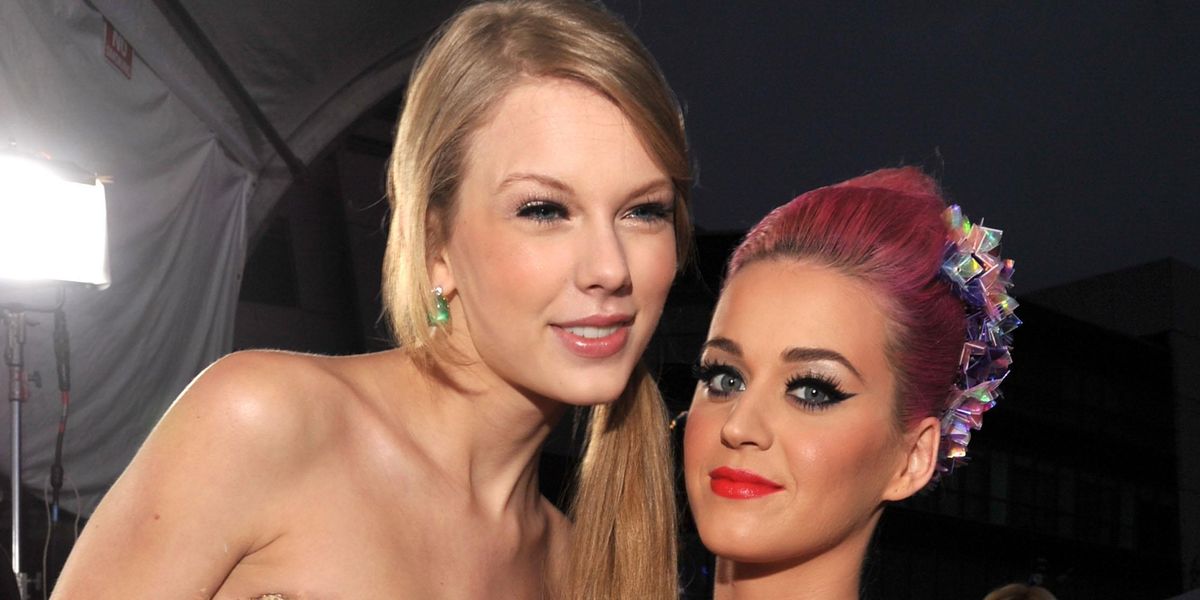 How Did We Miss Katy Perry's Subtle Drag of Taylor Swift in Her New Vogue Profile?

Katy and Taylor, two corners of pop's female superstar pentagon (bon jour Bey, Rih and Gaga!), have been less than chummy for a hot minute now. There was obviously the whole back-up dancers fiasco, both dating wet papier-mâché guitar-man John Mayer, then Swift's tune "Bad Blood" which everyone immediately surmised was a thinly-veiled roast of Perry and now, politics.

It's common knowledge now that post-Kim's Snapchat exposé and the Tom Hiddleston debacle, Taylor is taking her image very seriously. This endeavor to retain mass-appeal is thought to be the reason that Taylor refrained from commenting on the US presidential election last year – you'll remember the one, when a walking butternut squash beat Hillary Clinton. In fact the only time she referenced anything to do with the whole situation, was a voting line selfie.

Katy, alternatively, got very political, plastering Clinton all over her Instagram, dressing as her for Halloween, appearing at her rallies and, more recently, designing her a wonderfully "career-girl-in-the-big-city" lucite heel. In her profile for Vogue, which we covered yesterday, Katy talks how the election impacted her, but also addresses her disappointment with "celebrities" who appeared to stand for nothing during a time of true political turmoil.

This is how it went down.

"I don't think you have to shout it from the rooftops," she says of her political views—she performed at the Democratic National Convention and campaigned for Hillary Clinton during the 2016 presidential campaign—"but I think you have to stand for something, and if you're not standing for anything," she adds pointedly, perhaps aiming at some of her deliberately apolitical confreres, "you're really just serving yourself, period, end of story. 'California Gurls' and fluffy stuff would be completely inauthentic to who I am now and what I've learned," she adds. "I do believe we need a little escapism, but I think that it can't all be that. If you have a voice you have a responsibility to use it now, more than ever."

"Pointedly"! "Apolitical confreres"! If that isn't T-Swiz drag served on the rocks with a diplomatic twist, what is?

Then again, it's important to remember Trump voters do still appreciate music, so if artists like Taylor want to remain in the hearts of those who want to make america great again, who are we to judge her.