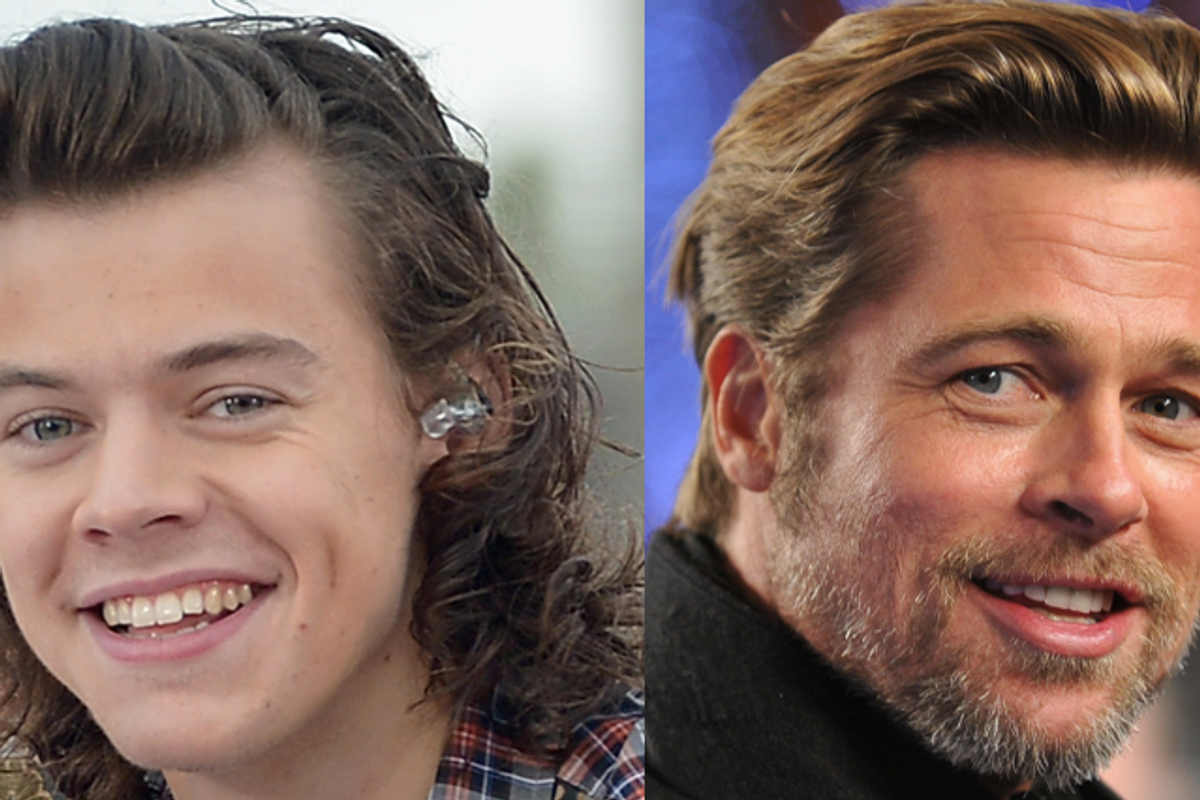 How Did Harry Styles and Brad Pitt Somehow Morph into the Same Person?

Well, would you look at that. While our backs were turned Harry Styles and Brad Pitt, who have both garnered a ton of attention of late, became the same person. Brad's GQ cover story made headlines yesterday for its mutual absurdity and depth and featured a photo shoot with Brad in America's national park which was mutually very absurd and very deep. Harry has had a string of covers after launching his solo career, the first of which being for Another Man.

But Brad Pitt is Brad Pitt! You cry. And Harry Styles is Harry Styles! One is a 53 year-old divorcé with a passion for sculpture! The other is a British reality show alum who just wants to be taken seriously! They are drastically different! I, too, once thought the same, now I'm just not so sure.

Because look, which is which?

Spot the difference, I can't.

If Brad and Harry had morphed into one, would it really be such a bad thing? I don't think so.