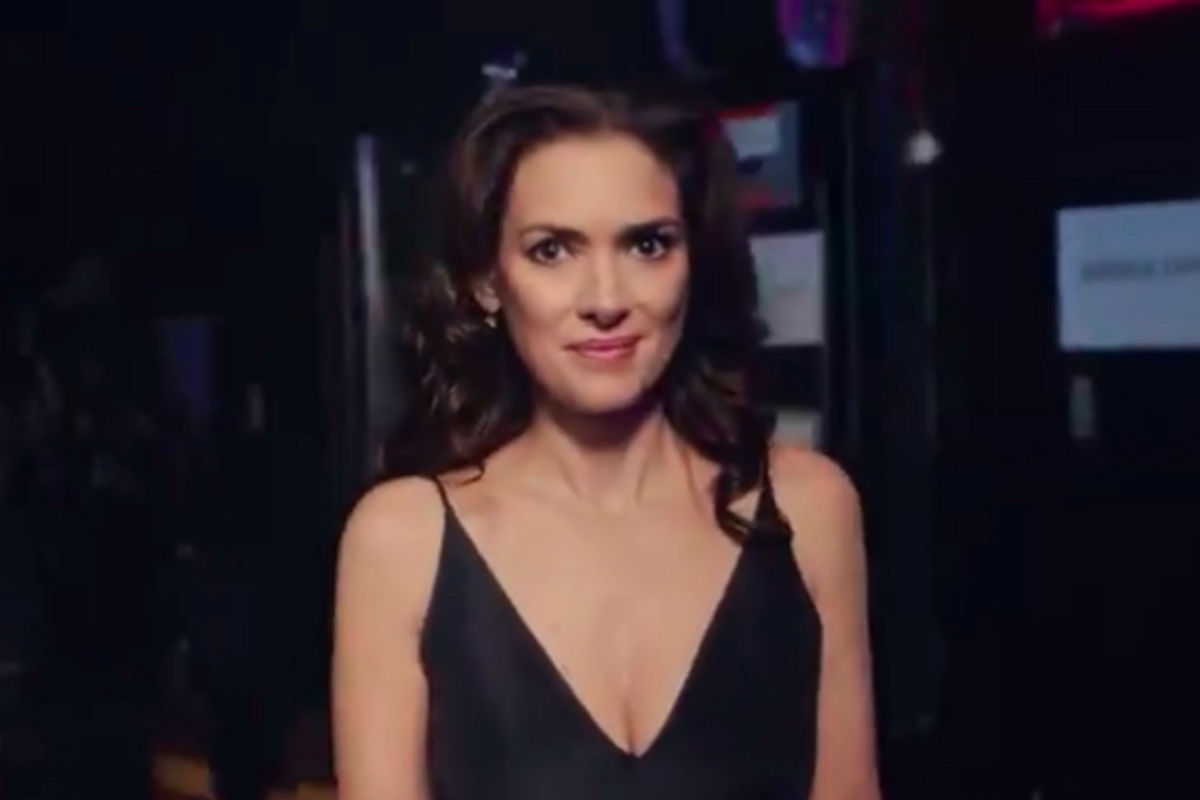 Like the Super Bowl, awards shows such as the Golden Globes are one of the few times viewers across America — and the world — witness the same commercials in real time. In the midst of Seth Meyers' great opening monologue and Nicole Kidman making us proud, L'Oréal aired an ad starring Winona Ryder that nearly broke us.

The ad showed a woman in a sophisticated black gown in a dressing room, preparing herself to go on stage. First, it's revealed that the woman is none other than Punk Goddess Winona Ryder. Then, the ad says there's "nothing like a great comeback," leading any reasonable person to believe a show starring Winona in all her kookiness would be happening and OH MY GOD that would be amazing.

But then, then, it's revealed that the "comeback" is actually that of DAMAGED HAIR. If you, like me, screamed into the ether and spilled wine all over your newly folded laundry at the fact that L'Oréal compared Winona's 20+ year career to struggling hair strands coated in cheap conditioner, you were far from alone:

FUCK YOU L'ORÉAL FOR MAKING ME THINK WINONA RYDER HAD A NEW NBC SERIES CANCEL BLINDSPOT AND GIVE HER ONE NOW pic.twitter.com/KDT1lcOVgd
— Ira Madison III (@ira) January 8, 2018

I'm in a room of gay men and during that Winona reveal on the Loreal commercial, our collective noise was approximately "Richard Simmons saw a spider." #GoldenGlobes
— Louis Virtel (@louisvirtel) January 8, 2018

Wait was there just a shampoo ad saying we finally let Winona Ryder back in Hollywood because she fixed her hair.
— Jessica Ellis (@baddestmamajama) January 8, 2018

Winona Ryder gets off the phone with L'Oreal... pic.twitter.com/C3NPFrwhwP
— Chris Schleicher (@cschleichsrun) January 8, 2018

I just SCREAMED at the reveal in the Winona Ryder hair care commercial. I hope it wins the Emmy for Best Drama. #GoldenGlobes
— itsonlyzach (@itsonlyzach) January 8, 2018

Ryder may be the new face of L'Oréal, but still, they didn't have to do her like that.

NBC do us all a favor and pick up this pilot starring Winona Ryder and her hair. #goldenglobes https://t.co/ZZkSm0Afch
— Nicholas Pilapil (@nicholaspilapil) January 8, 2018