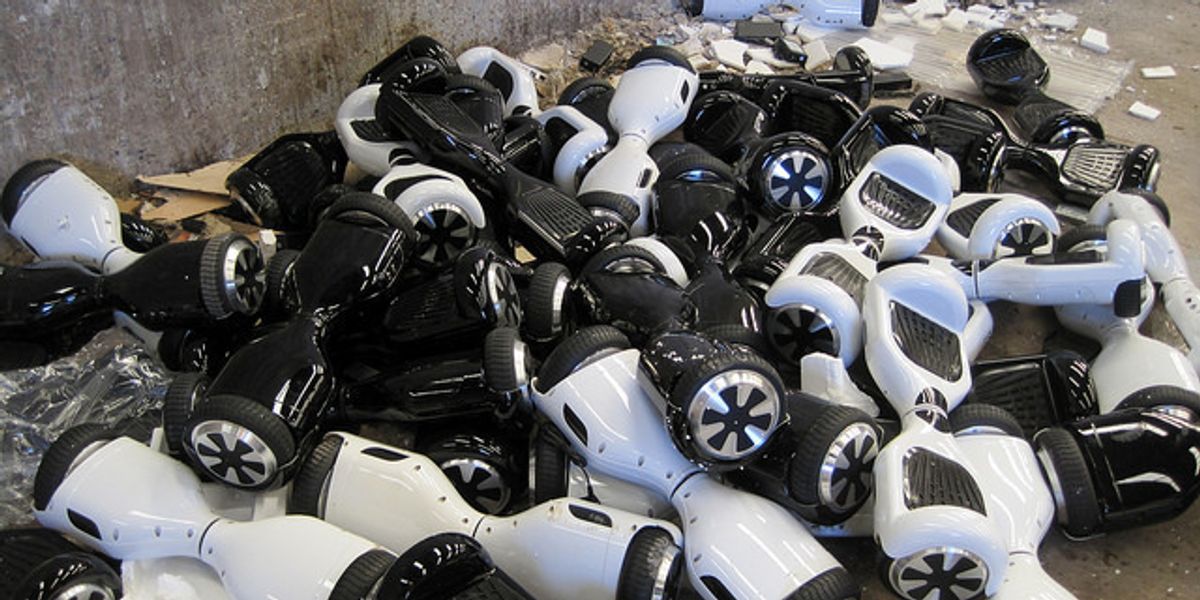 The Future Is Dead at the Hoverboard Graveyard in England

No matter what Wiz Khalifa may say, the hoverboard revolution has not caught on quite yet. The subway system has banned them, and if the NYPD catches you on one on the sidewalk it could cost you a cool $200. But in England a worse fate still could befall a futuristic people-mover.

The Surrey County Council just destroyed 90 hoverboards. The boards were intercepted after being imported from Hong Kong, and after testing were found to hugely dangerous, with faults that could have led, as the Council put it, to "exploding without warning." So the roughly $10,000 worth of hoverboards were slated for destruction. And clearly someone one the Surrey County Council must know about clickbait, because they took a series of photos of the process. The defective hoverboards even provided their own funeral pyre, bursting into flames as they were destroyed (and then sent to recycling).