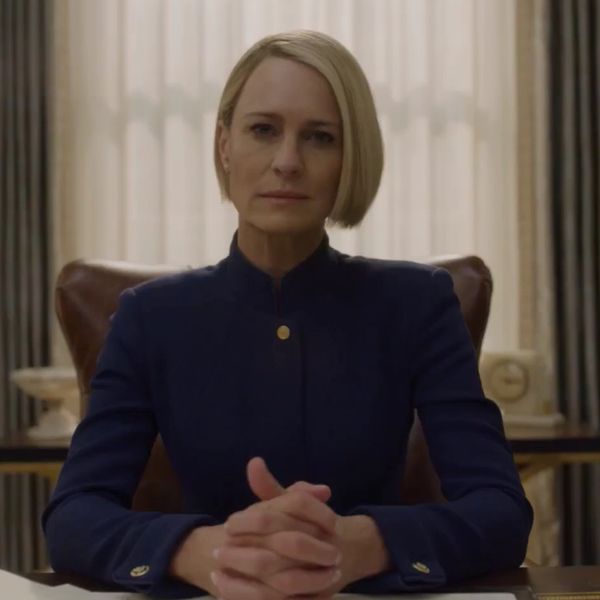 "I'm not going to be told what to do anymore. Not by you, or by any man, ever again."

Claire Underwood is the President now and she's not going to let anyone get in her way. Netflix's House of Cards is set to return for its sixth, and final, season this November, just in time for one of the most highly-contested midterm elections in recent history. For a show that has thrived on the drama of political backstabbing, scandalous cover-ups, and prescient social-commentary, the stakes have never been higher both in the show and in real life.

In the wake of allegations of sexual misconduct against former House of Cards lead Kevin Spacey late last year, Netflix swiftly moved to cancel the show and fired Spacey from the the show, leaving the fate of the show's final season uncertain. Perhaps House of Cards only saving grace was its convenient deus ex machina of Claire Underwood's, played by Robin Wright, ascension to the Presidency after a calculated political coup at the end of last season.

Now with the arrival of a new trailer from Netflix for House of Cards' denouement we now get a glimpse into the fallout of Claire's contentious rise to power, and from the looks of it everyone is out to get Claire Underwood. Old foes and new sinister forces are attacking Claire on all sides, doing everything in their power to undermine her newfound authority, but the first female President of the United States won't go down without a fierce fight. Oligarchs will fall. Blood will be shed. Bodies will be buried.

Watch the full trailer for House of Cards' final season, below: