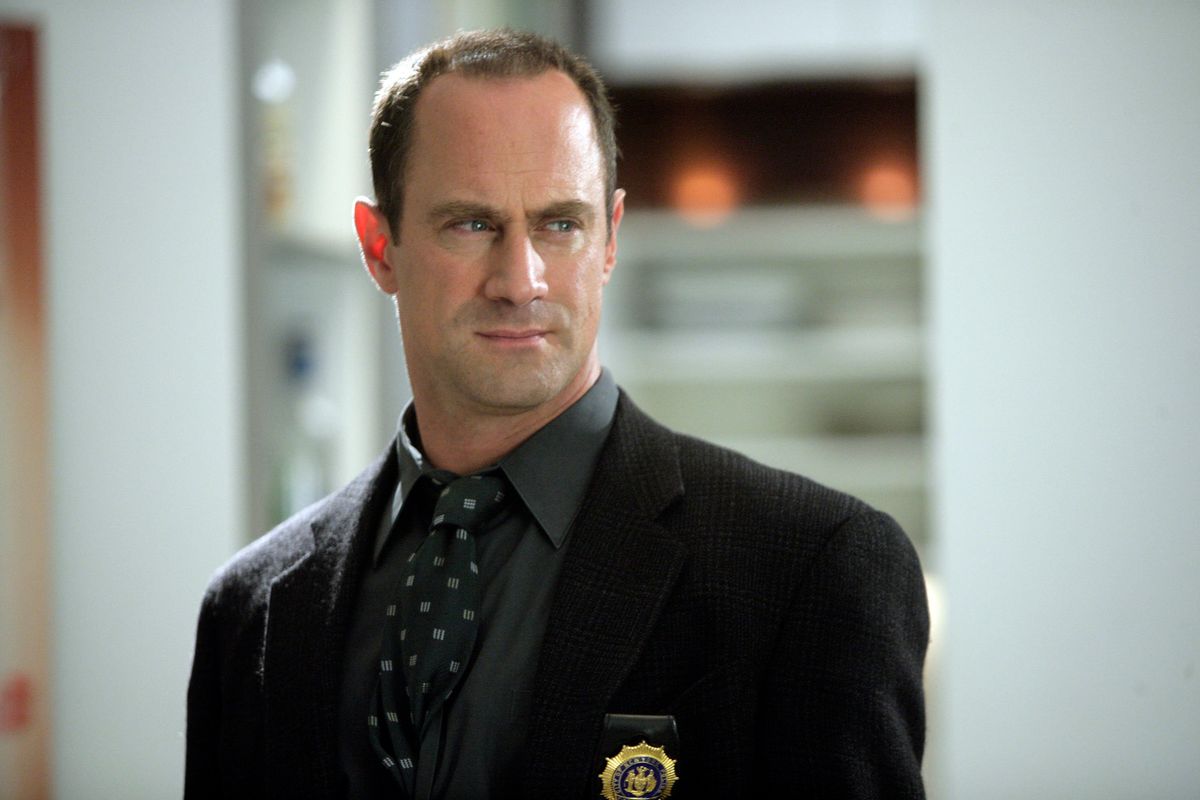 Feast Your Eyes Upon the Hottest Daddies on TV

On Tuesday night's magnificent episode of Younger, Charles (Peter Hermann, aka Mr. Mariska Hargitay) and Liza (Sutton Foster) finally, finally boned. And after five seasons of buildup, showrunner Darren Star did not disappoint, giving us not just a sex scene, but a full sex montage. It was unquestionably the hottest thing that has ever aired on TV Land.

Charles, father to two young girls, is one of the sexiest television dads of all time. And he got us thinking about daddies.

Of course, not all fathers are daddies. Daddy and zaddy, as adjectives, are the predecessors to Big Dick Energy; those who count as such must be older, self-possessed, domineering, and at least slightly ornery, with the ability to trigger all of one's childhood issues. And so in Charles's honor, here is a list of his televised peers, those who are both daddy and actual dads (apologies to Luke Cage, Mr. Big, etc.). Behold: a selection of tv's hottest daddies.

Charles rose from the ashes of his broken marriage like a phoenix. Even the vacation beard kind of worked.

The ultimate, the gold standard, the ur-daddy. I mean.

While it's unknown if Dick has kids, he is a sugar daddy, and his name is Dick. And Christopher Meloni is such an archetypal daddy that he deserved a double placement on this list! These are mother's stories.

Rogelio's extensive skincare routine is really paying off. And while he is indeed ridiculously handsome, he would also surely projectile weep if he wasn't included on this list.

Terry cares for his muscles almost as tenderly as his twin daughters, Cagney and Lacey.

While Sandy Cohen is the obvious choice here, what with the eyebrows and all, Peter Gallagher is arguably more daddy in Grace and Frankie (please don't @ me). Caleb Nichol's aggressively evil personality has its own unique appeal! Alan Dale is forever the go-to Nefarious Daddy.

When he manages to shut up about making jam, Fitz is truly daddy. Earn me, anytime.

Kelly Ripa is so very blessed.

While Top Chef is a reality show that does not involve Colicchio's actual progeny, he is both a daddy and a bear icon.

IRL Taye Diggs has an unfortunate penchant for fedoras. But he's still… Taye Diggs. And on Private Practice, he played the hottest grandfather of all time.

A terrible father, a beautiful man.

Uncle Jesse is objectively gorgeous, though arguably a bit too young to attain true daddy status during the first Full House run. For what it's worth, PAPER social media manager Peyton Dix controversially maintains that Bob Saget has BDE.

How dare that cursed submarine take Jin away from us.

True, Jaime Lannister is gorgeous, but he's also had a prolonged affair with his twin sister. Ned Stark (RIP) has a rugged quality that goes unappreciated!