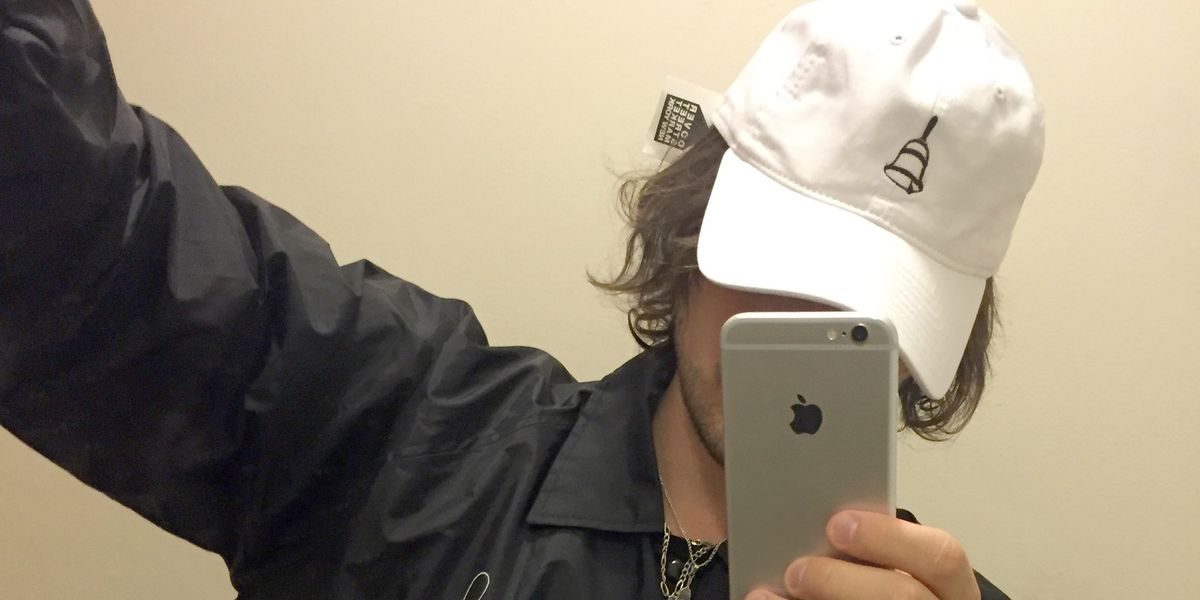 Manipulation, distanced from all its negative connotations, is the conceptual centerpiece of Hot Sugar aka Nick Koenig's work. Whether in relation to the way he can shift a scratch into a snare or his desire to sonically-induce otherworldly wet dreams, it's all concrete evidence of the larger fantasy realm -- somewhere in between the metaphorical and metaphysical -- that he's built for himself and his listeners.

However, it looks like his thirst to (both literally and figuratively) fuck with the subconscious has ended in one sense with the release of today's third (and final) Seductive Nightmares mix, which is everything you could hope for and more in a grand finale. Because despite the acute finality this declaration incurs, there's something intuitively eternal about this collection of songs and "seductive interludes," which is perhaps the greatest testament to Koenig's "associative music" technique and its efficacy. Meant to "harness the psychological and visceral properties of sounds native to non-musical environments" -- i.e. collect the day-to-day noises you'd typically filter out and then rework them into the basis of a new beat -- Seductive Nightmares 3 (at least for us) somehow manages to unlock some surprisingly dusty, deep-set feelings via chimerical harmonies and YouTube-sourced samples.

Debuting the mix alongside a new limited edition line of Seductive Nightmares-inspired apparel called Noise Collector (available now via Dover Street Market), we caught up with Koenig ahead of his West Coast tour to talk a little bit about sparkly alien sex, the poetic sound of struggle and why he's stopped being romantic with strangers in the service of his international data plan.


This is the end of the series right? Why is this a trilogy rather than a continuous series?

Yeah. I've been working on a new album, but I don't like loose ends and after episodes 1 & 2 came out something felt incomplete, so I'm glad I made a proper conclusion.

Tell me about a seductive nightmare you've had recently.

Honestly, I haven't had a seductive nightmare since 3rd grade. That's why I made this series -- as a means to try to invoke them. In 3rd grade, I had a dream I had sex with an alien that looked like the alien emoji. It was twice as tall as me and sparkly teal. I would daydream about it during school for weeks after, but I never had a dream like that again. That's the only sex dream I've ever had in my life, unfortunately. Every other time I've gone to sleep, I just have anxiety dreams, which is probably why I always look tired.

What's your favorite sample on this particular edition of Seductive Nightmares? Why?

Here we have people impractically chipping away at heavy concrete making magical, twinkly sounds. I find it poetic that a work of such beauty emerges as a side-effect to what could be perceived as a tedious and futile task. It's a symbol for life's struggle.

A lot of the drums in this mix come from this.

The inclusion of several notable vocal snippets like the "There Will Be A Day" sample was surprising. Why break form from previous mixtapes/compositions?

That song is by a talented young girl singing at her Grandfather's funeral next to his casket after he got hit by a truck. Her performance is beautiful, despite the morose context, and that's basically been the motif throughout the mixes, so I think it passes.

Is the Twilight Zone episode you sample your favorite or do you just identify with the protagonist? If the latter, what is your favorite episode and why.

That show's so good, I have a bunch of favorites. But yeah, that episode in particular speaks to me.

For those who haven't seen it, the main character's a producer who seduces a muse, only to then be attacked by her jealous lovers.

A few years ago, I was bored and alone eating grapes in Paris. I tweeted something like "send me a message with the hashtag #Romance and I'll send you a romantic selfie," because I had taken a selfie eating grapes.

That evening, I responded to each message with the same selfie. But once I got to about 200 people, I deleted the tweet and went to sleep. When I woke up the next morning, I had hundreds of messages from people thinking we were now in a committed relationship and that the photo was just between me and them. I was now stuck trying to simultaneously maintain over 200 long-distance romantic relationships with men & women all over this world -- copying and pasting my responses, but trying my best to personalize them. I'd type the letter "T" and it would autocomplete to "Ty bb, you Also look rly good in that photo and/or video you've sent me and im glad we're together forever". On top of destroying my international data plan, my new relationships were quickly draining me, so I ghosted everyone a couple hours later.

What I didn't realize was that while my motives were innocent and pure, I had been toying with 200 peoples' delicate hearts and their Love soon turned to Scorn. Some of those people even had jealous lovers reaching out to me, picking fights (several of whom were rather famous musicians who I won't embarrass) seeking revenge for the fact that I had stolen their partner by way of spambot-style pick-up lines.

I learned my lesson after that. I stopped being romantic with strangers and I will never again choose to be in a relationship with 200 people in the same day.

Speaking of which, X-Files or Twilight Zone? Why?

In your blurb you mention Ted Turner's Doomsday video -- what's your ideal way to go in the (likely) case of an apocalypse during our lifetimes?

The ancient Greek writer Aeschylus died because an eagle dropped a turtle on his head. The eagle thought his bald head was a rock and was hoping it could crack open the turtle on that rock, but it was just Aeschylus's head. He was literally hanging out and then a turtle bonked him in the head… because an eagle threw it...

Some people debate the veracity of that story (and also I don't know how such an event would be prompted by an apocalypse) but either way, IF I ever die, just tell people that's how I went.

Snakes or spiders? Where do you get yours?

I love them both. In my weaker, more trusting years (around my aforementioned text message story) I would ask strangers on social media for a tarantula or a snake, and then someone local would let me play with one.

My favorite snake I've ever played with was the one in the "Sinkies" video. Its name was Steve (which the owner seemed embarrassed about).

Who wins The Bug Wars?

Im a pacifist so I'd say that War never has a real victor, one side just loses less than the other.. But in this case, the Tzen reptiles defeat the Megawasps & Ants (for now). Rahm, the reptilian main character, was born a soldier and successfully led his battalion of Warmbloods to victory. It ends with him being put back in his space pod for "deep sleep", wondering if they'll euthanize him to make room for the new hatchlings given the limited space aboard the spacecraft. He doesn't seem to mind though because he's fulfilled the only duty he ever knew or cared for.

To complete a self-imposed duty and feel a sense of fulfillment is rare, so in that sense he wins this War called "Life". His journey was a struggle for sure, but he never stopped listening to the magical sparkle sounds of that symbolic road work he called "being an intergalactic reptilian soldier".