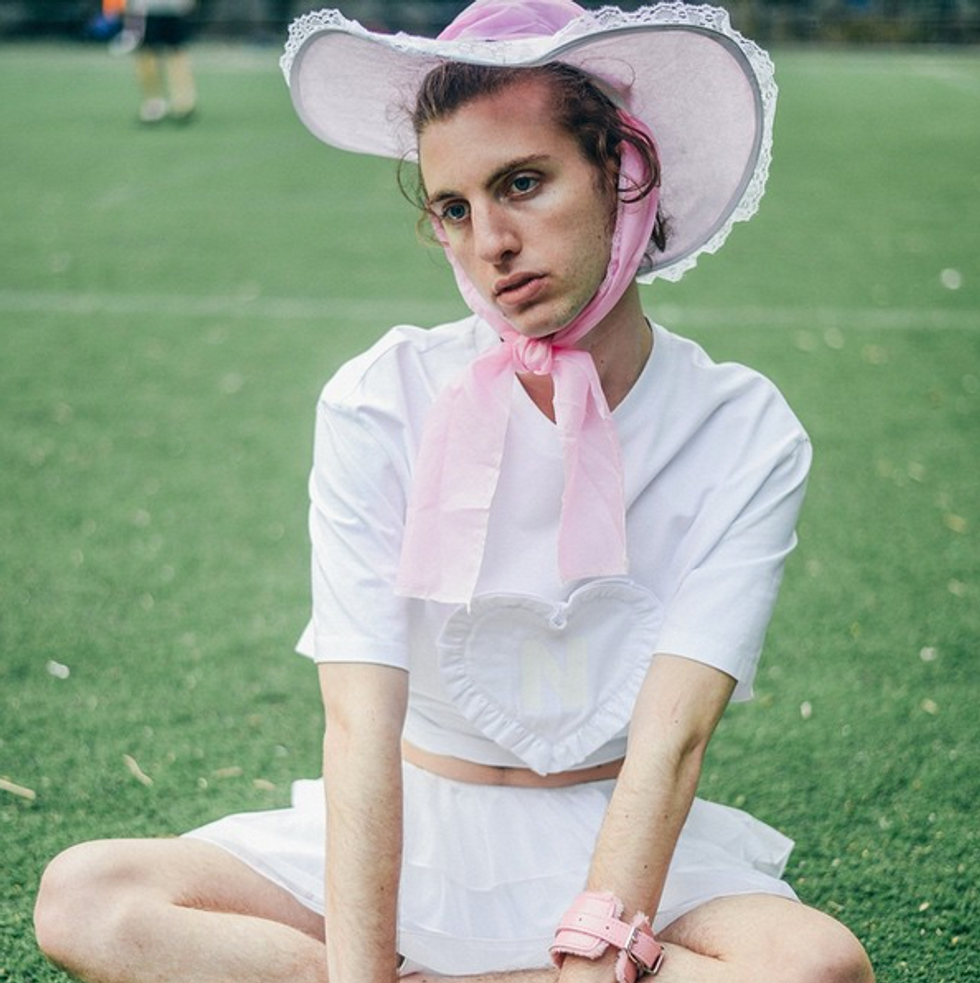 When avant indie label Vaquera presented its Fall 2015 collection in a MTA subway station last February, designer Patric DiCaprio styled several of his models in the hottest headwear of 2015: bonnets.

Lauren Alice Avery (Photo via Instagram)
Sure, fashion presentations are often intentionally over-the-top, but in Vaquera's case, the choice of featuring that pioneer accessory is indicative of a larger pro-bonnet trendlet that's gaining popularity among a certain subset of kids who get fashion inspirations off Tumblr, read DIS Magazine or party at Thotlandia. It has roots with LA actress/Instagram It Girl, Lauren Alice Avery, who posted a photo of herself drinking almond milk and wearing a bonnet nearly a year ago. She later posted an image of a stuffed pilgrim doll with the caption "Bitch stole my look," referring to the toy's fabulously fresh-off-the-Mayflower vibe. And now thanks to social media (of course), the style has snowballed.

Jake Levy (Photo via Instagram)
The new face of Chanel, Johnny Depp's daughter, Lily-Rose Depp, wore a modified wide-brimmed bonnet in Oyster Magazine (and later posed alongside Moses Gauntlett Cheng designer David Moses, each sporting the look); stylist and recent subject of a Paper photo feature, Jake Levy, has been shot in a pink frilly bonnet for Nicola Formichetti's Harajuku-inspired label Nicopanda; Paper's "Coolest Person in the Room" Sussi Suss recently coined the look "Amish Bondage" before a recent night out; artist Arielle Chiara has opted for a face-shielding black bonnet; and DiCaprio himself has paired the old-school headgear with both yellow-tinted shades and a corset-style top.