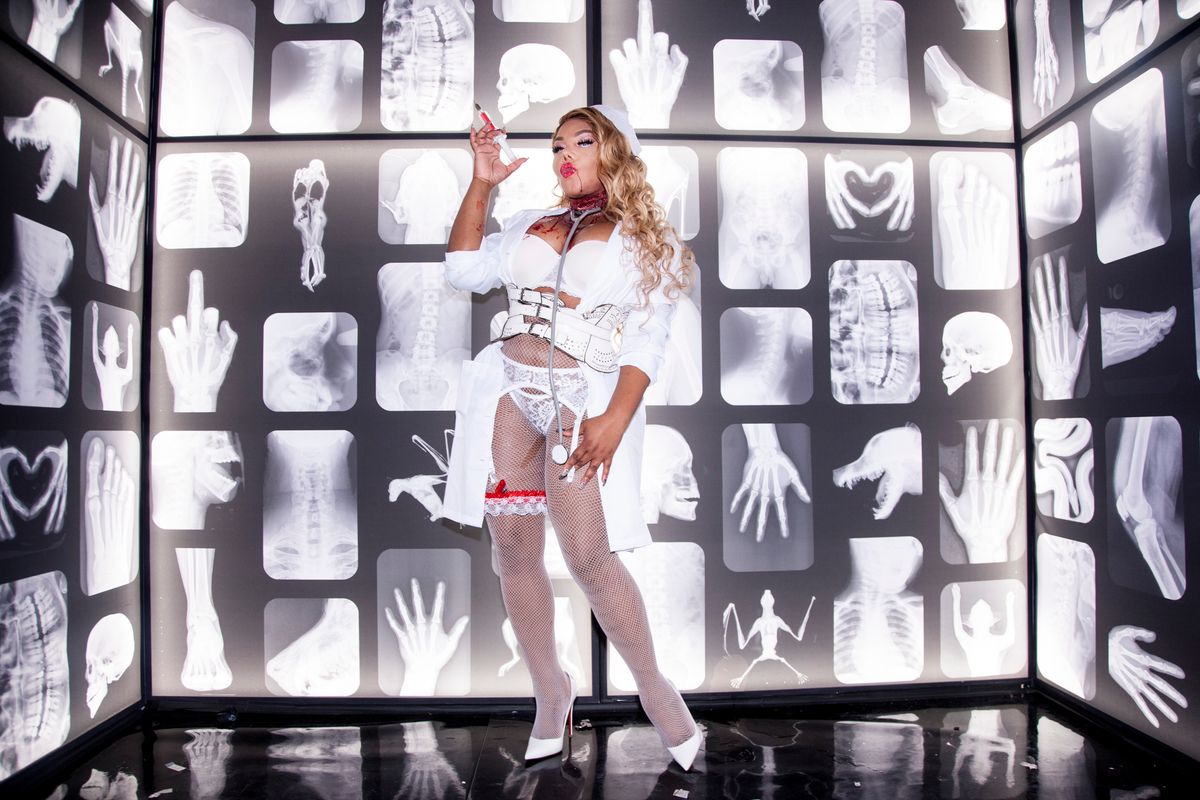 There's nothing scarier than the day after Halloween. Hundreds of hungover zombies with half of their makeup smeared off, stumbling home with one less faux cat ear than you started with last night, and opening your phone to find five new contacts that all decided to just put their names as a pumpkin emoji. Its hell, but one you are already scheming about going bigger for next year.

The frights, fantasy, and glamour of it all keeps us coming back year after year, and there's no party more giddly anticipated than Ariamnes and Laurent Tourondel's annual Halloween bash, Hospital 849. Taking over event space, SECOND at Kimpton Hotel Eventi, and transforming it into a twisted psychiatric hospital run amok by escaped patients, Hospital 849 brought over-the-top ambiance with the high-fashion edge that New York nightlife has come to expect.

Take a look inside Hospital 849's most twisted looks and ghoulish guests below: