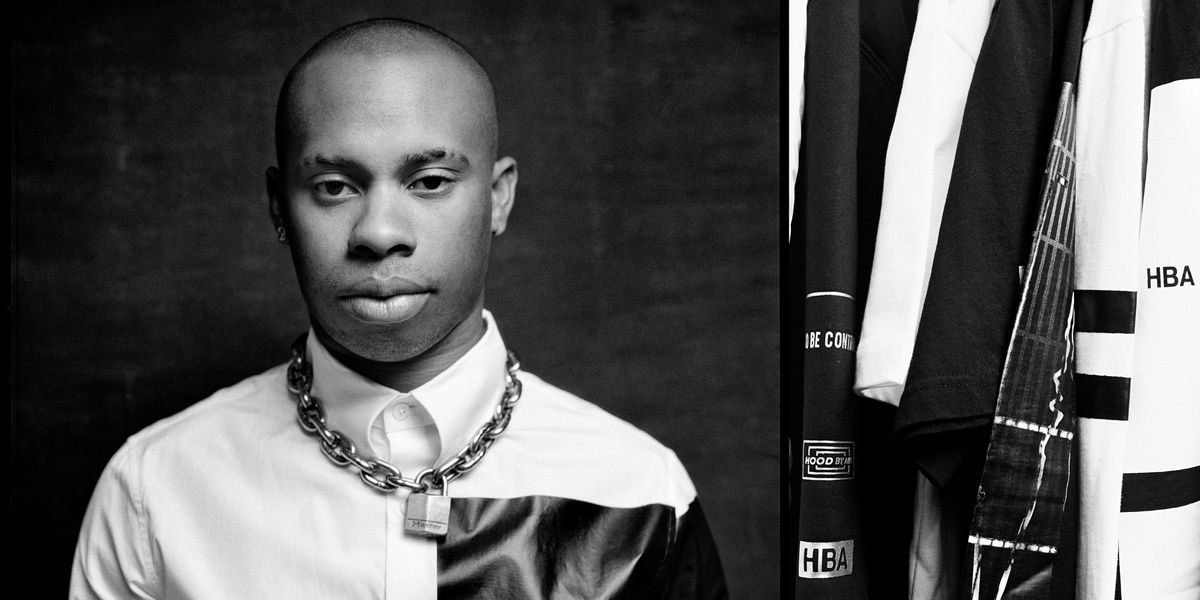 Shayne Oliver Is Finally Bringing Hood by Air Back

Shayne Oliver was ahead of his time when he first launched Hood by Air 13 years ago. Despite its cult following among young, Black and queer creative types, the industry didn't quite get his streetwear-centric, '90s-influenced, gender-bending designs until way later.

This morning, however, Oliver announced that he is officially bringing back Hood by Air in 2020 (and without playing by any rulebooks from the traditional fashion calendar). "There is another world that still needs to be created," Oliver said in a statement. "It's about tearing the old one down while figuring out a way to build a new one up, and in the midst of all of that, amplifying the ideas and conversations that we feel are important."

The relaunch is being broken down into four different parts: HOOD BY AIR, HBA, MUSEUM and ANONYMOUS CLUB. According to the brand, "Hood by Air" will hold an event or activation each year to set a new theme which will be reinterpreted as "collectible fashion products."

"HBA," meanwhile, will act as a direct to consumer platform for new product drops and releases that build off the current theme. And "Museum" will house the brand's archives that will be re-interpreted in future collections by potential "designers-in-residence."

Finally, "Anonymous Club" will act as a breeding ground and platform for emerging artists and musicians, many of which will go on to graduate, create and collaborate with HBA and Hood By Air.

The relaunch will kick off kicking with a limited-edition T-shirt this Thursday as part of a charity initiative with Uprising. Oliver is also releasing a Cash Card (in partnership with Cash App) that will feature a metallic grid of EMV-style payment chips designed by Oliver. Sales proceeds from both the card and T-shirt will benefit the Black Trans Femmes in the Arts, Emergency Release Fund and Gays & Lesbians Living In A Transgender Society.

"13-years-ago Hood By Air was birthed out of young, black and POC creatives performing at the highest level," said Oliver. "This was the contemporary output because no one else was doing it. Hood By Air resides here to allow risk and be vanguards for where it's going next. Hood By Air, the new institution."