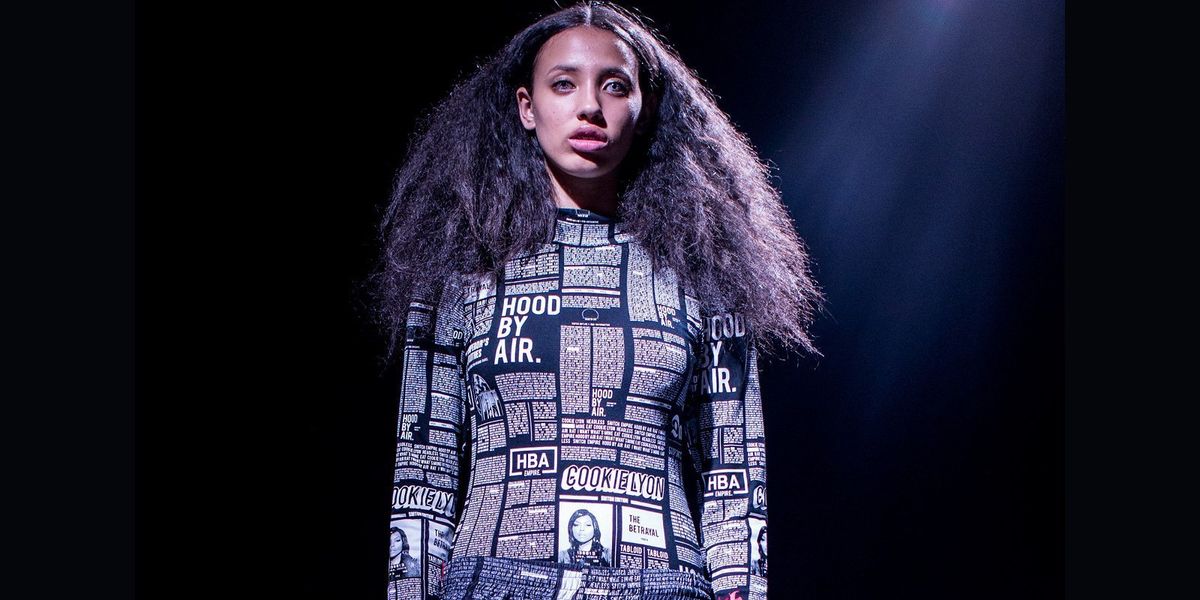 Hood By Air head honcho Shayne Oliver has a long-documented love of Cookie Lyon -- so it only makes sense that the first line of Empire-branded merch is dropping via his own fashion-forward label tomorrow.

That's right, now you can own everything from newsprint bodysuits (headlines include "Watch The Cookie Crumble" and "SNITCH") to pillow backpacks to X-ray Hakeem longsleeves in a collection that's equal parts Lyon Dynasty and dystopian future in its influences. However, the collaboration comes as no surprise, seeing as how HBA's AW15 presentation could have easily replaced Cookie's fur-laden show wardrobe. Not to mention the fact that Oliver used samples of Cookie's voice to soundtrack the show -- an homage to her take-no-shit character that Oliver told Vogue, "means you're here to rip heads off. Cookie's the first thing out here in a while that feels punk."

"Everyone I know was inspired by that show," Oliver continued. "Cookie's a boss, doesn't take shit, doesn't comply with any sort of male rules" -- an attitude that we are very, very on-board with. Peep some prime looks below, while you wait for the collection to drop on the HBA website.