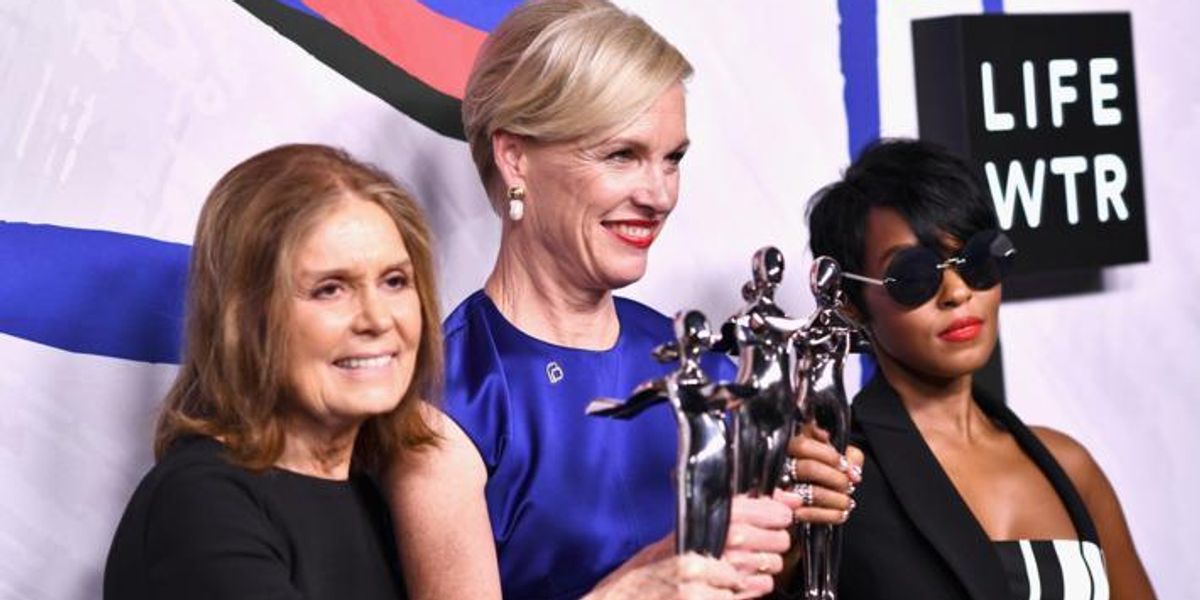 Among the biggest events on the fashion calendar is the CDFA Awards, where fashion's brightest stars get all dolled up to celebrate the industry. This year, however, things were shook up when the honorees, author and icon Gloria Steinem, president of Planned Parenthood Cecile Richards and actress/activist Janelle Monae, essentially co-opted the awards show to share powerful political rhetoric.

Steinem reportedly lead the audience, which included Huma Abedin and Janet Mock, through the value of reproductive rights, what it means to be feminist and even touched on Trump's reckless abandon of the Paris Accord.

While it may feel like the world is simultaneously moving forwards and backwards in the face of Trump's America, while more and more people of note use their platform to "resist, persist, insist", good must eventually prevail.