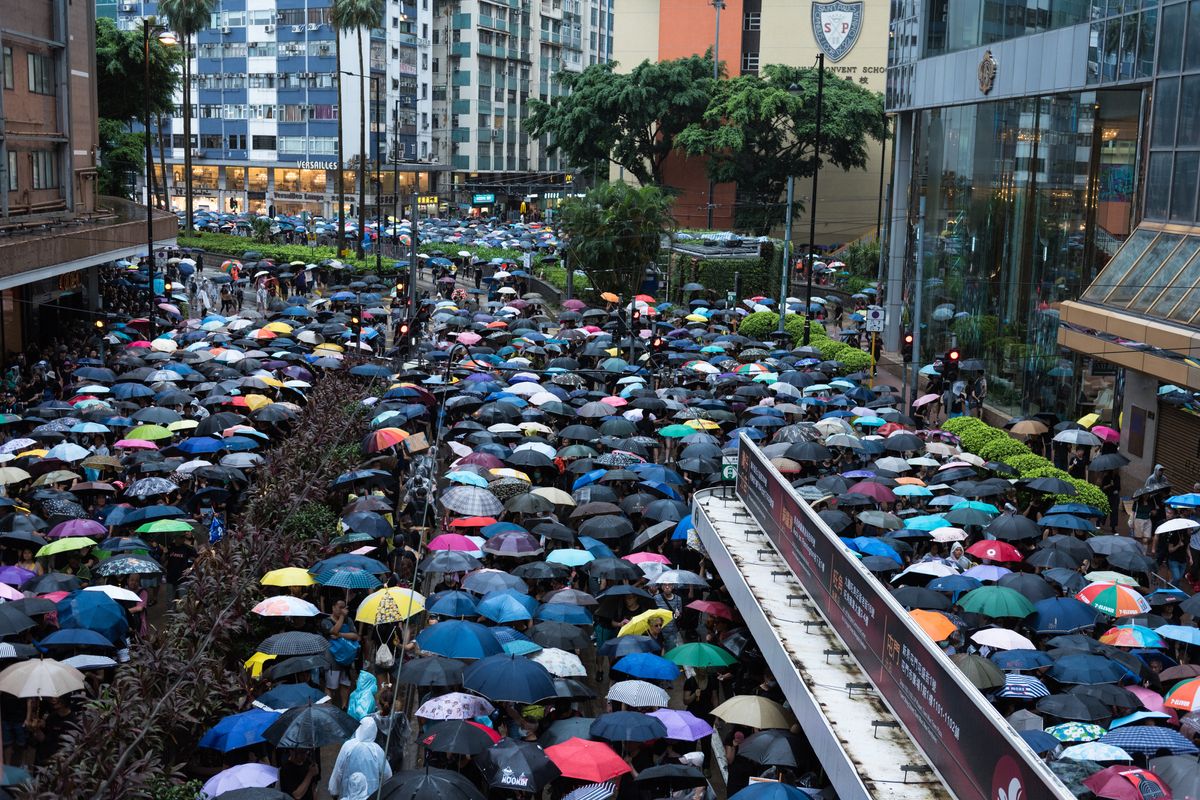 Hundreds of Thousands of Protesters March for Hong Kong

Though heavy rain fell in Hong Kong on Sunday, this didn’t hinder hundreds of thousands of protesters from marching on the streets. Pro-democracy demonstrators rallied against the rule of the Chinese government. This is the 11th consecutive weekend of mass demonstrations.

Sunday’s protest was peaceful, and no police clashes were noted. But the Hong Kong government noted that "participants occupied a number of thoroughfares on Hong Kong Island, seriously affecting traffic and causing much inconvenience to the community." This comes after the violence at the airport Tuesday, when a group of protesters attacked a man they accused of being an undercover cop.

The Civil Human Rights Front previously said in a statement, “From front-line activists, to the elderly in nursing homes, to public housing residents, Hong Kongers have faced police brutality in the forms of tear gas, bean bag rounds and rubber bullets, which they used to disperse and arrest us.”

According to USA Today, protesters are seeking the resignation of Hong Kong Chief Executive Carrie Lam, a retraction of the government claim that the protests have been "riots," the drop of charges against hundreds of protesters and formation of an independent commission to study the behavior of police and government officials.

"We will stand here, we will take action until they respond to us," 20-year-old social work student Harley Ho told The Associated Press. "In the rain, our spirit becomes stronger."