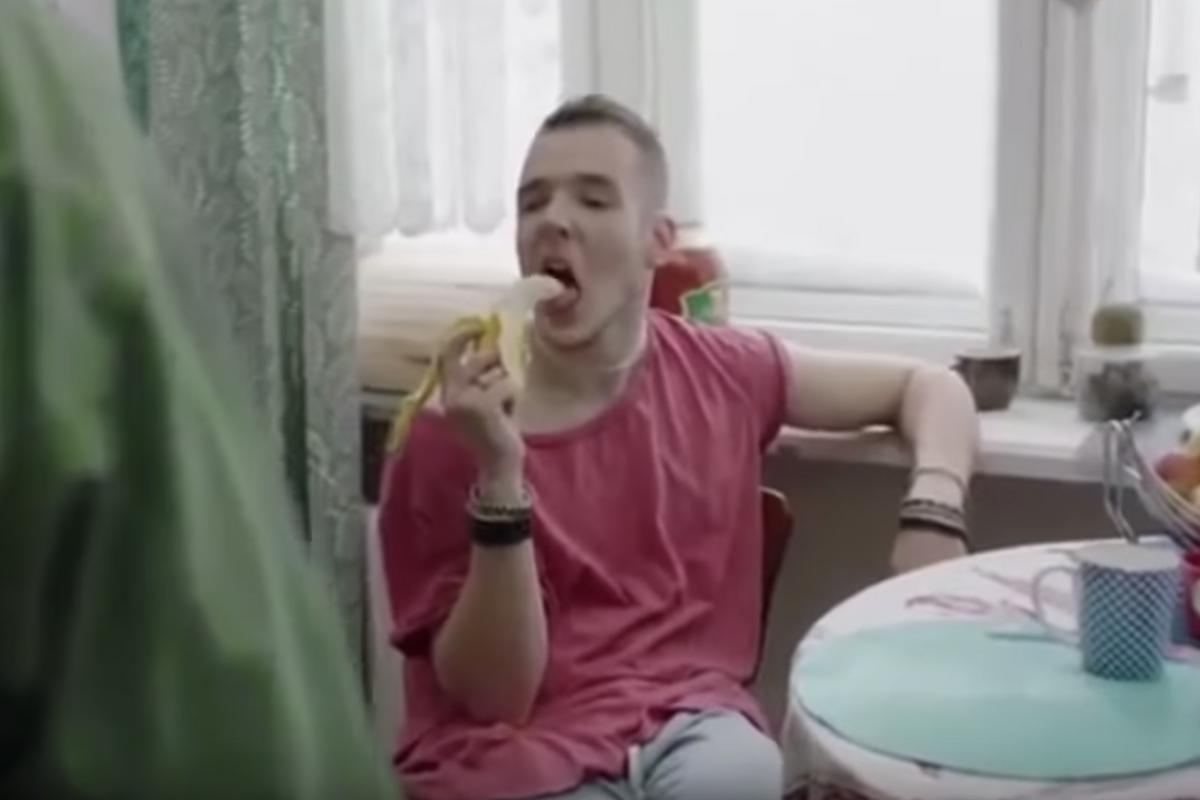 Many believe that fear is the best persuasion tactic. Apparently this logic holds true for the queer-fearing Russian government; last Friday, a wildly homophobic Russian PSA was shared on social media. The ad warns Russians that if they don't vote, they will have to house gay people and will get drafted to war.

It starts with a husband and wife preparing for bed on the night before the election. The man makes fun of his wife for setting her alarm to vote the next morning, and then has a nightmare in which a gay man is squatting in his kitchen and the military is at his door. "I'm a gay on a homestay. The law is the law," the unwelcome houseguest says, filing his nails with a rainbow nail file and suggestively biting into a banana. The wife explains the new law that obliges Russian families to take in single gay people.

Actress Svetlana Galka, who plays the wife, tells the Govorit Moskva radio station, "This is simply a humorous promo, so what?"