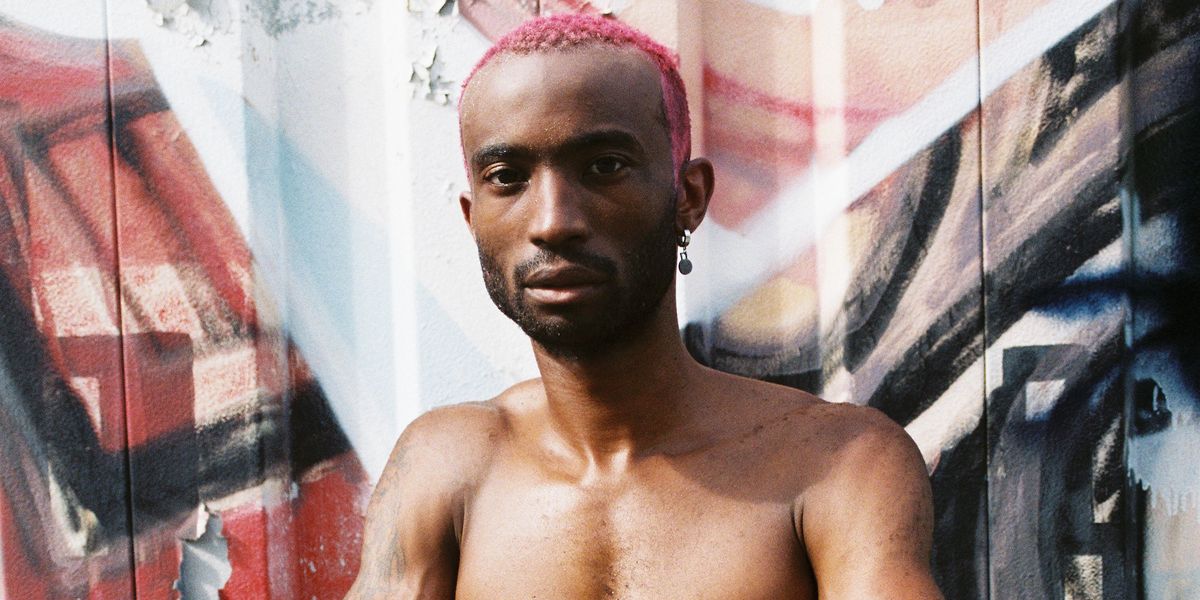 Hommeboy Declares 'What We Want' on Election Day

"What We Want" is a phrase commonly associated with protest and strength. Initially the title of a popular speech by civil rights activist Stokely Carmichael in 1966, the words have become a symbol of resilience — a sentiment that Hommeboy wanted to embody when creating "What We Want," his powerful Election Day single.

It comes at the perfect time, when America needs all the strength it can get as election results await in the very near future. The nostalgic track, produced by Tim Friesen, premieres today on PAPER.

Related | Why We Should 'Settle for Biden'

"What We Want" is pulled from Hommeboy's upcoming album, Era of Good Feelings. While there is no official release date yet, this taste of the project is just the start of Hommeboy's vision to have each song reflect a different era. It is a mix of the most nostalgic pieces of the '90s, creating a familiar sound with an impactful message. For the "What We Want" campaign, the track came first.

"It's wild because this song was supposed to embody the '90s era," Hommeboy told PAPER. "And as I was talking to Tim [Friesen], I was telling him that it should be this element of the LA '92 Riots-meets-Wayne's World-meets-punk-meets classic MTV. And it's powerful because I was thinking about LA '92 Riots, not even thinking that this year would be what it was when we were creating it."

Hommeboy recognizes that this year was different than practically any other, noting that activism is "sexy" in 2020, and the message of "What We Want" asks individuals to continue to "stay active and attractive" as vigorous support for the Black Lives Matter movement continues to decrease since its surge in June.

"I think the movement this year was undeniable. It was loud with the deaths of George Floyd and Breonna Taylor, and with people being outraged by injustice," Hommeboy said. "I think that the coolest thing is that we've all been one in this chapter of history, and we see that we really make a change together when we're all on the same page."

But this year is exactly what broadened Hommeboy's vision for the track into a full mini-campaign that brought together elements of protest with self-care and other resources for voters. In addition to releasing the anthem, Hommeboy also developed an interactive "What We Want" website that compiles everything needed before heading to the polls: A polling line playlist, mental health resources and a link to Pizza to the Polls.

Hommeboy's site also includes a "What do you want?" feature, which allows users to anonymously share their thoughts, feelings and desires in a Typeform that says straightforwardly: "It's never too late to tell 'em what you want."

"I wanted to add a communal element to the website," Hommeboy said. "And I felt like the best way to do that was to have people say what's on their mind. I really believe that expression is transformative and powerful, and we've been seeing the effect of us being able to express ourselves."

Today, Hommeboy is passing on the message of "What We Want" as a powerhouse call to action, but even his rallying cry is influenced by the greats. In particular, Hommeboy references Martin Luther King, Jr.'s mission and legacy.

"I was inspired by being in Atlanta in the cradle of the civil rights movement, walking down the same streets where Martin Luther King was born, lived and marched," Hommeboy said. "I casually pass MLK's birth home almost every day on my daily commutes, walking in his footsteps and that definitely affected the energy of this record."

He continued, "We need to stop commercializing Dr. King's legacy, but his mission is as endless as a Frank Ocean album. In his own words, Dr. King was ahead of his time, fighting against the triple evils of 'racism, materialism and militarism.' I believe myself as an artist and the youth of the future have this same vision today, and this year's events catapulted and unified our goals in this movement."

And the push to demand "What We Want" isn't over any time soon because, as Hommeboy explained, it isn't just Black lives that matter, but Black futures, too.

"I really believe in Black futures," Hommeboy said. "We are rock, we are pop, we are hip-hop, we are every era. There are Black people in the future. And I'm really excited to to be an artist that will hopefully lead the next wave of movement and unity."