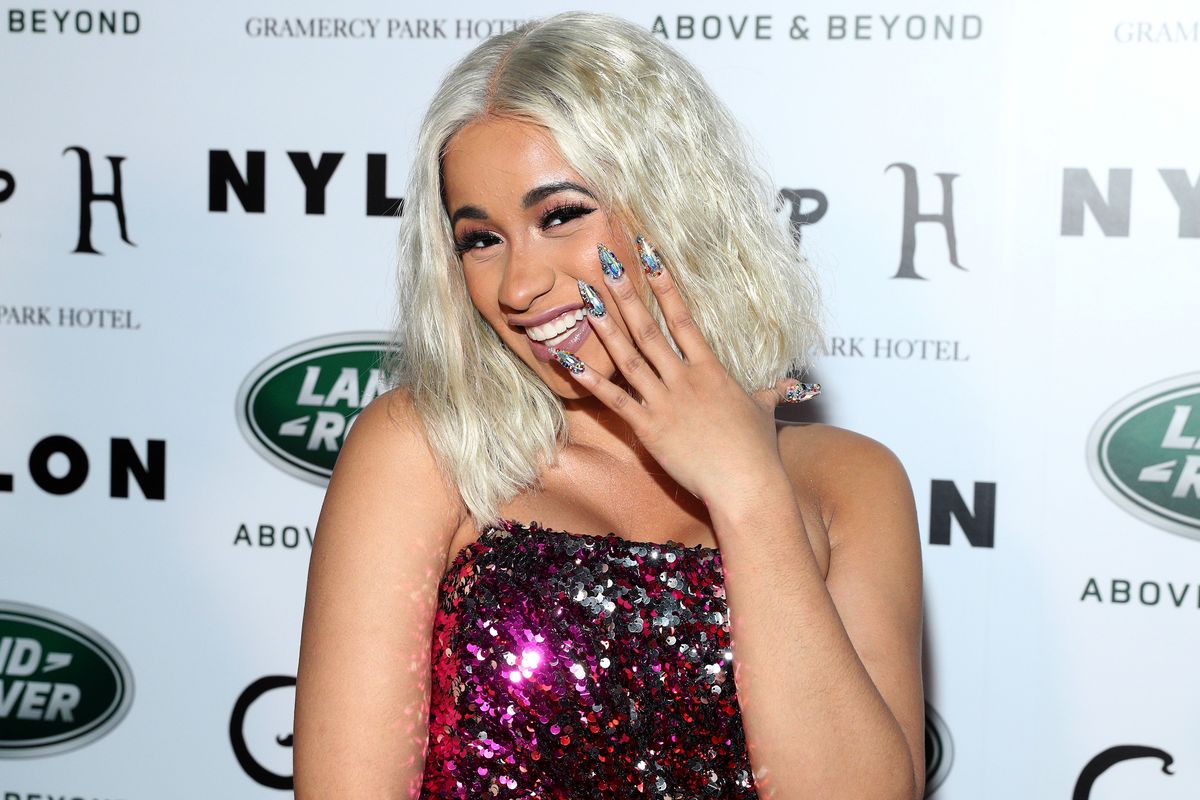 Holy Wow She Did it, Cardi B Takes Number One

Friends, allies, guys outside my deli with a small bluetooth speaker bumping "Bodak Yellow" at 3am, I thank you endlessly, because Bronx queen Cardi B, has usurped Taylor Swift to take the top spot on the charts.

The track has spent a solid 12 weeks on the charts, before reaching number one. By mid-September it was the most-streamed song in the country reaches with 40.8 million domestic streams. Cardi became the first female rapper to debut on the Billboard Hot 100 without any features, and this success makes her the first female hip hop artist to have a number one record without a feature — it's a huge victory.

Cardi appeared on the Breakfast Club last week to discuss "Bodak"s rise, asking the audience to "help a sister out" to get the track number one. She later garnered praise from J.Cole.

Here it is, lil babies. To you, and, of course, to Cardi.