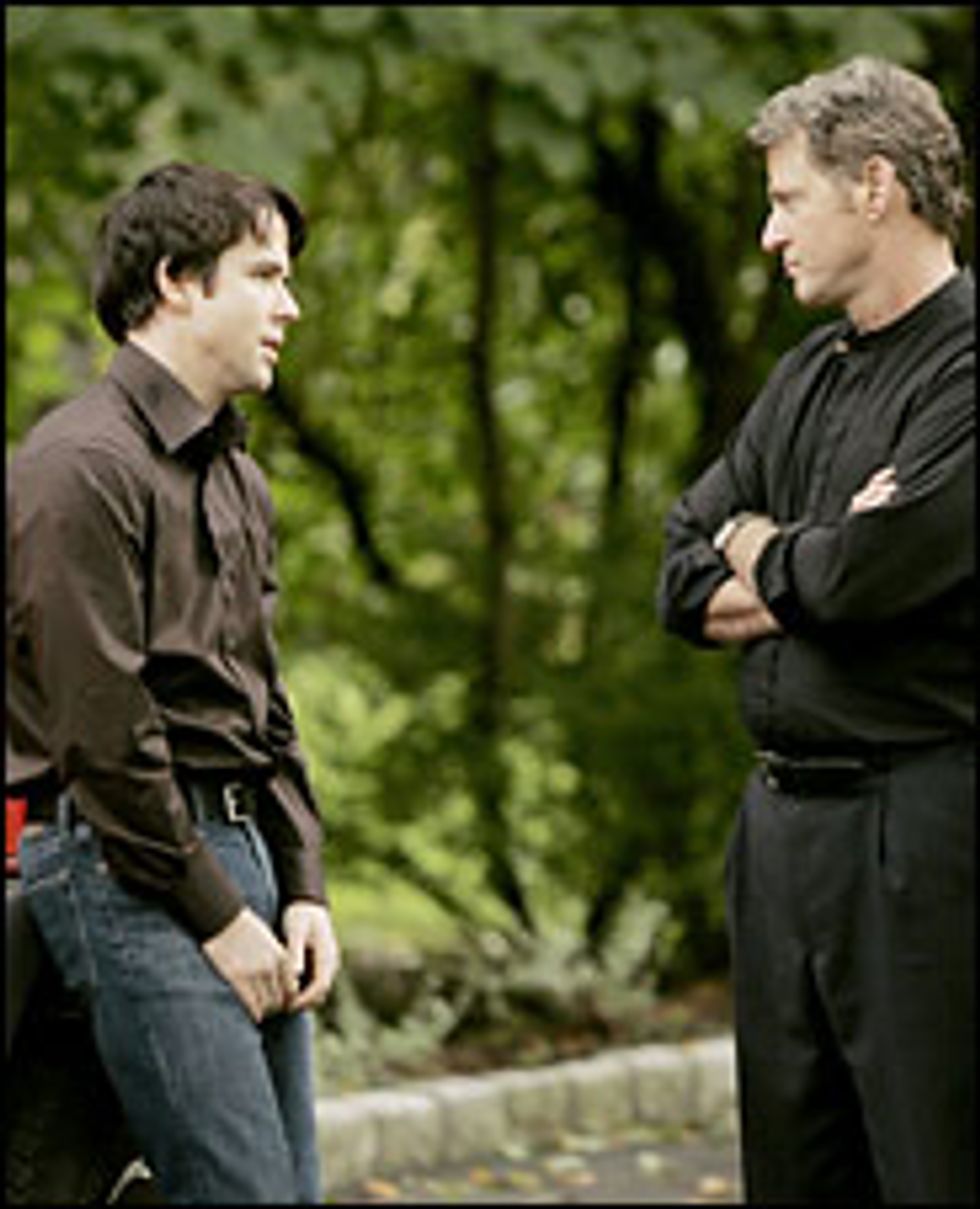 As TV networks struggle to compete with cable, internet, PSP etc., they find themselves in a quandry. If they try to challenge the audience with cutting edge programming the way HBO might, they risk offending someone. As happened when religious activists accused NBC of being anti-Christian for airing The Book of Daniel. Starring Aidan Quinn, the show is about as cutting edge as you're ever going to get on network TV.  Airing on NBC on Friday nights (10 pm), it's about a less-than-ideal family headed by an Episcopal priest who lives in suburban New York with a daughter who sells marijuana, a son who is gay and another son who's girl crazy. And he also has regular conversations with Jesus, a long-haired figure who is also appears on the show. Think "Six Feet Under," but played with a light touch, perhaps as a concession to attracting the larger audience the show needs to stay afloat. Unfortunately, the religious right tactics are working as advertisers shun the show. As pointed out by Stuart Elliott in the NY Times, "The plight of NBC is reminiscent of the difficulties ABC encountered when it introduced 'N.Y.P.D. Blue' in the 1993-94 season, which was unusual for its time in its use of profanity, violence and nudity on a broadcast series...Only after months of critical acclaim - and audiences of tens of millions of viewers - did mainstream advertisers clamber aboard..." So tune in, folks. Don't let those meanies spoil our fun.