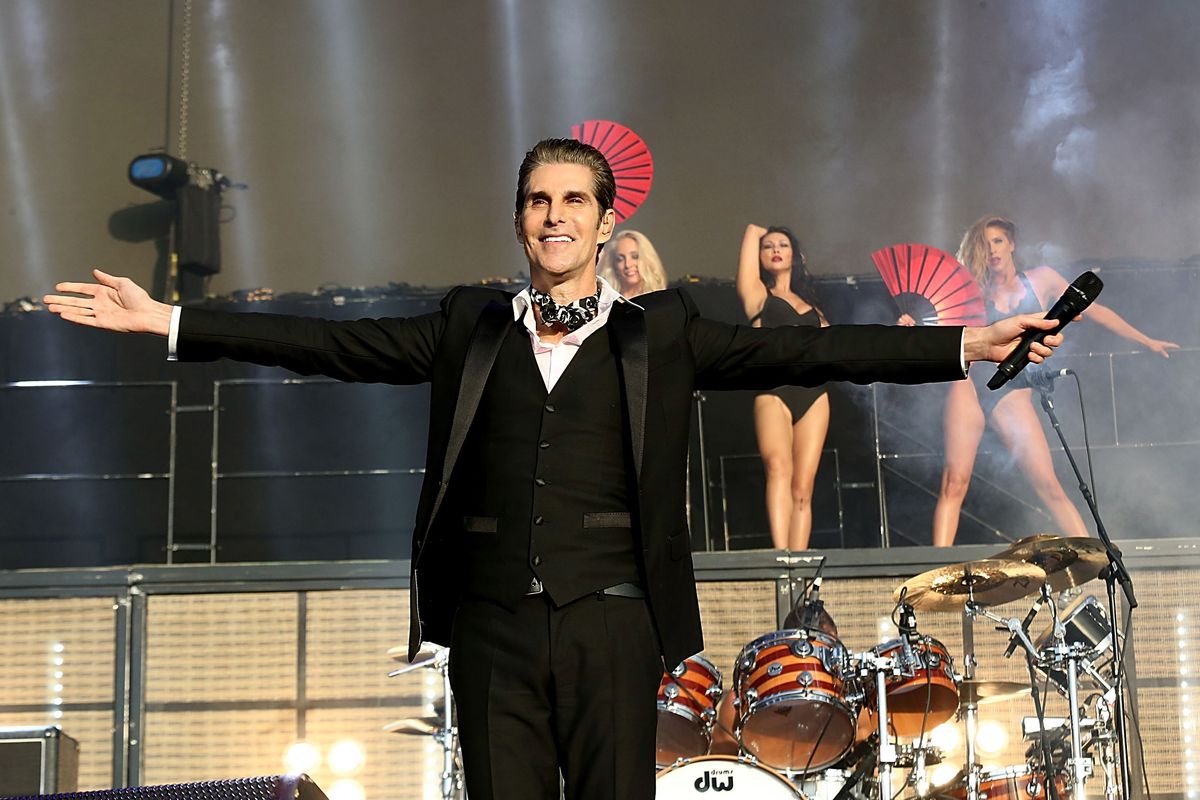 There's something big coming to Las Vegas — like really, really big. Jane's Addiction's Perry Farrell, also the founder of Lollapalooza (which he's not that into anymore), is setting his sights on an immersive Southeast Asia-inspired fantasy/extravaganza — the idea for which came to him "in a very vivid dream."

Wow, what a time to be had! Farrell also plans to have holograms of himself sing with hologram versions of dead superstars, like legends David Bowie, Freddie Mercury, and Jim Morrison. There will also be 40 stations for street food, across five levels.

"Say you start out in August, you come, and by December there are new sounds or new storylines and it's reflective of current events," he said, comparing his idea's longevity to that of a theater. "And it's constantly in production and in a constant state of creation. All the participants are in residence, so we'll have a chance now to collaborate with other musicians, come up with unique content that no one's ever seen before and maybe no one will ever again. The scene is changing. This immersive entertainment complex is where I'm betting people will want to come."

This sounds like a lot, but as long as robot strippers are included, I'm there.