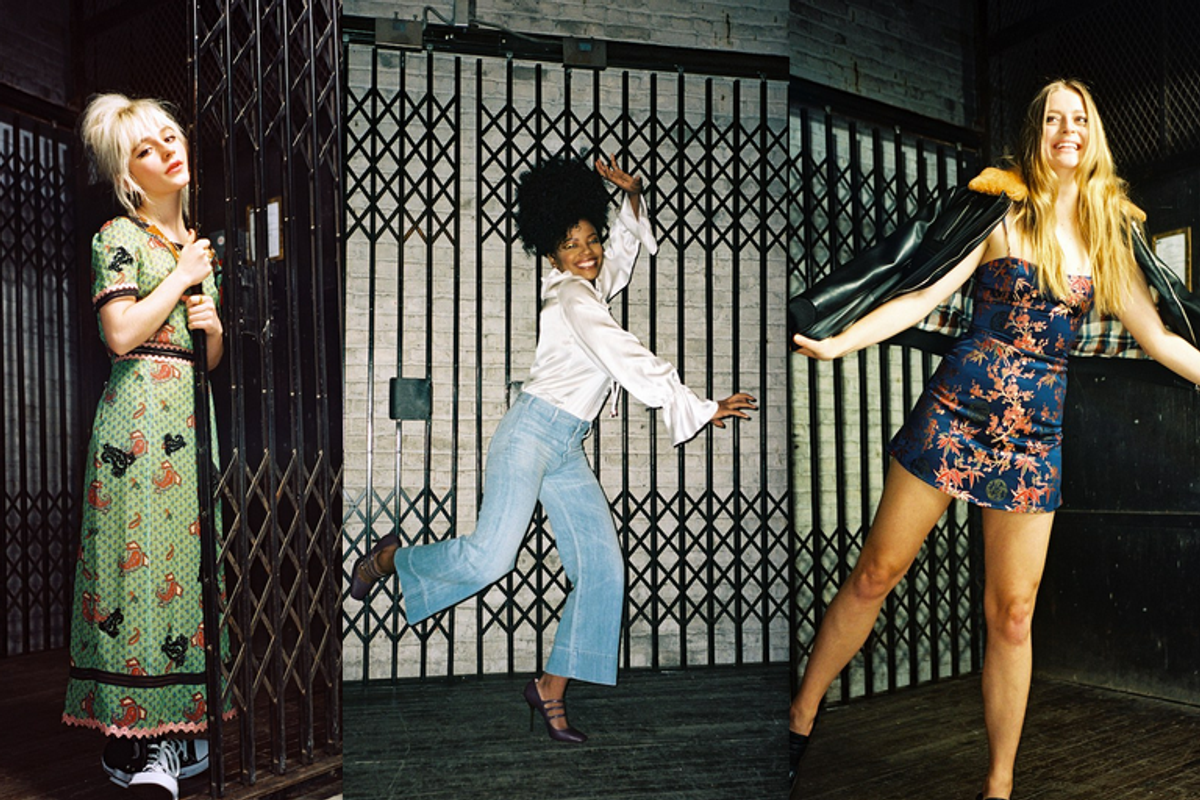 Hollywood's Freshmen Class: 6 Young Actresses You Should Know This Fall

Summer's over, which means it's back to school, the temperatures are rising and we're all pulling our boots out of the closet. It also means that some of the best films and TV shows of the year are hitting our screens to keep us occupied during our upcoming hibernation. Along with a glut of great programming are new faces starring in these projects, whether young actors and actresses making their debuts or faces you may have seen before about to have their breakout moments. This fall sees a number of particularly exciting female roles for young actresses and we're featuring six of these bright lights in a portfolio shot by Sophie Elgort.

There's Chanté Adams, a recent graduate of Carnegie Mellon University who's making her film debut this year in Roxanne Roxanne, playing the title role in the Pharrell and Forrest Whitaker-produced biopic about the life of '80s-era Queens MC Lolita "Roxanne Shanté" Gooden. There's also Sophia Anne Caruso, who is only 16 but has been acting since she was 9; this year she's got a role in a new high school drama on Hulu, Crash & Burn, on the heels of appearing in a musical production of the Secret Life of Bees opposite Orange Is the New Black's Uzo Aduba as well as a forthcoming musical adaption of Beetlejuice. After getting her start on dance satire Bunheads, Julia Goldani Telles has appeared in Showtime's hit show The Affair, where she plays Noah Solloway's daughter, Whitney, and just wrapped a new movie, Most Likely to Murder featuring Adam Pally and Rachel Bloom. 20-year-old actress Grace van Patten just finished an off-Broadway play, The Whirligig, written by Hamish Linklater, but you'll also find her in theaters in Noah Baumbach's new film, The Meyerowitz Stories, starring Adam Sandler (out October 13th), David Robert Mitchell's forthcoming thriller, Under the Silver Lake and The Wilde Wedding, out this Friday. You may have seen Anna Baryshnikov as one of Lucas Hedges' two girlfriends in the award-winning Manchester By the Sea last year and the 25-year-old actress follows that memorable role up with a part on CBS' new series Superior Donuts along with roles in Roundabout Theater's Time and the Conways and the upcoming The Kindergarten Teacher, opposite Maggie Gyllenhaal and Gael García Bernal. Finally, Scottish actress Gayle Rankin shines as one of the breakout stars in Netflix's '80s wrestling dramedy GLOW, playing female wrestler Sheila the She-Wolf and will also join Grace in The Meyerowitz Stories as well appearing in The Greatest Showman, about the life of P.T. Barnum, as Queen Victoria.

Click through to read interviews with these rising stars and see more photos by Sophie Elgort.