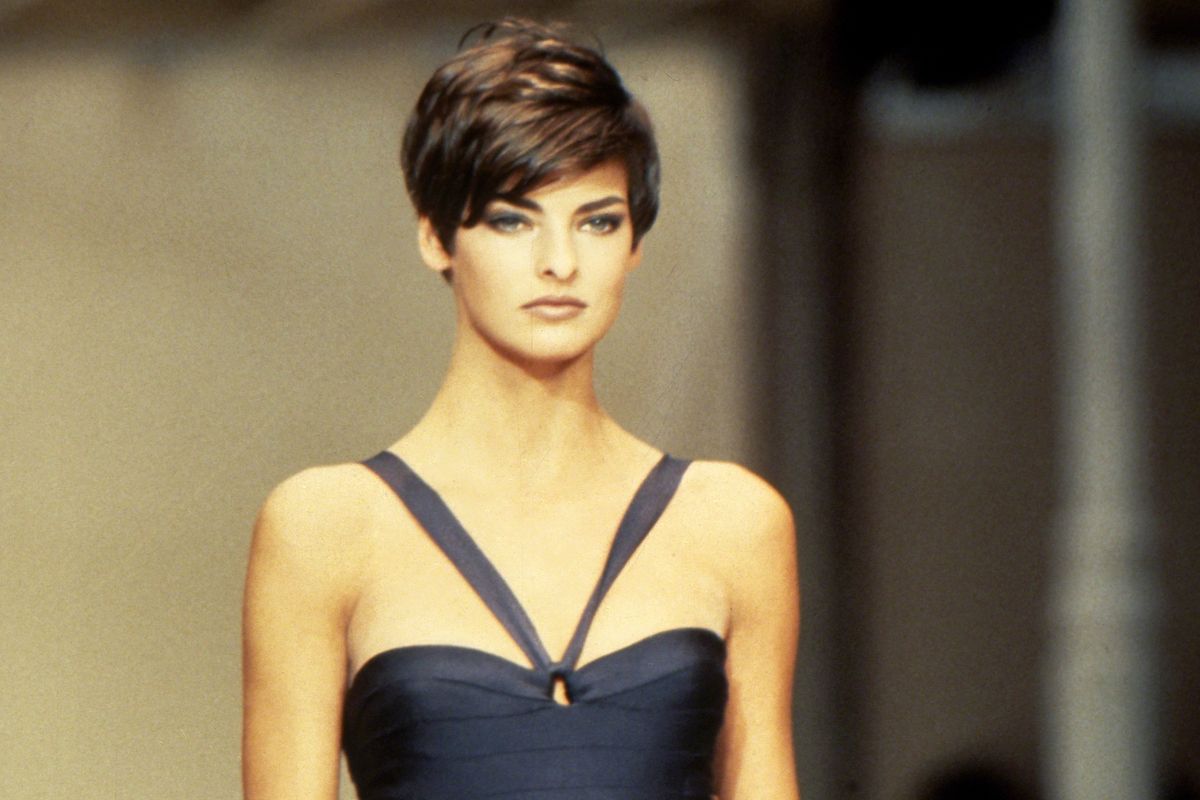 Hollyweird: Why Linda Evangelista Almost Quit Modeling as a Teen

"You're perfect, you're beautiful, you look like Linda Evangelistaaaa," Aja seethed at Valentina in season nine of RuPaul's Drag Race. But before Evangelista became a synecdoche for the modeling world, one of the OG "Big Five" supermodels, she found herself lost in translation, trying to escape Japan.

The teenager from backwaters Ontario almost quit the industry before she properly got started. "I took a modeling course in my hometown, St. Catharines, Ontario, Canada," she told Interview in 2013.

"It was sort of a scam. In order to work as a model, you had to pay for the classes. My mom paid for me. They sent me there at 16, and I was chosen by a Japanese agency to go over to Japan for the summer to work."

Her mom and dad, though they helped her enter local competitions, were rightly wary of their young daughter flying across the world to work.

"My parents were strict Italians who didn't let me go out past 10 o'clock, and I had to choose between going out Friday or Saturday night and was not allowed to have a boyfriend. But they said okay. I got there and it was a catastrophe," she said.

"They wanted me to take my clothes off and shoot me naked. It was a nightmare and I panicked and basically the Canadian Embassy helped me out. I was there about two days and went home, saying, 'I don't want anything to do with this ever again.'"

Luckily, Evangelista didn't give up completely. At the behest of her modeling agency, she entered the Miss Teen Niagara pageant, and a visiting scout from Elite — the same one who discovered Dawn Gallagher and Kim Alexis — gave her his card.