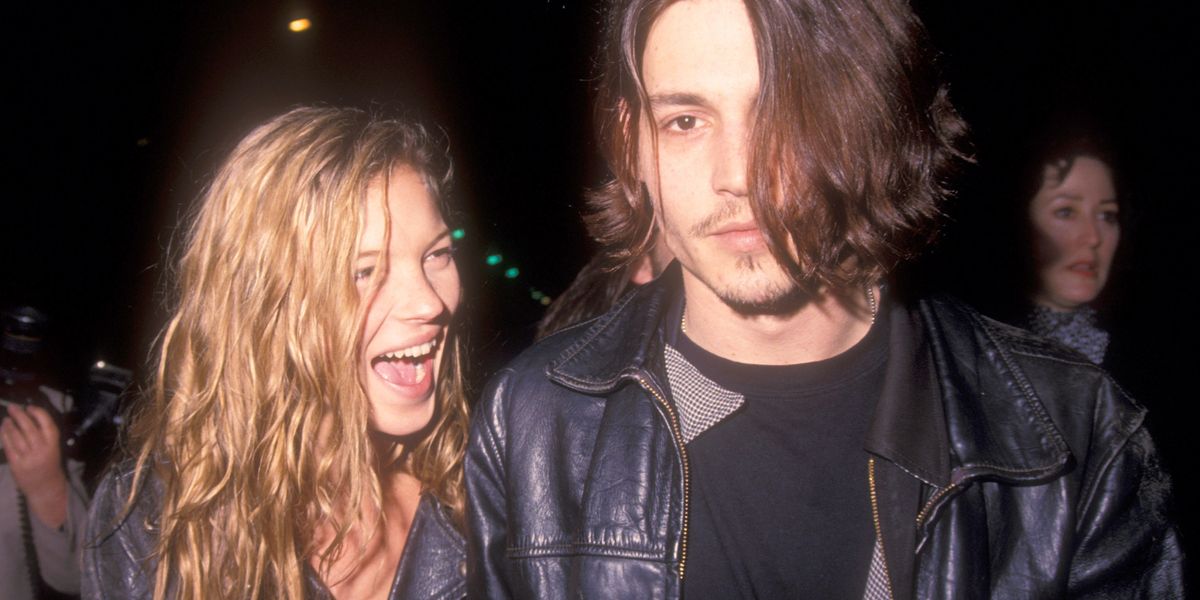 Those who mythologize the relationship of Johnny Depp and Winona Ryder will fondly recall their meet-cute at the 1989 premiere of Great Balls of Fire! in the lobby of New York's Ziegfeld Theater. Ryder was buying a Coke. They locked eyes. "It was a classic glance," Depp remembers, "like the zoom lenses in West Side Story, and everything else gets foggy."

We all know how that one ended. Post-"Winona Forever" tattoo scrub, Depp briefly had a fling with Gilbert Grape actor Juliette Lewis and This Boy's Life actor Ellen Barkin. Then he met his next serious girlfriend, a 20-year-old Kate Moss. He was 31. Though public record states that the supermodel and actor met at Tim Moore's famous Cafe Tabac in downtown New York, nobody knew how the two came together. Did he approach her? Was she a fan of his alt-rock band P?

Neither, actually. It was the fashion writer and former Vanity Fair columnist George Wayne who introduced Johnny and Kate, "one fateful night mid '90s at Cafe Tabac, which was the supermodel hangout back in the day!" he wrote on his Instagram. "Johnny was in the back having dinner and Kate walked in with Naomi [Campbell and I] grabbed her and made the introduction! I had no idea that they would then become the IT couple for seasons to come, destroying hotel rooms across the globe during their still unforgettable union!"

Their relationship lasted four years, and yielded gob-smacking tales of young love, like the time Depp presented Moss with a diamond necklace, "which he had hidden down the crack of his ass," she revealed on a British morning show. Or how about when he surprised her with a bathtub overflowing with $1,000 of champagne at a West London hotel?

When they broke up in 1997 — reportedly because of Depp's intense mood swings — Moss was distraught. "There's nobody that's ever really been able to take care of me. Johnny did for a bit. I believed what he said. Like if I said, 'What do I do?' he'd tell me. And that's what I missed when I left," she told Vanity Fair in 2012. "I really lost that gauge of somebody I could trust. Nightmare. Years and years of crying. Oh, the tears!"