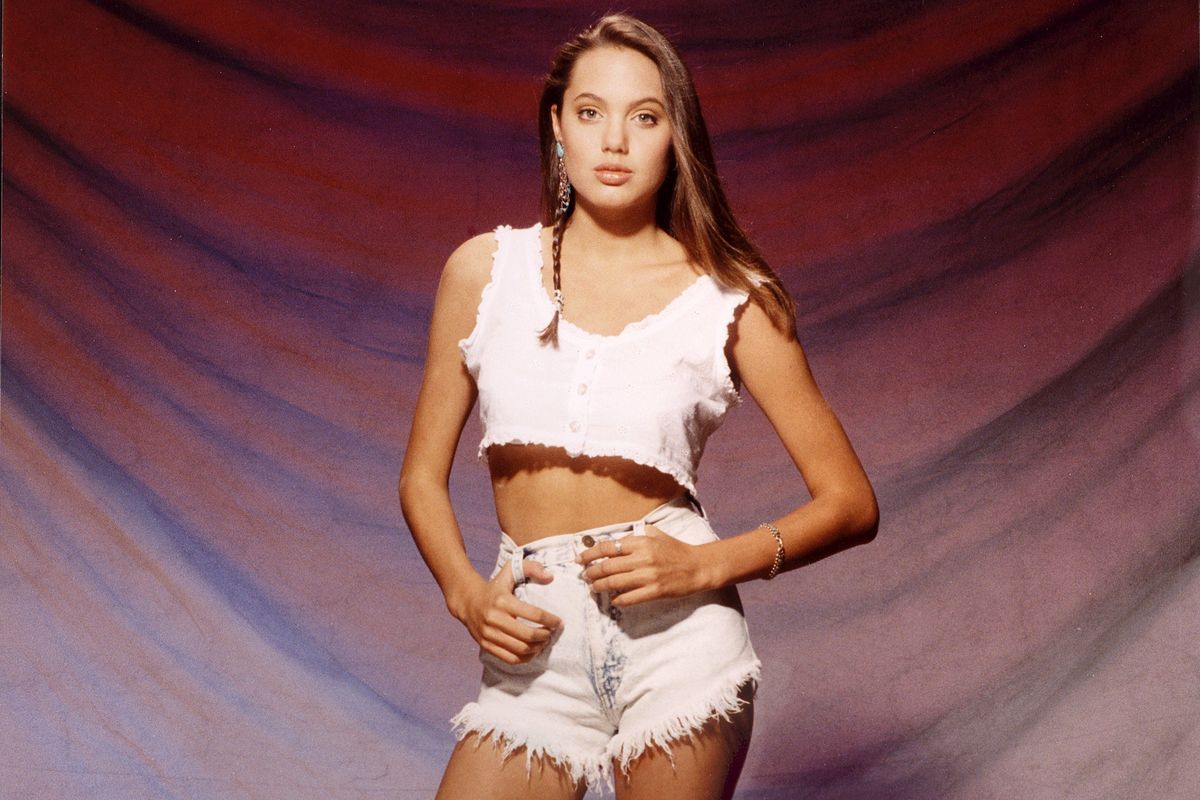 Angelina Jolie was only 17 when she filmed her first nude scene. And though there have been more dubious situations in which mid-pubescent actors have gotten their kit off for the camera before hitting the age of consent (Brooke Shields comes to mind), few, if any, have been emancipated for a role. That's what sets Angelina Jolie apart. She was, after all, living under her parent's roof with her boyfriend at age 14.

Playing an ass-kicking fembot in Cyborg 2 — an unrelated sequel to the original, 1989's Cyborg — was her first time on a film set. It called for her to do a topless scene. Casting for the role proved difficult. Director Michael Schroeder "read probably 50 actresses and model types," he told Hollywood Gothique in 2006. "It was really difficult to find somebody who had the cyborg quality but still has some kind of presence, and when this girl came in, I knew she had what it takes."

He continued, "Then I found out she's only 17, and we can't mess around with labor laws and welfare workers and school teachers. I just didn't have that luxury; I had to shoot, shoot, shoot. She had just finished high school; she had done her junior and senior year in five months."

When Schroeder discovered Jolie's father was the famous actor Jon Voight, the emancipation process was set in motion so she could film the scene without Voight awkwardly standing by like Thora Birch's father in American Beauty. "He knew a judge and made some calls, and we got her emancipated, because she had been living on her own for quite awhile. She just needed to file and get a judge to agree to it, so then we could just work, and we didn't have to give her special treatment [...] She was the most mature 17-year-old I've ever met."

Take a magnifying glass to Jolie's early home life and an emancipation will not be anything particularly out of the ordinary, but it still seemed a bizarre move for an actor's first toe dip into the shady workings of Hollywood. She wanted independence on her own terms, having been previously described by the New York Times as someone who "didn't have to wait for any man to get the job done."

Not everyone had a positive reaction to Cyborg 2, Jolie included. After seeing the film for the first time, she "went home and got sick," she told the New York Times in 2001. It has since been deemed Jolie's worst film by Entertainment Weekly, but some may still find it titillating.