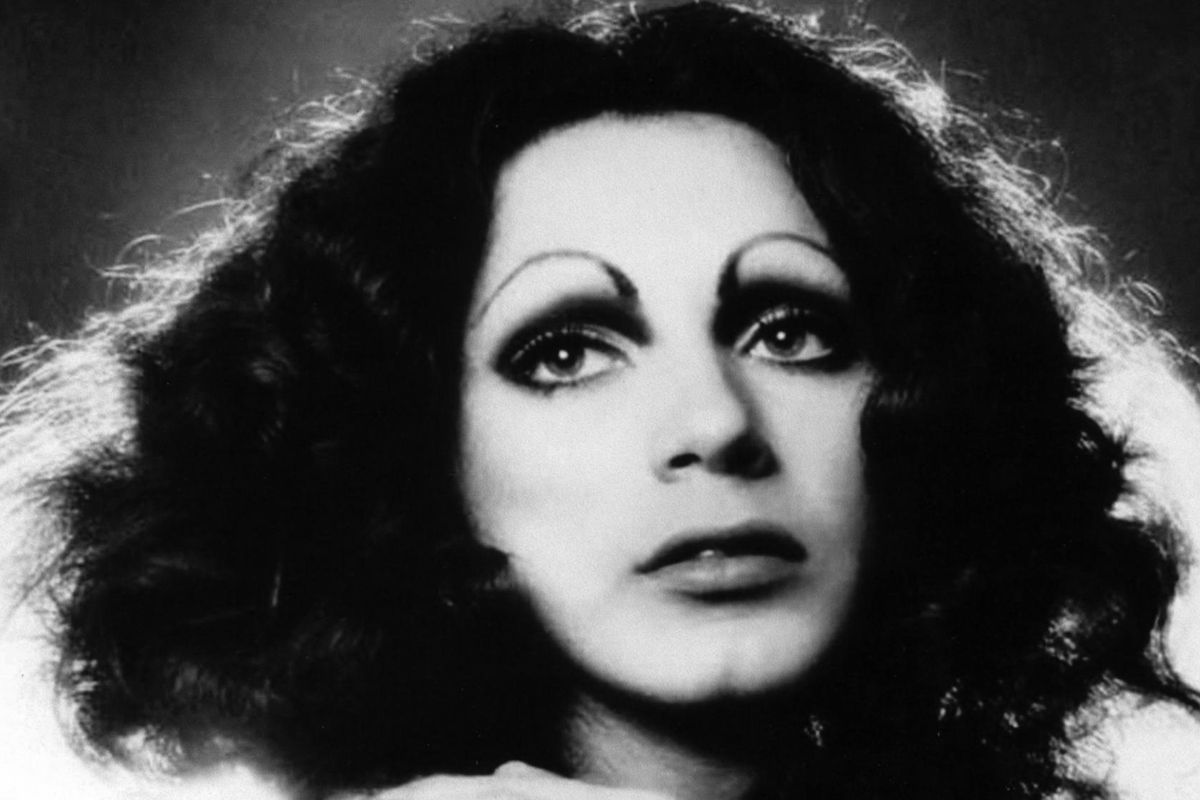 Inside this weekend's tribute at La Mama.

Friends, collaborators and fans of the dearly departed performer and Warhol Superstar Holly Woodlawn gathered at the storied La MaMa Theatre on 4th St. in the East Village this Saturday to share anecdotes, sing songs, and pay loving tribute to the pioneering transgender actress who died of complications from cancer this past December in Los Angeles at the age of 69. Between clips shown on a cinema style screen of her roles in the Warhol-produced cult classics like Trash (1970), Women in Revolt (1971) as well as the (non-Warhol) underground mockumentary Is There Sex After Death (1971), where her bedroom interview is one of the most breathtakingly compelling and strange scenes perhaps ever recorded, the people who knew Holly best retold their stories of when they met her, what drugs they were on and generally how much damn fun they had in her company. The afternoon was emceed by downtown performance artist Penny Arcade and featured Woodlawn intimates like our own Michael Musto, Agosto Machado, and John Vaccaro, founder of the avant-garde Play-House of the Ridiculous theater group, where Holly performed often in various roles, among others. Musto recalled a Rodgers & Hammerstein adaptation titled The Sound of Muzak whose poster had Woodlawn screaming "Shut your Von Trapps!" and Machado remembered a particular weekend on Fire Island with acid punch that ended with a police raid. Upon being told that the fuzz had arrived Machado remembers Holly's perfects response: "Oh I just Iove their music!"

To the group gathered at La MaMa, Holly was more than the opening lines of Lou Reed's1972 classic "Walk on the Wild Side" for which she is perhaps best known:

Hitchhiked her way across the U.S.A.,

Plucked her eyebrows on the way,

Shaved her legs and then he was a she.

To the assembled she was a confidant, mentor, downtown den mother, occasional liability, and mostly a source of humor and loving insight in the face of a sometimes harrowing life on the fringes of society and fame. To consider Holly within Reed's epochal song is to also remember her contemporaries and fellow trans performers he name dropped: Jackie Curtis and Candy Darling, who preceded her in death by several decades. They were the holy trinity of that seminal moment when the underground became pop and their specialness, charm, and talent could be celebrated in all of its brilliance and messiness. The span of culture she witnessed and helped shape from her appearance on the scene in the late 60s to her death at the end of last year is a wide swath of queer history that has seen the visibility of trans people grow exponentially in the past few years, though ironically and tragically, violence and discrimination hold fairly steady. The afternoon at La MaMa did not delve into politics but there was the sense that the community Holly and her ilk created, one that nurtured each other since no one else would, was dying out and that unflinching sense of community perhaps with it.

At the close of the service the author and actor George Abagnalo shared a story from the director Paul Morrissey about a moment during the filming of Women in Revolt when he pulled Holly aside to ask her why she was holding back in her performance. Her answer was simply that she didn't want to outshine Candy, who was the star of the film. The crowd upstairs at the Ellen Stewart theatre hushed and the touching moment of a generosity recalled came as no surprise to anyone who knew her. It wasn't the superstar they were remembering but Holly the friend, the lover, the kindred spirit, one you couldn't know in a song or an 8mm film, and one that will be deeply,