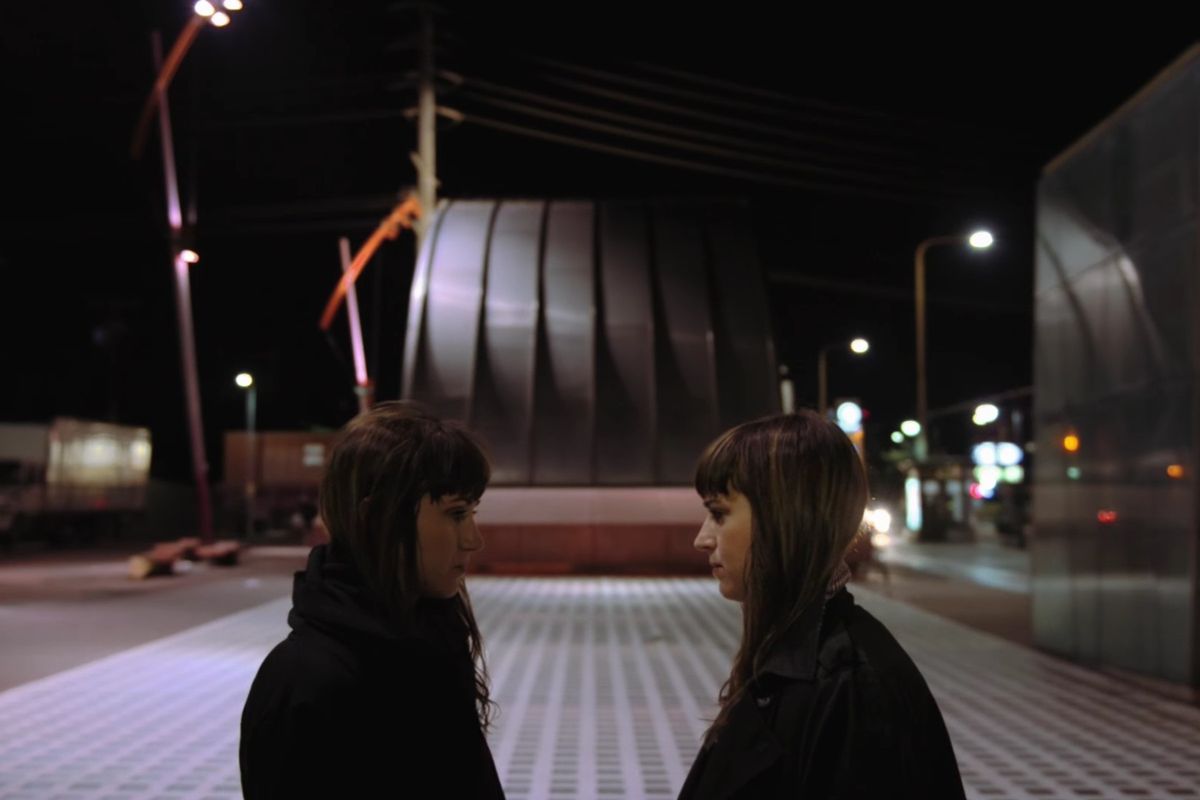 PREMIERE: Holly Miranda and Natalie Morales Make a Trippy Video For "Come On"

Over the past 15 years New York singer-songwriter Holly Miranda has earned her stripes in the music industry having started out with her rock band The Jealous Girlfriends before going on to play guitar for Karen O on her world tour. Miranda released her sophomore album, a self-titled LP, in 2015 and recently teamed up with The Grinder and Parks and Recreation star Natalie Morales on the new trippy, conceptual video for her glistening song "Come On." We're excited to be premiering the video and also hear more from both Miranda and Morales about the inspiration behind the clip, making the annual Out100 list, and "arty-farty" pop up shops.

You've been playing music and navigating the industry for a good 15 years. How does this experience help you in your current career state, and did it help shape the sound on your latest self-titled LP in any way?

Holly Miranda: I've had the opportunity to work with some really talented producers and musicians over the years, and I've always tried to really pay attention and learn as much as I can. This LP was my first time co-producing (alongside Florent Barbier), so I'm sure that experience came through in the sounds and the approach. As far as my career goes, I've seen the industry change a lot over the years, and I really just feel incredibly lucky that I get to keep making music. I take nothing for granted.

No spoiler alerts, but in your new music video for "Come On," you make out with a grim reaper-like version of yourself. Am I getting this right? How did the concept for this video come about?

HM: I wouldn't call it the Grim Reaper; to me, that version of me is more the darkness that is in us all. It's about confronting that side of ourselves and loving it. Loving ourselves wholly.

How did you get involved, Natalie? "Come On" seems to be quite the conceptual 180 from The Grinder.

NM: I've been writing and directing for a while -- shorts, music videos, Funny or Die stuff -- and Holly is a completely inspiring force. As soon as I heard her album I wanted to make videos for all her songs.

What's next for you project-wise, Natalie?

NM: Finishing season one of The Grinder, but I always have something up my sleeve. I like to think of myself as lazy but the truth is I can't sit still. I can't stop giving myself projects. There is a short documentary on Cuba that I'm working on as well as a Buster Keaton-themed feature that I can't wait to make.

Congratulations on making the annual Out100 list. You don't typically mix your music with your personal life although you did record a song on the album about the 2008 Prop 8 initiative. What role does being gay play in your music?

HM: I am out, but I think it's ridiculous that anyone even has to come out. Who I love is my business, but I also see the benefit for a younger generation to have figures who are loud and proud, someone to look at and feel like, "OK, I'm not a weirdo and I can navigate a life that is true to who I am." I had that and it helped me tremendously. But I think the idea that I need to label myself as "gay" is less for me and more for everyone else to know where to file me. It was important when I was 16 to say that out loud, but at 33 I am less inclined to put myself into a box. I don't know how it plays into my music, because it's just love. What is the difference if I'm singing about a woman or a man, can you tell?

You recently started your own online pop up shop. Could you tell us more about this and any other upcoming projects?

HM: I had a bunch of arty farty things floating around my apartment that I wanted to get rid of, so I made a little online store and sent them around the world. I'm always drawing on stuff, so I tend to accumulate piles and it turns out people want them, so why not? As far as other projects, I'm starting another record as we speak as well as putting the finishing touches on an 11-song Christmas album that I wrote with Ambrosia Parsley and Chris Maxwell that will be out in the Fall.