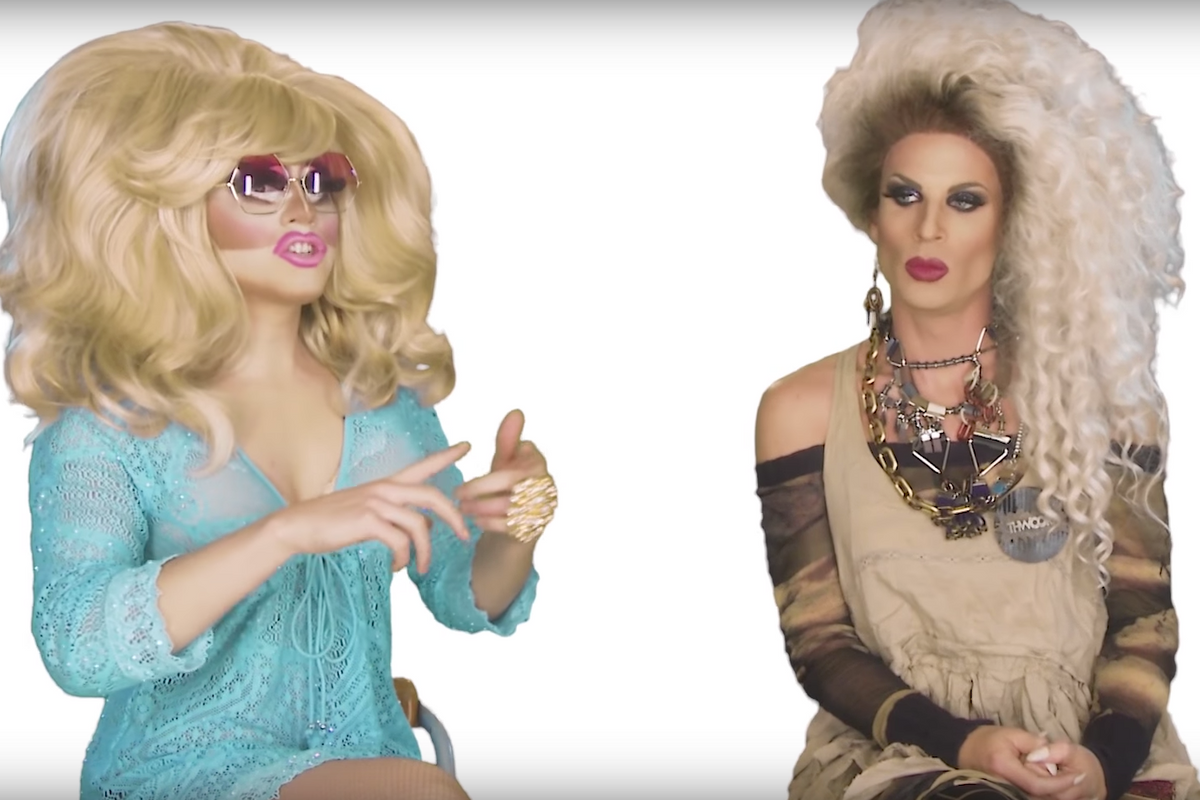 Hold On to Your Wigs: Katya and Trixie Mattel Are Getting Their Own TV Show

By the seventh season of the Emmy Award-winning reality competition show RuPaul's Drag Race, the franchise had reached a level of popularity so high that the producers could basically guarantee that every competing queen would be talented and well-rounded. Two of that season's queens, Katya Zamolodchikova and Trixie Mattel, were exactly that (bringing Charisma, Uniqueness, Nerve, and Talent, just like RuPaul asks) and they have parlayed their run on the show into a very successful YouTube series called "UNHhhh."

The best thing about "UNHhhh" is its lack of a real premise. Each episode of the World of Wonder-produced series (there are 57 so far) starts with the two queens referring to themselves in some funny way ("I'm the reason your dad left and the reason you are left-handed" is a personal favorite), followed by their brilliant tagline: "Welcome to UNHhhh, the show where we talk about whatever we want because it's our show and not yours."

Now, the lovely ladies are ready to leave our computer screens and jump onto our television screens (again). On November 1st, Viceland will premiere The Trixie & Katya Show, a "hilarious hybrid of late-night, daytime, and advice shows" that will star none other than, you guessed it, Drag Race's own Trixie and Katya.

Glue down your edges and Prepare yourselves.

While you wait, go ahead and treat yourself to the most recent episode of UNHhhh below.