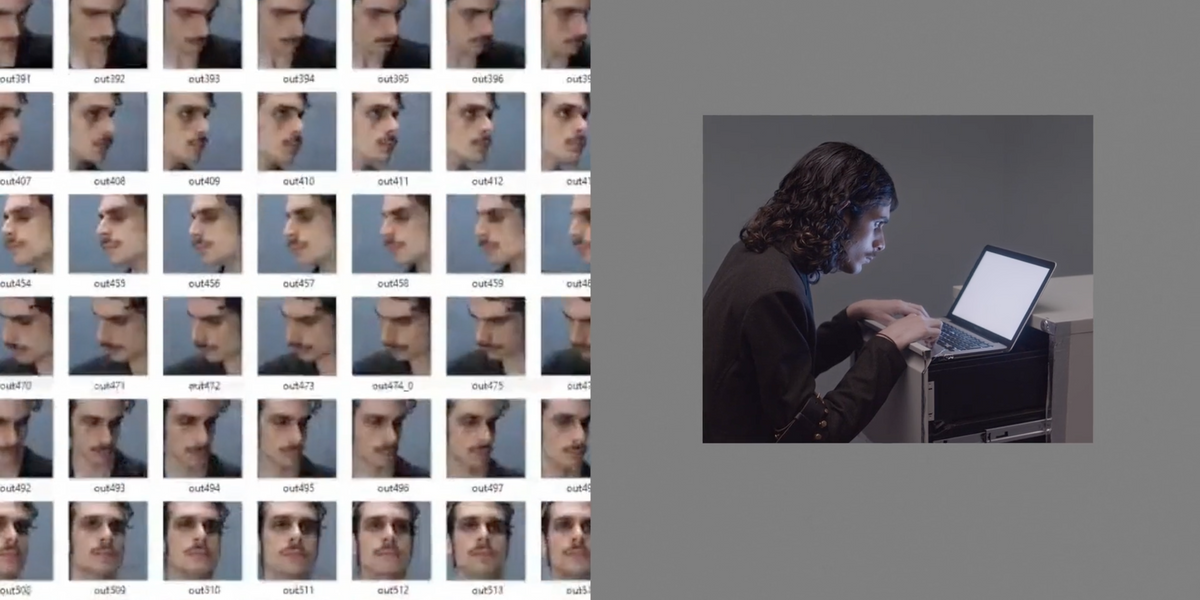 London-based six-piece HMLTD are the boy band of the future. Their music is a lush amalgamation of rock guitar riffs, crooned metal vocals, and electronic flourishes, and their gorgeously-styled videos consistently push gender norms. For their upcoming EP, the band has teamed up with genius pop producer Justin Tranter, who worked with Selena Gomez, Britney Spears, Justin Bieber, and Gwen Stefani.

Their latest video for "Pictures of You," the first single off that EP, is a moody ode to an ex. The band sings about being addicted to old pictures of a lover while scrolling through saved images on a computer desktop. The video gets distinctly more surreal as it goes on, as people's faces are swapped with images of other faces using Deep-Fake technology. The glitchy, avant-garde video questions the extent to which we have agency over our own images when they can be so easily visually manipulated via such technology.

HMLTD say about the video, "In the Internet age, nothing is ever truly removable, and no one entirely forgettable. The effect this has on love and heartbreak is tragic. 'Pictures Of You' was written as a song about masturbating to photos, sent by your ex-partner, that you can't delete. The video explores the narcissism inherent to this act: what you really lust after is not the person but the affirmation they provided. Self-love doubles up on itself. Duncan came up with the idea of using DeepFake technology to explore these themes. We look at old photos or videos and believe we still love the person in them, but really we just love that image of them. Then those images become mere vehicles for our own self-love. Like Narcissus himself, you lose yourself in the reflection offered up by these images and the tragedy is complete."