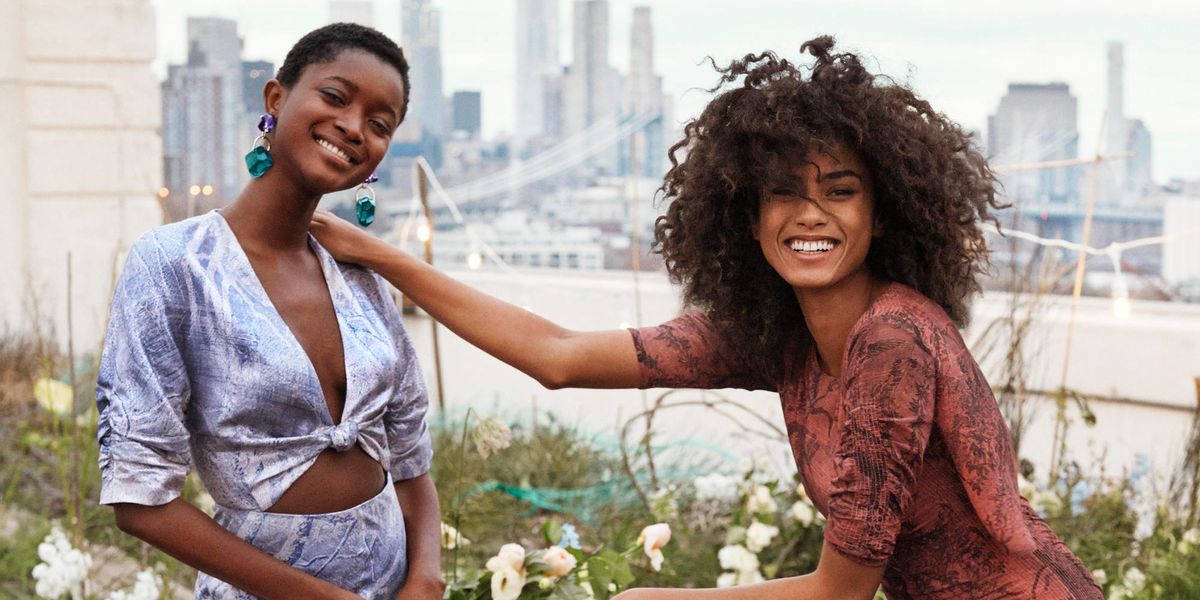 Since Swedish entrepreneur Erling Persson established Hennes, a women's clothing store that promised affordable, regularly refreshed fashion, in 1947, the brand — now known as H&M — has become a retail behemoth with over 4,000 stores worldwide. Throughout its 72-year history, H&M has maintained an unwavering dedication to fast, inexpensive style. The brand has conquered the basics category and democratized the runway through trendy product and countless collaborations with designers including Karl Lagerfeld, Stella McCartney, Balmain and Alber Elbaz. By the same token, it also remains one of the largest producers of garments in an industry that remains incredibly resource-intensive and responsible for perpetuating global warming. Acknowledging that it cannot ignore its role in the process, the brand has established one of the most extensive and ambitious sustainability programs in the fast-fashion market.

Since 2012, the H&M's Conscious Exclusive Collection has been a major experimental platform for that program. In its ninth edition this year, the range of nature-inspired occasionwear — complete with botanical brocade, prints pulled from feathers and magnified microorganisms, and a color palette informed by gemstones — hits stores on April 11 and features a trio of innovative textiles. Joining recycled polyester and organic cotton in the 35-style collection, are pieces made with Piñatex, a material derived from pineapple leaves that mimics leather, a silk-like textile made out of citrus peels dubbed Orange Fiber, and an algae-based foam used to make soles for footwear.

"By 2030 there will be 8.5 billion people on the planet," H&M's Environmental Sustainability Manager Cecilia Strömblad Brännsten noted at a press conference in Berlin earlier this year. "If we continue to use resources as we are today, we will need two planets to meet their needs." H&M hopes to increase the share of sustainable materials in its total material use by potentially scaling up fabrics made from industrial waste and seeking out additional environmentally friendly materials through its foundation's Global Change Award. By 2030, the company will transition to using only organic, recycled, or other sustainable materials (according to Brännsten, it's already at 57%) to achieve an entirely circular model.

But it can't stop at raw materials. In order to meet its goal of overall climate positivity by 2040, H&M also has to address its operations. "The design process is still quite old fashioned," H&M Creative Advisor Ann-Sofie Johansson admits. "When I started in the late eighties we did everything by hand. In the nineties, the computers came making things easier and quicker, but it's time for the next step when it comes to tech and designing." The company recently introduced VR fittings and 3D technology for product prototypes that eliminate unnecessary sampling and shipping. It's also reevaluating its use of data to better predict what consumers want. "It's incredibly unsustainable to make clothes that no one wants to wear," Johansson attests.

Regardless of whether or not consumers want them, the fashion industry as a whole produces roughly 80 billion new garments annually according to the 2015 documentary The True Cost. While H&M has collected 20,000 tons of existing clothing annually since launching its recycling initiative with I:CO (a German garment recycling company) in 2013, at the end of quarter 1 last year, it was sitting on $4.3 billion in unsold clothes. In 2017, the company was accused of burning 60 tons of garments in Denmark over the course of 4 years. H&M denied that it incinerates usable clothing, explaining that these garments were torched because of mold damage and excessive levels of lead and chemicals. Since that controversy unraveled, the brand launched its Take Care initiative in France, Norway, Denmark, and Sweden. The program, which allows customers to bring their clothes into H&M stores for repair and refitting irrespective of brand, also hosts free workshops that advise on garment care.

"It takes time to get the consumers to a place where they want to mend something again," Johansson says. "We're not very used to that, so a change in mindset has to take place." Indeed, fast fashion brands have trained consumers to think of clothing as disposable for years. Even then, business consultant Julie Gilhart is hopeful that consumers will respond to it. "I think it'll work," she says assuredly. "They're engaging the customer with this service," Gilhart says. "You can talk to [customers] from the point of purchase to the end of a garment's life. That's brilliant, because you're never letting go of your customer. That's real circularity."

In addition to the aforementioned moves, H&M unveiled a plan last year for recycling waste water, and recently became a signatory of the New Plastics Economy Global Commitment. Considering the lack of action on the part of its competitors, H&M is taking bold, unparalleled steps. However, its business model is still rooted in producing large quantities of product at a rapid rate. "Consuming less and making less is really the best way to go," Gilhart says. "Is that possible right now? Maybe not." No matter how much critics may want to hear it, "It would be unrealistic for a company of H&M's size and age to say that it's going to start producing less right away," Gilhart adds. "But maybe one day we'll get there."

Gilhart may be right; the pursuit of complete circularity could lead to other changes. Until then, critics of the brand, will have to trust that H&M can keep up with its specialized teams and subgoals to achieve its larger sustainability ambitions. "We're putting together the pieces of the puzzle. There is a roadmap that's constantly being developed and evaluated," Brännsten says. "Our founder Erling Persson once said that he wanted 'to sleep well at night knowing we have done the right thing.' We're working on that every single day."