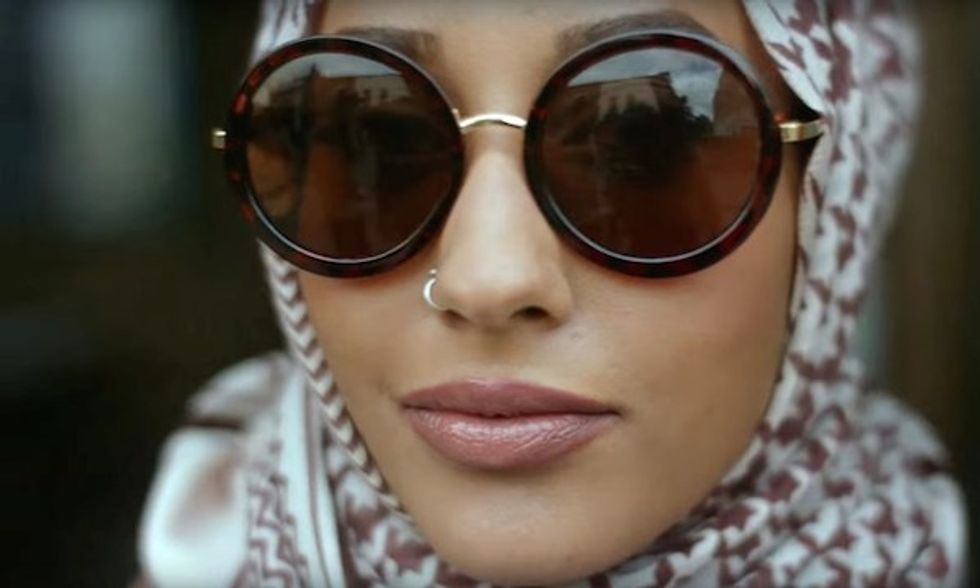 By Sandra Song
PAPERMAG
photo via Youtube
H&M's latest sustainable fashion campaign stars a London-based model named Mariah Idrissi, who also happens to be a devout practitioner of Islam -- making her the first hijab-wearing model in the store's history.
Idrissi, who is of Pakistani and Moroccan descent, stars in the retailer's Close the Loop campaign video, which promotes their new in-store clothes recycling program -- alongside a diverse casting of models that also include an amputee, a Gulf Sheikh and a group of Sikh men.
Discovered via Instagram, Idrissi told Fusion that, "it's amazing that a brand that is big has recognized the way we wear hijab. It might be because hijab fashion has boomed in the last few years and to finally see a hijabi in mainstream fashion is a big achievement." And we're inclined to agree. Hell yes, H&M.
Watch the campaign video below.
[h/t Fusion]
You May Also Like
Beauty