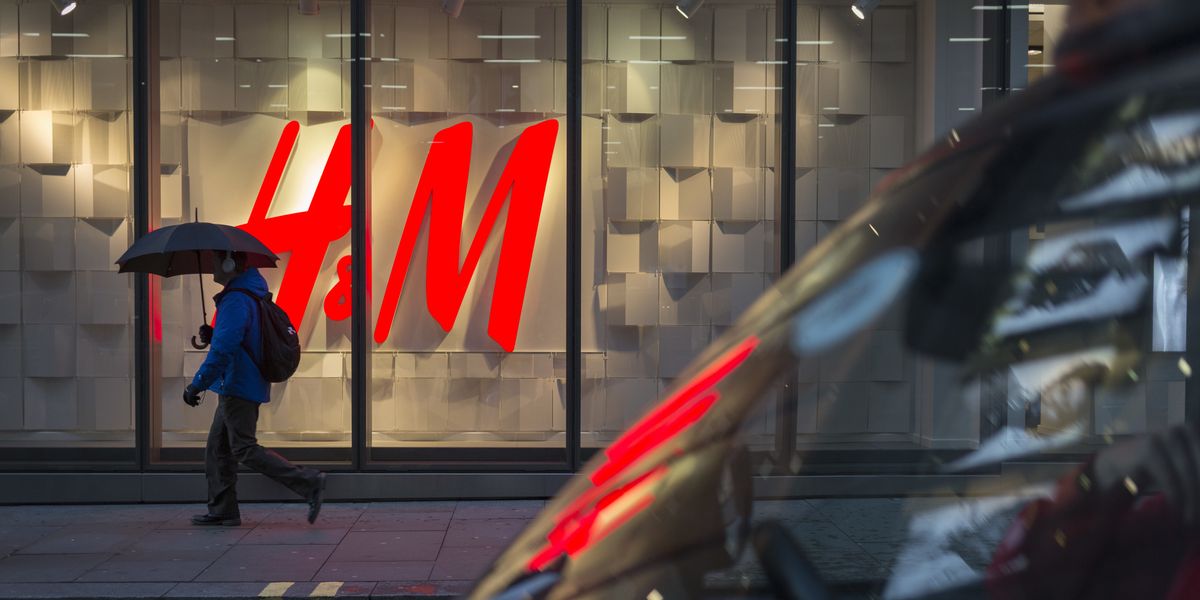 Oops, they did it again: H&M is in hot water yet again over a new product that has been accused of cultural misappropriation.

The Swedish retail giant has been called out this time for a range of socks bearing a pattern appearing to resemble the word Allah, in Arabic lettering. H&M says the print was intended to be a Lego figuring holding a jackhammer. Upside down, it appears similar to the Arabic language.

Since last month's inexcusable H&M ad featuring a black child model wearing a racist hoodie, the company has promoted a diversity hire from within. That initial offense led to a large public outcry ranging from store break-ins, boycotting, and high-profile stars ranging from The Weeknd to Questlove disavowing the brand.

Thankfully, this time, things didn't have to go from bad to worse, as the brand recalled the item in question right away.

"At H&M we always aim to offer products that we believe our customers will appreciate," said an H&M spokesperson to British Vogue. "The print on this sock represents a Lego figurine, any other meaning is entirely coincidental and we apologize if this motif has offended anyone."

Big sigh. But, like, how many times, y'all? How many "next times" do we need?