On Saturday night, we started off at the May Fair Hotel for PPQ’s famously popular after party -- and it did not disappoint, kicking off the evening’s festivities in typically exuberant style. We walked in behind Alexa Chung to find an absolute circus: lit-up dance floor, pick n’ mix marshmallow bar, glow sticks (which came in handy later for lighting up inside of my cavernous handbag) – and a mime artist sitting in a giant Martini glass blowing bubbles! Lots of cute rocker boys and typically hot party girls were crammed at the bar choosing cocktails – we only had time for a Berry Cauldron (champagne, sherry and berries???) before we had to rush off to the Daily Rubbish party, where Paloma Faith was due to perform. Stacks of Ferrero Rocher and a stellar nineties mix from the DJ kept us on the dance floor there long enough to feel the heat, but then it was time to hotfoot it to the Browns Focus/Mark Fast party at the Groucho Club – and this was the really hot ticket of the night. With Alison Mosshart of The Kills on the decks, the intimate party was kept rocking until the wee hours. Jealousy nearly crippled us as we looked at all the Browns Focus girls wearing Mark Fast’s unbelievable sexy body-con dresses, but we were thrilled to get a pair of his tights in our goodie bags at the end of the night. Fixation of the evening was most definitely the incredibly beautiful Natalia Vodianova, who stood at the bar surrounded by a constant horde of bewitched admirers. We stayed on the dance floor instead, enjoying The Velvet Underground with Mark Fast himself – he’s quite the mover! 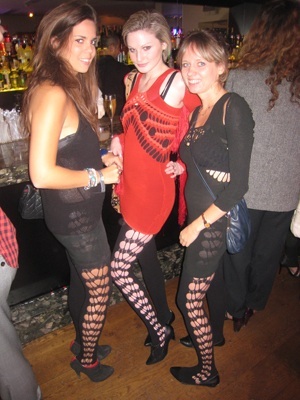 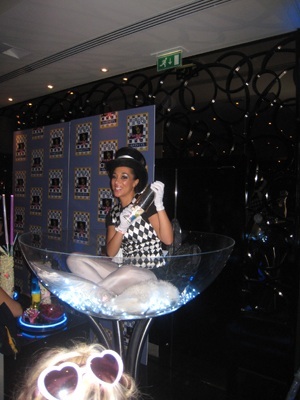 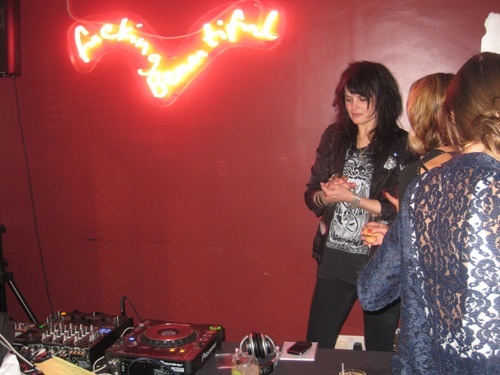